Quarantine time could be cut under ministers’ airport testing plan

The quarantine time for some travellers arriving in the UK could be nearly halved under a plan being worked up by ministers.

Health Secretary Matt Hancock revealed he is trying to reduce the 14-day isolation period for those coming in from countries with concerning coronavirus rates down to eight days.

The move has been called for by travel industry figures and the Labour Party to revitalise one of the industries hardest hit by the COVID-19 pandemic, with the boss of Heathrow Airport telling the government last month to “get a grip”.

Mr Hancock hinted a breakthrough could be close, ahead of a statement due to be made by Transport Secretary Grant Shapps later on Monday on “international travel”.

The health secretary told LBC: “We are working to try to find a way to allow for the quarantine to be reduced, but done in a way that also keeps people safe.”

He explained that one test at the border “doesn’t work” as the virus can incubate – meaning it is not able to be picked up in the early stages.

Asked if travellers could then get a second test after eight days’ quarantine which if returned a negative result could release them, he said “I’m not just made aware of it, I’m working with Grant Shapps” on the plan.

It is “one of the things we’d like to bring in as soon as it’s practical to do it”, Mr Hancock added, confirming: “It is something we’re working on.”

Tens of thousands of travellers have been hit by changes to the list of countries where anyone arriving from must isolate, usually updated on Thursday or Friday.

Last-minute briefings and quick jumps in coronavirus cases have led to people scrambling to get home to avoid a lengthy quarantine – often because they cannot afford to miss work or do not want their children to miss more school – but being hit by higher flight prices.

Popular tourist destinations including Spain and France are among the places where travellers have suddenly faced the news they will have to isolate when they get back.

And different lists by each UK nation have led to some anger and confusion about how ministers are interpreting the same data and reaching different decisions.

Changing the quarantine length could deepen that frustration, if England cut it while Scotland, Northern Ireland and Wales kept their policy of 14 days. Train services increase amid evidence of ‘modest’ return to work 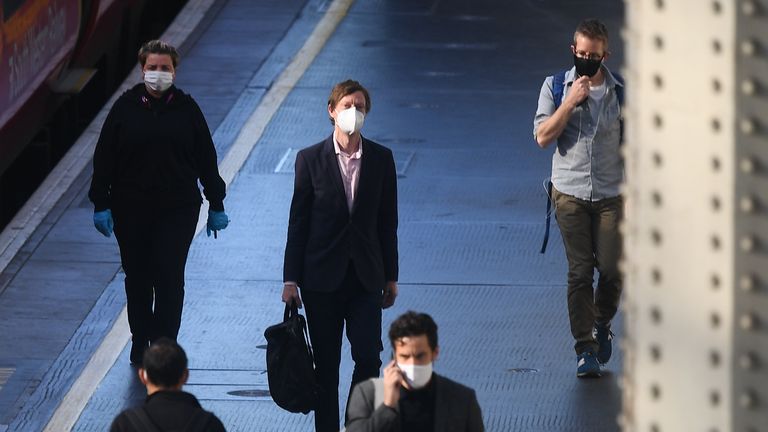