The UK Internal Market Bill is causing friction between the UK and the EU after reports said it will override key parts of the Brexit agreement.

Due to be published on Wednesday, the bill was proposed in July and sets out the UK government’s plans to ensure trade between all four home nations remains barrier-free after the Brexit transition period ends on 31 December 2020.

One of the major issues is how that can apply to Northern Ireland when it shares a border with the Republic of Ireland, which will remain in the EU.

People with knowledge of plans for the bill told the Financial Times that sections of it will legally override parts of the Northern Ireland protocol, which was signed alongside the Withdrawal Agreement last October.

Sky News explains what the UK internal market is, what the plans are for it and what the Northern Ireland protocol involves.

What is the UK internal market?

Dating back to 1706 and 1707, when the Union between England, Wales and Scotland was created, the internal market ensures there is “open and unhindered trade” across the UK’s four nations.

When the UK joined the then-European Economic Community in 1973, most of the British trade laws were replaced by European laws.

The devolution of powers to Scotland, Wales and Northern Ireland in the 1990s was made within the context of EU membership, so they had power over some policy areas, such as agriculture, but they could not contravene EU law.

What is the purpose of the UK Internal Market Bill?

The Internal Market Bill aims to maintain the joined-up market to ensure all four of the UK’s nations are not limited by regulations determined by each devolved government.

It also aims to guarantee the international community has access to the UK as a whole, knowing the standards and rules are the same throughout.

When the UK leaves the EU, the devolved powers will have no constraints from the EU so could set up their own rules on issues like food safety.

The bill aims to create common rules that apply across the whole of the UK – essentially replacing the EU’s role as the ultimate arbiter of most trade policies.

What are the bill’s proposals?

The bill proposes to bring forward legislation that will enshrine “mutual recognition and non-discrimination”.

Mutual recognition is defined in the bill as making sure any goods, services and qualifications that can be sold or used in one part of the UK can also be in another part of the UK – with some exceptions for Northern Ireland as laid out in the protocol (scroll down to read more on the protocol).

Non-discrimination laws would make it unlawful for any of the four nations’ governments to introduce rules or regulations that would favour goods or services in one part of the UK over another.

An independent body to monitor how the UK’s internal market is functioning is also proposed in the bill to oversee the implementation of these principles and to consult with businesses and consumers.

But, the bill says this could not lead to the body directly overturning the decisions of a devolved government.

It also promises Edinburgh, Belfast and Cardiff will be given new powers to create their own laws in 160 policy areas once the transition period is over.

What is the Northern Ireland protocol?

A crucial part of the Internal Market Bill, and therefore the Withdrawal Agreement, the Northern Ireland protocol aims to avoid the introduction of a hard border on the island of Ireland in the event of a no-deal Brexit.

It states that Northern Ireland will remain part of the UK’s customs territory so if the UK signs a free trade deal with another country, Northern Irish goods would be included.

However, Northern Ireland will have to stick to some EU rules to allow goods to move freely into the Republic.

Goods moving from the rest of the UK to Northern Ireland will not be subject to a tariff unless they are “at risk” of being moved into the EU afterwards.

Environment Secretary George Eustice said there will need to be “some checks on some goods” and “some customs processes but not customs checks” at the border with the Republic.

Goods coming from Northern Ireland to Great Britain can have “unfettered” access, according to the proposed Internal Market Bill.

This means that goods sold in Northern Ireland will be accepted everywhere else in the UK, but the reverse may not be true. 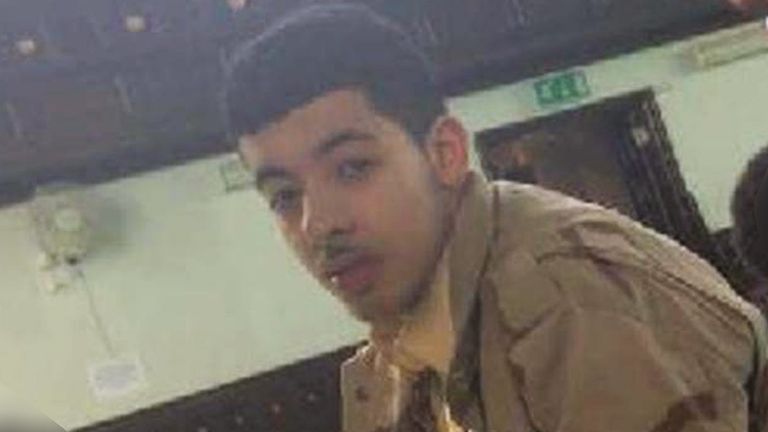