A spike in young people getting COVID-19 will result in more older people being admitted to hospital with the virus, scientists have warned.

Dr Adam Kucharski, infectious disease epidemiologist at the London School of Hygiene and Tropical Medicine, said it could be just a few weeks until the UK sees an increase in older people being admitted to hospital after the spike in young people testing positive.

England’s deputy chief medical officer, Jonathan Van-Tam, has warned there has been a marked rise in cases in the 17-21 age group and urged people to “re-engage and realise that this is a continuing threat to us”.

The latest Public Health England (PHE) data found the 20-29 age group now has the highest coronavirus infection rate, with 28 people infected per 100,000 people in England in the week ending 30 August.

Over the summer, cases have risen faster in younger groups than any other, with cases tripling in the 20-29 age group at the end of August compared to the first week of July – when it reached its lowest point.

At the end of August, the rate in the 10-19 age group was four times higher than in the first week of July.

The oldest age groups – over 70 – have seen the largest decrease in infection rates while middle-age groups have seen a slight increase.

Dr Adam Kucharski said: “The message needs to be that young people can infect older people because they think ‘I’m young so I’m not at risk’ but we have such a dense social structure you’re only two steps away from another age group.

Dr Kucharski warned that once you see an increase in cases in older people “it’s very severe” as you will then see worse outcomes such as hospital admissions or deaths.

Dr Andrew Preston, an infectious diseases microbiologist at the University of Bath, is preparing for students to return over the next couple of weeks and will be running small lab sessions with first years.

He said: “There will be a big influx from that age group into our community and the danger is you might build up large sections of infection which are asymptomatic or have hardly any symptoms.

“SAGE (the scientific group advising the government on COVID-19) has identified December as a really troubling time because those students then go across the country and to all age groups.”

Dr Preston, 51, said he thinks students should be returning as the economy needs to open, but added: “It will be interesting to know how I feel when I’m standing in front of students. I will be wearing a mask.”

He said there will be an uptick in cases in students, which is why testing needs to be increased and expanded to not just people with symptoms so that those who are asymptomatic can be caught so they do not pass it on to others.

Dr Kucharski agrees that there should be more testing and said it needs to also get quicker otherwise “you’re already tracking an epidemic that has happened”.

He also wants to see more targeted testing and restrictions to avoid an all-out lockdown.

“If we can identify where the risk is we can be much more targeted,” he said.

“Test and trace isn’t just to help the epidemic, it means the government can be targeted in imposing restriction measures.

“You can change the targets based on that data.

“Scaled up testing, especially in environments leading to risk such as vulnerable groups, will help – the more situational awareness we can have the better it will be.”

Newcastle’s Cabinet to meet in person

Tributes after death of Coronation Street and Phoenix Nights star 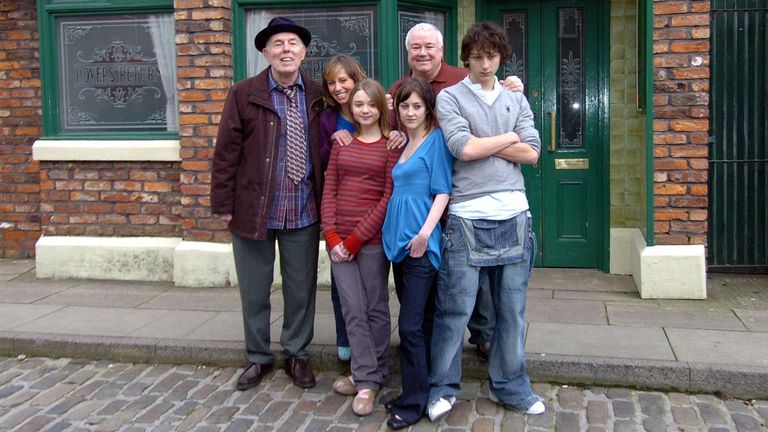