The economy remained 11.7% below its coronavirus pandemic peak in July as the UK emerges from its sharpest recession on record, official figures show.

The Office for National Statistics (ONS) reported gross domestic product (GDP) grew by 6.6% in the month as more parts of the economy awakened from the enforced hibernation of the COVID-19 lockdown.

The deep sleep for activity sparked the largest recession in UK history in the second quarter of the year – a slump of 20.4% – driven by the first full month of COVID-19 restrictions in April.

Month-on-month growth was recorded in May and in June.

ONS director of economic statistics Darren Morgan said of July’s growth: “While it has continued steadily on the path towards recovery, the UK economy still has to make up nearly half of the GDP lost since the start of the pandemic.

“Education grew strongly as some children returned to school, while pubs, campsites and hairdressers all saw notable improvements.

“Car sales exceeded pre-crisis levels for the first time with showrooms having a particularly busy time.

“However, both production and construction remain well below previous levels.”

The update was released as ministers come under greater pressure to heed warnings of a deepening employment crisis as the Job Retention Scheme, that has supported wages of almost 10 million people during the crisis, is wound down.

A committee of MPs became the latest group to join the bandwagon on Friday, calling on Chancellor Rishi Sunak to introduce targeted support for sectors still struggling to reopen because of coronavirus rules.

There are dire predictions, most recently from the Bank of England, that the UK could have three million unemployed by the end of the year, while business groups argue an exit from the EU without a trade deal in January risks deepening the damage.

After the ONS update, Mr Sunak said: “While today’s figures are welcome, I know that many people are rightly worried about the coming months or have already had their job or incomes affected.

“That’s why supporting jobs is our first priority and why we’ve outlined a comprehensive Plan for Jobs to ensure nobody is left without hope or opportunity.

“We’re helping people return to work with a GBP1,000 retention bonus for jobs brought back from furlough. And we are creating new roles for young people with our Kickstart scheme, introducing incentives for training and apprenticeships, and supporting and protecting jobs in the tourism and hospitality sectors through our VAT cut and last month’s Eat Out to Help Out scheme.”

Yael Selfin, chief economist at KPMG UK, said of July’s GDP figures: “Expect more of the same in August owing to the boost from the Eat Out to Help Out scheme.”

But he added: “The risk of a second wave of infections in the autumn could derail the nascent recovery and put the economy into a lower gear.” Premier League season like no other: Will crowds come back? Will we even finish 2020/2021 fixtures? 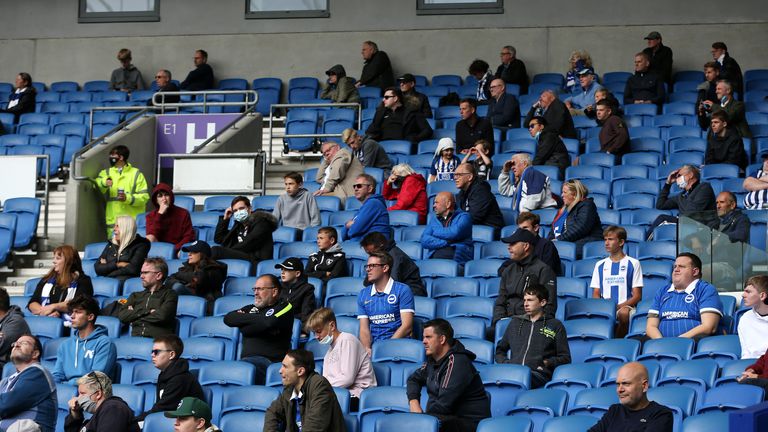