Rapists and violent offenders to stay in jail for longer

Violent and sexual offenders will have to serve more of their prison sentences under a series of reforms being outlined by the government.

Those convicted of rape, manslaughter and GHB with intent and jailed for between four and seven years would have to serve two-thirds of their time, instead of being eligible for release half way through their sentence.

And whole life orders with no prospect of release will be able to be handed out to 18-20 year-olds in exceptional cases.

Courts can currently only give such a term to people aged over 21. That meant Hashem Abedi, who was 21 at time of the Manchester Arena bombing which killed 22 people, could not be given a whole life order for his role in the attack.

Instead he was jailed for a minimum of 55 years.

Other reforms may include burglars having to wear a GPS tag when they are released from prison, under new plans announced by the government.

Convicted robbers’ whereabouts will be able to be monitored by probation officers and shared with police for the first time.

Thieves are being targeted by the policy coming into force in England and Wales as re-offending rates among them are highest across all types of offences.

Justice Secretary Robert Buckland, who will set out further details on Wednesday, said it would result in a system that is “fairer, smarter and ultimately better protects the public”.

But Labour said it was “hypocritical” of the government to “play tough on law and order” given it admitted it wants to be able to break international law by overriding the EU divorce deal.

The government will also include making community sentences tougher by doubling the length of time offenders can be subject to curfew restrictions to two years.

The orders can be made more flexible to help people keep their jobs, for example by having fewer restrictions from Monday to Friday but then stricter curfews of up to 20 hours at weekends.

For criminals who stay out of trouble, the requirement to routinely disclose offences to employers for non-sensitive roles will be reduced.

Custodial sentences of up to a year will become spent after a further 12 months without reoffending, instead of four years, while terms of one-to-four years will no longer be disclosed after four crime-free years – down from seven.

Mr Buckland said: “For too long our justice system has been beset by complex and confusing laws which the public often feel fail in their most essential aims – to keep them safe and properly punish offenders.

“Our measures will ensure the most serious violent and sexual offenders get the prison time they deserve, while new community interventions and changes to rules around criminal records will help boost rehabilitation and cut reoffending – which means creating fewer victims.”

But Labour contrasted the Conservatives’ stance on law and order to a senior ministers’ admission a bill being pushed through parliament breaks international law.

“It is totally hypocritical for Boris Johnson to play tough on law and order in the same week that he ordered his MPs to vote to break the law,” shadow justice secretary David Lammy said.

“The Conservatives’ rhetoric on crime never lives up to the reality. Under this government we have the lowest charging rate for reported crimes since records began.

“Labour will scrutinise this proposed legislation on sentencing closely. Our priority is to keep the British public safe.”

Thomas Cook is back selling holidays as pandemic shocks tourism 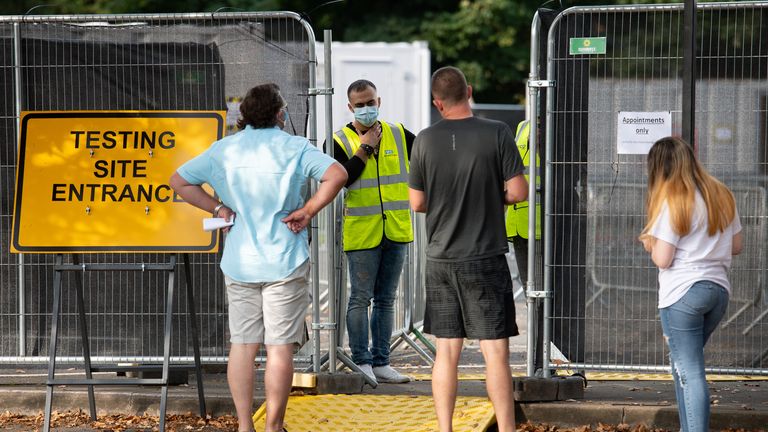