The contact-tracing app is being relaunched – so what’s new?

The government will finally release a mobile phone app on Thursday that people in England and Wales can use to establish whether they may have been exposed to coronavirus.

The launch follows the ignominious scrapping of the previous app despite months of development, although some features are being incorporated into the new design.

It comes after the NHS and government seem to have recognised that to get a working app on to Britons’ smartphones they needed to work with, rather than against, the companies which provide the technology powering them.

The new app will use a COVID-19 exposure notification system which Apple and Google have built in to the new versions of their mobile operating systems, iOS and Android.

Privacy has been a big focus for both companies, and even before downloading the new app users will need to turn on the exposure notifications feature, but can turn it off at any time.

If it is on, instead of sending data to a public health authority, the phone will use Bluetooth to retain on the device a collection of protected IDs remembering all of the other phones it has been near.

The team developing the app across government and NHSX – the health service’s digital unit – have built an algorithm which they say is able to establish how great the risk is that someone has caught the virus, based on Bluetooth signals.

Not everyone who passes each other by will be considered a potential contact. Instead, their contact score will be given a weighting based on the distance between the phones and the duration they were close together.

Exposure notifications are alerts people will receive when someone they have been close to for a significant amount of time – perhaps within two metres on a long bus journey – tests positive for coronavirus.

If, after receiving an alert, a user gets tested and finds out they too are positive for COVID-19, they can voluntarily send an alert to the protected IDs stored on the device.

If these contacts recorded by the phone meet the bar set by the NHS algorithm, then the app will instruct them to self-isolate too.

This kind of functionality was planned for the previous app – but because the government had not complied with Apple and Google’s requirement to keep this data on the devices themselves, it struggled to record potential exposures.

One of the other new features is a QR code system. Businesses including pubs, restaurants, hairdressers and cinemas are being urged to ensure they have NHS QR code posters visible for customers to scan using the app and check-in.

The QR codes are designed to help businesses automate the new legal requirement to record customers’ contact details, along with details for staff and other visitors to the premises.

The businesses themselves will continue to take customers’ details just as they have done throughout the pandemic, but the app itself will help the user keep a record of where they’ve been.

In this way the app will assist traditional manual contract-tracers while also allowing users to check any symptoms and see if they need to self-isolate.

For its second attempt at a contact tracing app, the UK government has introduced several new elements – but the essential problems it faced the first time round still haven’t gone away.

Perhaps the most notable new element is the contact-tracing technology. Whereas the first app was built in-house, this time it uses the toolkit provided by Google and Apple.

This has been deployed in many other countries, including Northern Ireland, Scotland and the Republic of Ireland.

Results on its effectiveness are still few and far between, but there are no complaints about its privacy protections, so at least on that front people should feel safe using it.

The app also has some new features, in particular a QR code scanner for checking into venues.

The government has changed the law in England to make it illegal for certain premises not to display a QR code and collect people’s details, so this is going to become a big part of everyday life.

And this is where the problems come in: not technical ones, but trust and transparency.

Anecdotally, there are still real issues of trust about this app; yet as the government hasn’t released any data from its pilots, it’s impossible to know whether these have been overcome.

Crucial elements of the app’s functionality, such as the decision whether or not to share your test results with contacts, are entirely voluntary. Gaining trust for them is going to be vital if this tool is going to work.

UK volunteers to be deliberately infected with coronavirus to test vaccine 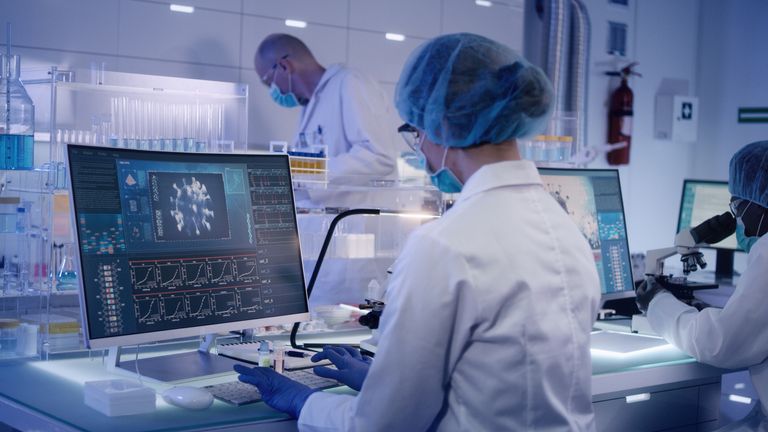