They include a 10pm curfew for pubs and restaurants and add to measures already in place, such as the ‘rule-of-six’.

It means some activities and events could be disrupted until well into 2021.

Here’s a rundown of how some of the upcoming big events could be affected.

The ban on social gatherings of more than six indoors and outdoors in England could affect families and friends looking to join together as a big group.

The tradition of children knocking on stranger’s doors for sweets will have to be restricted in most areas to smaller groups.

In Wales, 30 people can meet outdoors if socially distanced, meaning there is a bit more wiggle room to form a larger trick-or-treating group of adults and children.

In Scotland, only two households are allowed to meet in a group of six outdoors, and in Northern Ireland it’s15.

In Scotland, a number of annual 31 October festivals have already been cancelled, including in Fife and Paisley.

House parties are also off limits and with nightclubs shut, a 10pm curfew and table service only at bars and pubs in England, Wales and Scotland, there won’t be any late-night bashes either.

That said, pubs and other hospitality venues can still stay open as long as they abide by the rules and shut promptly at the earlier time.

Local restrictions will have an added impact for certain parts of the UK.

For example, areas such as the Midlands, the North East and the North West have been banned from socialising with any other households indoors.

Lots of public fireworks celebrations are being cancelled due to the social distancing rules.

Many councils announced plans to cut displays over the summer.

One of the UK’s biggest – in Lewes, East Sussex – which attracts up to 80,000 people each year, has chosen to call off this year’s event.

Others include Wales’s biggest fireworks display, Sparks in the Park, which attracts up to 20,000 to Bute Park, Cardiff.

The Cardiff Round Table said it would be “impossible” to plan around the uncertainties of the pandemic.

Cambridge’s Midsummer Common display, which attracts 20,000, is another to cancel.

It’s likely that most larger bonfire night events won’t be able to go ahead.

The rule against social gatherings of more than six and added restrictions in parts of the UK mean garden fireworks parties are also restricted.

Although, you can still have a party within your own household.

The traditional Turkey feast could also be severely affected by the limit on social gatherings.

It particularly limits the numbers of extended family you can see, if at all – depending on local restrictions.

In Wales, you can only mix with your extended household.

In Scotland, Northern Ireland, and parts of the UK under local lockdowns contact is limited to your own household.

In England, the rule of six counts for kids of all ages – putting more strain on the head count for festive lunch. While in Wales and Scotland under-12s are exempt.

This is the way it stands at the moment, although Michael Gove has indicated restrictions could be relaxed for Christmas if people stick to the rules now.

He said if the nation maintains “a degree of restraint and self-discipline and co-operation” we’ll be able to have a “proper Christmas”.

We will have to say goodbye to the traditional work party because the limit of six applies to groups in pubs and bars – not to mention the 10pm curfew putting a dampener on things.

More intimate parties with numbers of six or under can still go ahead.

Festive shopping on the high street will of course have to be done with a face covering – but some popular Christmas markets have cancelled.

Leeds and Birmingham have been called off and Winter Wonderland – London’s biggest Christmas fair and market – will also not go ahead.

Other cities are yet to make announcements, but with infections rising they may follow suit.

It looks like there will be far fewer pantomimes due to the problems of operating theatres safely.

Some are making tentative steps to reopen, although what this could look like with social distancing remains unclear.

Productions will have to have reduced capacity and ticket sales, deep cleans between performances and actors must also socially distance.

The Ambassador Theatre Group (ATG), which has 38 venues, has suspended all of its pantos until 2021

However, the National Theatre in London has revealed plans to stage Dick Whittington.

With rules preventing large gatherings at home and outside, nightclubs shut and the 10pm curfew, none of the usual big parties will be able to go ahead.

London Mayor Sadiq Khan has already announced the fireworks display in the capital, around the London Eye, is off.

Instead, there are plans for something “people can enjoy in the comfort and safety of their living rooms on TV”.

Tickets for Edinburgh’s Hogmanay Street Party were withdrawn from sale in July, with organisers saying the event could not go ahead in the usual way. 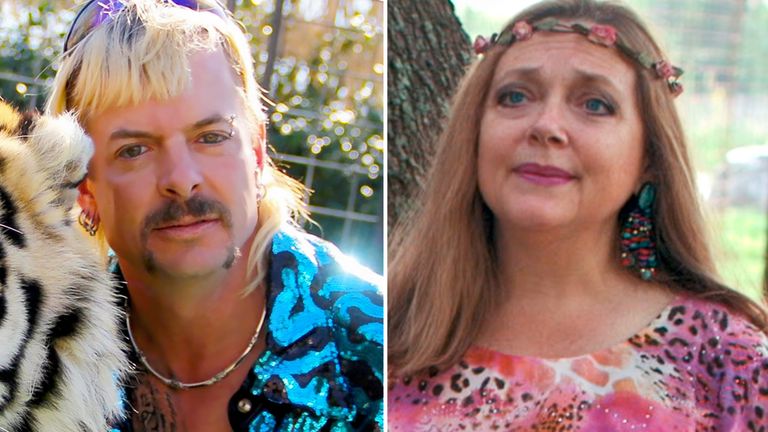