The government wants “a strong, big person who can hold the BBC to account” amid reports the corporation’s next chair could be Boris Johnson’s former newspaper boss.

The two prominent Brexiteers are reported to be the prime minister‘s choice to take on the two influential positions.

Mr Dowden, speaking to Sky News’ Sophy Ridge On Sunday show, said he and Mr Johnson “have been in touch with each other a lot” about the two roles.

However, he refused to be drawn on “speculation about different candidates”.

“Everyone is getting a little bit ahead of themselves with this,” the Cabinet minister said.

“We will be launching shortly the process for the appointment of both the chairman of the BBC and the Ofcom chair and at that point applicants will be welcome to apply for it.”

Mr Dowden said the government was seeking “a strong, big person who can hold the BBC to account”, adding: “It is important that we have genuine, robust scrutiny of the BBC and I’m looking forward to driving that agenda.”

Lord Moore, who was handed a peerage by Downing Street earlier this year, was Mr Johnson’s editor during the prime minister’s spell as a Daily Telegraph journalist.

The Sunday Times reported the prime minister had asked him to take on the BBC chairmanship around a month ago and that it was virtually a “done deal”.

A source close to Mr Johnson was quoted as telling the newspaper: “This is part of a process of the prime minister putting allies in key positions.”

Lord Moore has been a strident critic of the BBC licence fee and has previously accused the corporation of having “despised” Brexit voters.

He claimed the BBC was “a body with its own impermeable, uniform, would-be-right-on culture” in January this year.

The 63-year-old has been criticised for his previous writings about Islam and climate change.

Mr Dacre, 71, was editor of the pro-Brexit Daily Mail for more than 25 years and was critical of the BBC during his time in charge of the newspaper.

He would help regulate all broadcasters should he take on the Ofcom role.

Tory MP Steve Baker, a Brexiteer, told Sky News he looked forward to the media being “a bit more conservative and pragmatic in what is being reported” if Lord Moore and Mr Dacre are given the roles.

But Labour criticised the government following the reports of the pair’s pending appointments.

Shadow culture secretary Jo Stevens said: “The whole idea of announcing appointments before a process has actually taken place is a bit strange.

“I think the public will be wondering where the government’s priorities are in this, why are they interfering in an open process.”

Shadow Home Office minister Jess Phillips said: “Just always know they look after their own and don’t give a toss about anything but making sure their mates have jobs.”

Current Ofcom chairman Terence Burns is due to leave before the end of the year, while BBC chairman Sir David Clementi will stand down in February. 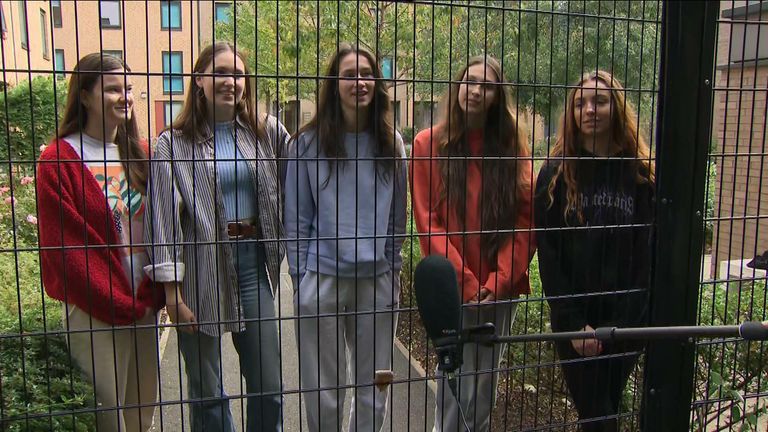