Video messaging apps pose a “clear and present danger” when used by drivers on UK roads, the RAC has said.

Nearly a fifth (18%) of young drivers admit to video calling while behind the wheel, a new survey suggests.

The research indicated that motorists aged 17-24 are more than twice as likely to make or receive video calls, with the average across all ages being 8%.

The RAC, which commissioned the poll of 3,068 drivers, warned that the growth in popularity of video calling services such as FaceTime, Facebook Messenger and WhatsApp poses a “new, clear and present danger” on UK roads.

Some 29% of drivers of all ages say they make and receive voice calls on handheld phones while behind the wheel.

This is up 6% on last year and is the highest proportion since 2016.

Other use of handheld phones is the second biggest overall driver-related concern identified in the RAC’s annual Report On Motoring, with the state of local roads in first place.

A third of all UK drivers surveyed (32%) say mobile use worries them.

MPs are to consider calls for a ‘graduated driving licence’, with drivers under 25 banned from giving lifts to their friends.

RAC road safety spokesman Simon Williams said: “The problem of illegal phone use at the wheel has far from disappeared.

“The rise in the popularity of video calls means this type of communication represents a new, clear and present danger on the UK’s roads in 2020.

“Our findings from 2016 were a watershed moment which led to the UK government calling for people to make illegal mobile phone use while driving as socially unacceptable as drink-driving.

“The fact drivers still state it’s their second biggest motoring concern of all shows that more progress still needs to be made here.”

Inspector Frazer Davey of Avon and Somerset Police roads policing unit said: “The importance of concentrating on your driving cannot be overstated.

“Using a mobile phone while in charge of a car puts you and everyone else at risk.

“The consequences of allowing yourself to be distracted while you are driving can be catastrophic.

“It’s simply not worth it.”

In 2019, there were 637 casualties on Britain’s roads, including 18 deaths and 135 serious injuries, in crashes where a driver using a mobile was a contributory factor.

Since March 2017, motorists caught using a handheld phone have faced incurring six points on their licence and a GBP200 fine, up from the previous penalty of three points and GBP100.

A Department for Transport spokeswoman said: “We’re finalising plans to strengthen the law in this area, adding to the work of our award-winning THINK! campaigns in changing drivers’ behaviour.”

Why public transport could be safer than we thought during pandemic 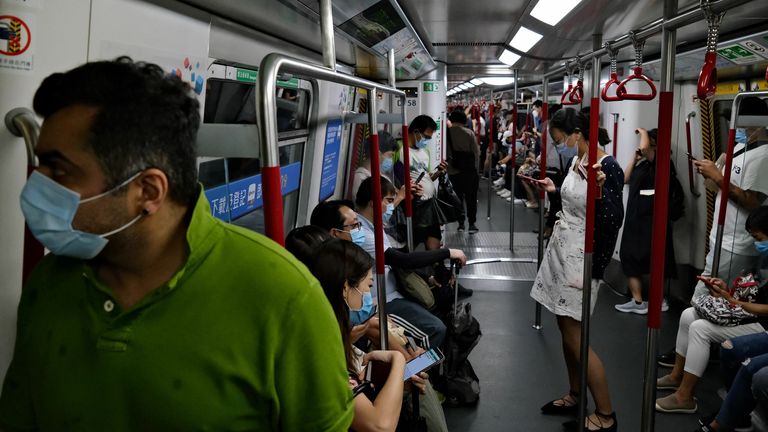