‘No obvious basis in science’: Wetherspoon boss hits out at ‘ill-thought-out’ COVID-19 rules

Wetherspoon founder Tim Martin has lashed out at the “ever-changing raft of ill-thought-out” coronavirus regulations as the pub chain sank to a GBP105.4m loss.

His renewed criticism came as the company’s delayed results also revealed that sales fell by 30% from GBP1.82bn to GBP1.26bn in the year to 26 July.

It is the first time the firm has posted a loss in 36 years.

Last year it enjoyed pre-tax profits of more than GBP100m.

Lambasting the government’s handling of the COVID-19 crisis, Mr Martin argued that the UK should adopt the Swedish approach to allow his pubs to open again properly.

The firm’s chairman pointed out that like-for-like sales in the 11 weeks since 26 July have been 15% below those of last year, with strong sales in the first few weeks, followed by a marked slowdown since the introduction of a curfew and other restrictions.

His comments came after Marston’s warned that 2,150 jobs are at risk after the government tightened coronavirus restrictions.

Meanwhile, a hospitality chief has said 250,000 jobs are under threat in London from additional curbs being imposed on the capital from this weekend.

Mr Martin said: “For the two months following reopening, it appeared that the hospitality industry, in difficult circumstances, was adapting to the new regime and was getting ‘back on its feet’, albeit in survival mode.”But he added: “It appears that the government and its advisers were clearly uncomfortable as the country emerged from lockdown.”They have introduced, without consultation, under emergency powers, an ever-changing raft of ill-thought-out regulations – these are extraordinarily difficult for the public and publicans to understand and to implement.”None of the new regulations appears to have any obvious basis in science.”For example, a requirement for table service was introduced – which is expensive to implement and undermines the essential nature of pubs for many people – pubs have now become like restaurants. Customers can approach the till in a shop, but not in a pub – which is, in no sense, ‘scientific’.”In addition, face-coverings, for which the health benefits are debatable, need not be worn while seated, yet must be worn to go to visit the bathroom – another capricious regulation.”

Where jobs have been lost in the UK

Mr Martin argued the “most damaging regulation” was the 10pm curfew, which he said had “few supporters outside of the narrow cloisters” of Downing Street and its meetings of scientific advisers.He said: “This has meant that many thousands of hospitality industry employees, striving to maintain hygiene and social-distancing standards, go off duty at 10pm, leaving people to socialise in homes and at private events which are, in reality, impossible to regulate.”In marked contrast to the consistency of the comparatively successful Swedish approach, which emphasises social distancing, hygiene and trust in the people, the erratic UK government is jumping from pillar to post and is both tightening and tinkering with regulations, so we are now in quasi-lockdown which is producing visibly worse outcomes than those in Sweden, in respect of both health and the economy.” 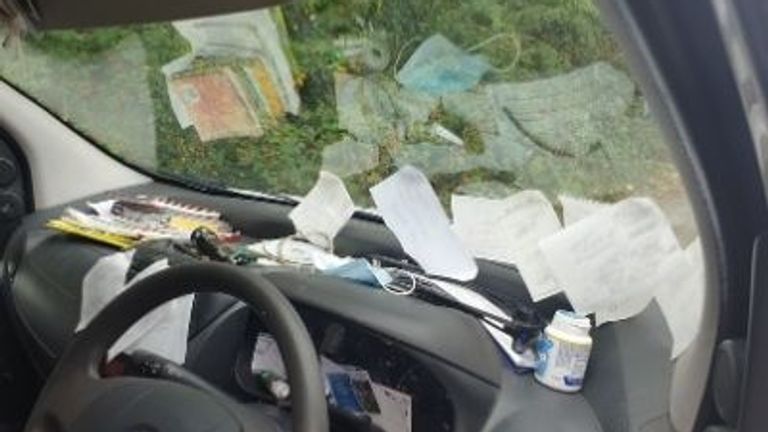