A man who sold two penguins on Facebook after stealing them from a zoo in Cumbria has been jailed.

The 25-year-old, who previously worked at the zoo, stole two Humboldt penguins – which are native to the Pacific Coast of Chile and Peru – called Pablo and Penny.

He also stole a number of exotic birds, including spoonbills, macaws and egrets.

Tomes burgled the zoo during the night on two occasions, in July and October 2018.

Police were alerted in January last year when an exotic animal collector reported that two penguins he had purchased from a Facebook seller, at a cost of GBP9,000, were in poor health.

Officers were waiting to arrest Tomes when he went to refund the buyer and collect the penguins.

The 12 Roseate spoonbills have not been located, they are worth around GBP20,000 and part of the only collection of the breed in the UK.

Wendy Evans, from the Crown Prosecution Service, said: “Bradley Tomes showed utter disregard to the well-being of the birds he stole from his previous employer for his own financial gain.

“In an attempt to avoid being caught, he begged the buyer not to contact police and tried to return the money he had received for the penguins.”

Ms Evans added: “In police interview he denied committing the offences, but once faced with the overwhelming evidence against him, he pleaded guilty.

“This included clear evidence of him planning the thefts to order. He told police he had not attended the zoo in 2018, but ANPR and an eye witnesses, who knew him, proved he made a reconnaissance trip to the zoo, as well as being present on the days of the burglaries.”

A spokesperson for Cumbria Constabulary said: “Tomes put the lives of the two penguins at risk, and he continued to deny the offences against him in interview.

“Thankfully the man who bought the penguins contacted vets due to their poor condition and reported the incident to police, against the pleas of Tomes who offered to return the money.

“We would encourage anyone with concerns around wildlife crime to contact police, we are committed to tackling the problem and will seek to prosecute those who exploit our most endangered wildlife for their own gain.”

UK’s weekly infection rate drops by 25% as another 17,555 COVID cases and 498 deaths are recorded 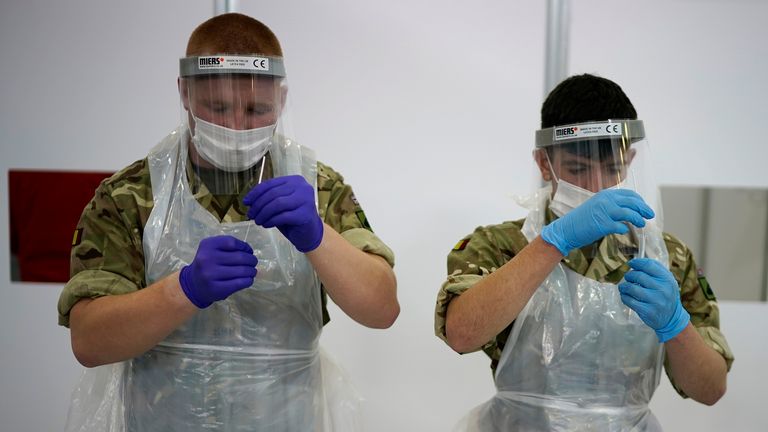