The image of Nobby Stiles parading around Wembley, false teeth in one hand and the Jules Rimet trophy in the other, is one of the most joyous in English football history.

The odds were stacked against Stiles making it as a footballer; born in the cellar of the family home which became an air raid shelter during World War II, he was severely short sighted and only 5ft6in tall.

But it was his tough tackling, tenacity and team spirit which saw him secure 28 caps for England and a European Cup for Manchester United.

He also coached at Old Trafford during Sir Alex Ferguson’s reign, acting as a mentor to the class of ’92, including David Beckham and Gary Neville.

But his family felt he had been let down by the club and the wider football family in later life.

Financial struggles meant he had to sell his World Cup winner’s medal and memorabilia at auction in 2010.

He also developed the first effects of dementia aged just 61 – a cruel disease which robbed him of his speech towards the end.

His family want more research into the link between footballers and neurological disease. A study in 2019 found former professional footballers were 3.5 times more likely to suffer dementia than the general population.

But Stiles’ loved ones say research should have come earlier and be even wider reaching.

With his death, football may be forced to examine whether it failed one of its most famous sons.

It was the teeth that did it. Or rather the gap.

Nobby Stiles played fewer England games – 28 – than any of his 1966 World Cup winning teammates, but his toothless, trophy-clutching jig round Wembley is an enduring image of that day.

Others ran the sprints, scored the goals, took the glory, but Norbert Stiles, as manager Sir Alf Ramsey always called him, played a giant part in England reaching their only global final.

I still remember my father declaring, when it became known that England would face Portugal in their semi-final: “I’ll eat my hat if we see off Eusebio.”

Eusebio was Portugal’s playmaker and the tournament’s standout star, after Brazilian legend Pele was injured and his team eliminated.

Ramsey set tough-tackling Stiles on him; Eusebio was impotent, despite a late penalty, and England were through to their first – and still only – World Cup final.

The 5’6″ midfielder was not everyone’s cup of tea.

He could read the game, had boundless energy and rarely lost a tackle. But what his supporters saw as combative was, to others, just brutal.

No matter. Ramsey loved him.

So did Sir Matt Busby, under whose management Stiles helped Manchester United become the first English European Cup winners in 1968 – once more against Eusebio and his club Benfica.

He played almost 400 games for United, and tried his hand at management, but still that one July day 54 years ago defines him.

His passing leaves just four of the victorious 11 still alive: right-back George Cohen and the three forwards who between them scored all but one of the goals in the tournament: Sir Bobby Charlton, Roger Hunt and hat-trick man Sir Geoff Hurst.

Stiles was in a way the embodiment of the Ramsey philosophy – omit individual brilliance if need be but create the best team, and ignore the critics (of which there were plenty).

Pre-tournament, only Bobby Charlton and to a lesser extent captain Bobby Moore and goalkeeper Gordon Banks were world stars.

People ridiculed Ramsey for declaring England would be victorious in 1966, and it’s fair to say not many opposing managers would have had Stiles near the top of their concerns.

But Ramsey and his toothless tackler had the last laugh. 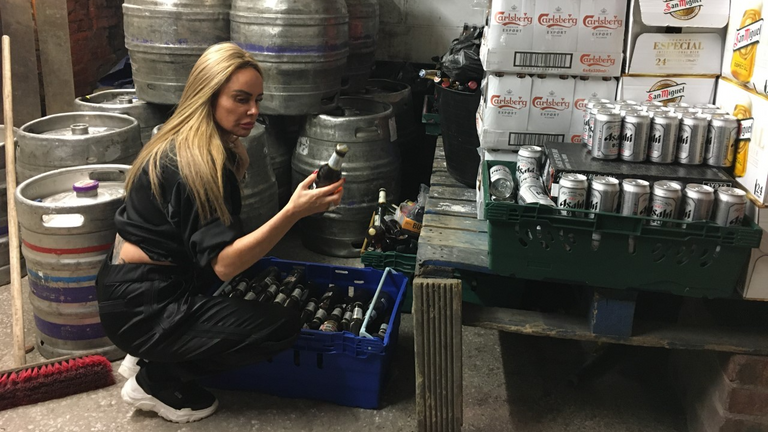 Boris Johnson considering lockdown for England as early as next week