COVID cases are down.

Yes, you read that right.

The latest analysis of the epidemic by Public Health England shows the steep rise in cases over the last five weeks has suddenly stopped and last week actually dipped slightly.

Could it be that the restrictions, some of which date back to mid-September, are beginning to slow the spread of the virus?

Delve into the latest report, which covers the last week of October, and it’s clear the downward turn has a lot to do with geography and demographics.

The warnings about hospitals reaching capacity, as well as the extra local restrictions, may be having an effect.

That’s good news, of course. But when bundled together with the rest of the country that hides a rise in many other regions.

The demographics can also distort the overall picture of the epidemic.

Rates in young people are sharply down, particularly those under 19.

Cases soared when they started term, but quickly fell when thousands were forced into isolation.

In people over 30, cases are holding up.

A plateauing, perhaps, but PHE says this may be because of half-term and a lag in diagnoses; the real rate may still be up.

That’s a worry because it is older people who are more likely to become seriously ill.

The report shows hospital admissions continue to rise steeply, up by around 30% last week, with rates still highest in the North East and North West.

How can that be when cases are down in those regions?

It takes a couple of weeks for people to become so sick that they need hospital care, so the continuing surge in admissions reflects the rise in cases at least fortnight ago.

But pressure on the NHS in the hotspots may well soon begin to ease if new cases continue to fall.

There is one final chart in the report worth lingering on.

The death rate, which has been rising almost vertically, has eased off.

Still rising, but there is a definite bend in the curve.

One week’s figures don’t make a trend though. It doesn’t tally with the steady rise in hospital admissions and demand for ventilator beds, so the dip in deaths needs to be interpreted with a degree of caution.

One to keep an eye on, particularly as we go into a second lockdown. 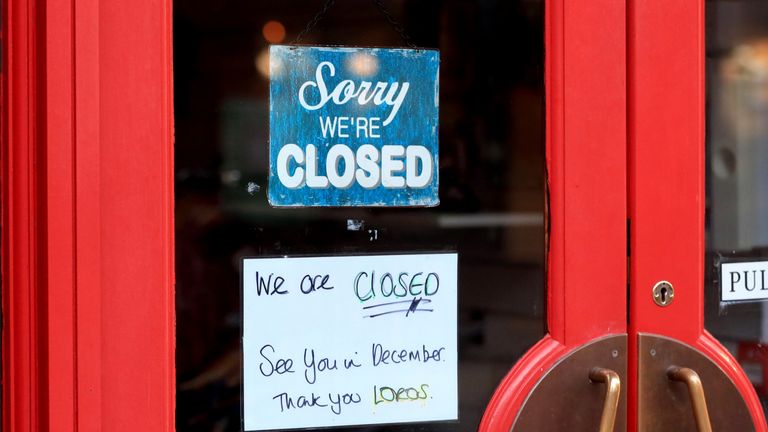