Des O’Connor – an all-round entertainer who was a household name across the decades, has died aged 88 at his home in Buckinghamshire.

A comedian, chat show host and singer, he had an ability to connect with his audience and TV guests alike, charming multiple generations.

As news of his death reached the nation, tributes poured in from performers, politicians and spots stars alike.

His long-time friend and fellow comedian Jimmy Tarbuck called him a “national hero”.

Speaking to PA news agency, the 80-year-old performer said: “Cilla Black was a national hero. The Beatles are national heroes and Des O’Connor was one.”

O’Connor and Tarbuck performed together at the London Palladium in 2015, and toured the country the following year. They worked together again in 2019.

Tarbuck went on: “He was terrific… he was frail and he took it easy, but he was terrific. He had the audience cheering at the end and was a pleasure to work with.

“He was very generous in sharing the laughs and not all comedians are like that.

“And he was a giggler. You could get him giggling… It was a pleasure to get in the car and go to work, knowing I was working with Des O’Connor.”

The pair spoke just 10 days ago, before O’Connor suffered a fall at his home.

Tarbuck said they even suggested another gig: “I said, ‘Let’s do another Palladium (after the pandemic), and he said, ‘That appeals, that’s a great idea. I’ll see if I can do it’.”

Another veteran comic of the 1970s and 1980s, Russ Abbot said O’Connor’s death was “a great loss to the industry”, and also commented on his tendency to giggle.

In a statement to PA, he said: “I had the privilege of being on his show many times and he was a wonderful, generous host, always wanting his guests to shine.

“He really was the ultimate entertainer but, even more, he was a thoroughly nice man. No ifs or buts. He always had a smile on his face and his giggle was legendary!

“He will be sorely missed. My thoughts go out to Jodie and his family”.

He told PA that O’Connor left “a legacy of good family entertainment” going on: “I will always remember him as, if you like a… like a best pal.

“You know whenever you went and did his show that’s Des, that’s how he was. He was a lovely man and all I can say is rest in peace mate because both Bobby and I loved you.”

Melanie Sykes – who O’Connor handpicked to co-host daytime TV show Today With Des And Mel alongside him – led tributes on social media.

She called working with him one of the highlights of her career, tweeting: “Des had the softest hands of anyone I ever met and the kindest of hearts. He had talent in every fibre of his being and was stubborn as a mule.

“He was the full ticket as a friend and colleague. When he chose me to be his co-host on the Today daytime show it was one of the greatest days of my professional life. It was an education and a privilege to work with him for the years that followed.

“We worked long hours but always laughed lots, not least because when it was show time he would always tell me I looked like robbers dog! These years I will never forget and nor will I forget him. Darling Des you will be forever missed.”

Countdown colleagues too were glowing in their tributes.

Calling him “Darling Des”, Carol Vorderman wrote: “In the days when families would gather round the telly to watch, Des O’Connor was the King. We’d cry laughing when Freddie Starr would pretend to be behaving and things would go badly wrong.

“Des will surely be entertaining the angels now. Rest in Peace & Laughter my friend.”

Dictionary corner expert Susie Dent tweeted: “We have lost a true gent, one who was never more than a note away from a song or a laugh, and who never failed to say ‘piddle, bum, and stocking tops’ if any of us fluffed a line. Countdown audiences adored him – and so did we. Sing on, Des.”

Jonathan Ross said O’Connor was an influence in his decision to become a chat show host, tweeting: “RIP Des O’Connor. He was a terrific show biz all-rounder and his support for and love of comedy talent inspired me. He’ll be missed.”

Top Gear presenter Paddy McGuinness tweeted: “Such sad news. Des O’Connor was never afraid to laugh at himself and that was part of his charm.

“Whether it was Eric Morecambe ridiculing him, or Freddie Starr smashing his studio set up, Des always laughed along. Another part of my childhood telly viewing gone. RIP Des O’Connor.”

Comedian Paul Chuckle, who’s currently self-isolating, tweeted: “RIP the brilliant Des O’Connor. From Butlins Redcoat to one of the best comedians AND singers in the business, and such a lovely guy. Sleep peacefully my friend.”

Singer Kim Wilde, who performed alongside O’Connor, tweeted: “Gorgeous memories of singing Something Stupid with Des O’Connor. Thanks for the memories you lovely man.”

X Factor star Olly Murs wrote: “Very sad news to hear Des O’Connor has died, to be on his show in 2012 was a highlight after watching him throughout my childhood. An icon on TV, a gentleman and one of the best! Rest in peace Des x.”

Singer and actress Sophie Evans, who starred alongside him in The Wizard Of Oz at the London Palladium in 2012, tweeted: “I had the absolute pleasure of working with Des O’Connor in The Wizard of Oz.

“He was a perfect gentleman, with a glisten in his eye & that old school hard working mind set. He did 8 shows a week for 3 months & didn’t take a show off at 80 years old. I loved Des. What a legend.”

Sports presenter Gary Lineker paid tribute on Twitter, writing: “Saddened to hear that Des O’Connor has passed away. Truly lovely man and one of the great old school entertainers.”

Northampton Town Football Club also paid tribute to O’Connor, who played for their reserve team in the 1940s.

A post on the club’s official Twitter page said: “We are very sorry to hear of the passing of Des O’Connor. Des famously played for our reserve team on a few occasions just after World War 2. Our thoughts are with all who knew Des.”

The world of politics even took a moment to pay tribute, with Labour Party deputy leader Angela Rayner tweeting: “So sorry to hear of the death of entertainer, comedian and all round lovely man Des O’Connor.

“Des was the entertainer l saw most on telly when l was a kid growing up, l send my deepest condolences to the family and friends of Des. R.I.P.”

O’Connor leaves behind his wife Jodie and son Adam, and his four daughters from previous marriages – Karen, Tracy, Samantha and Kristina. 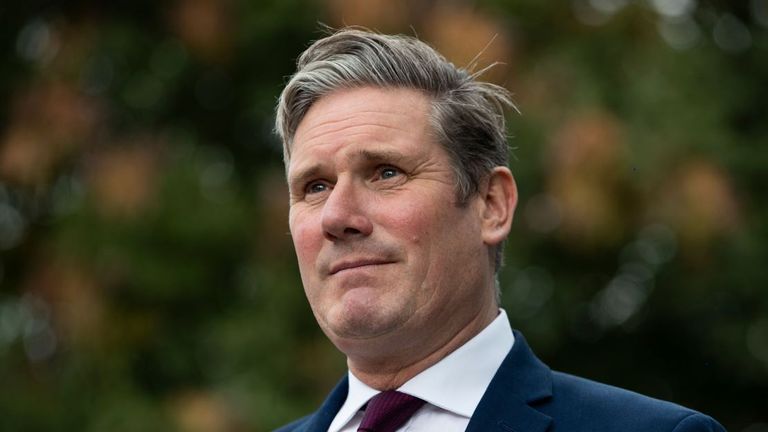 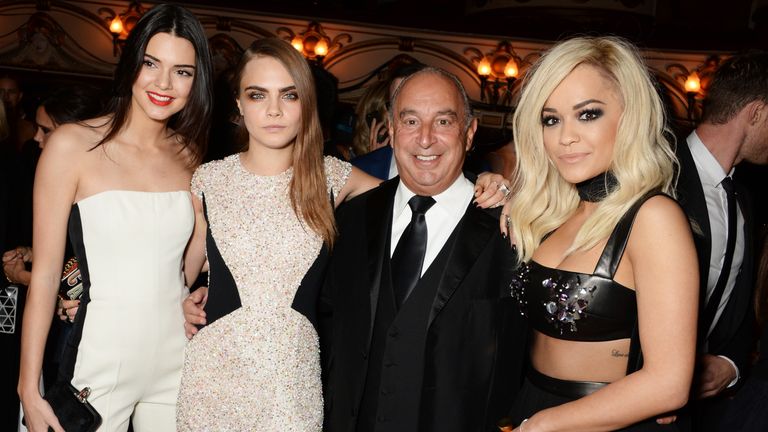 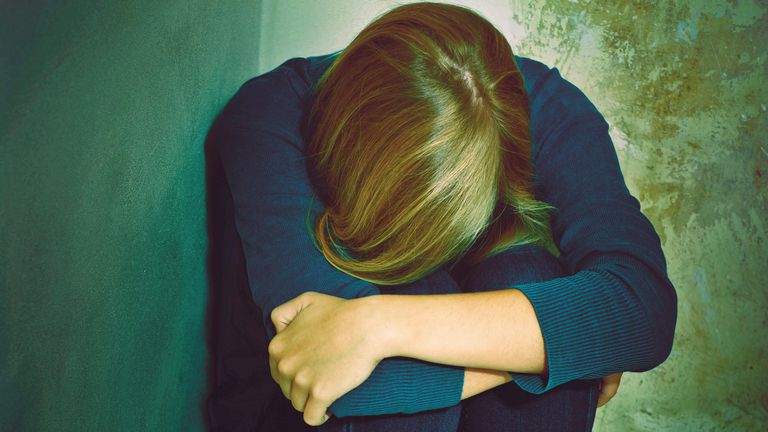 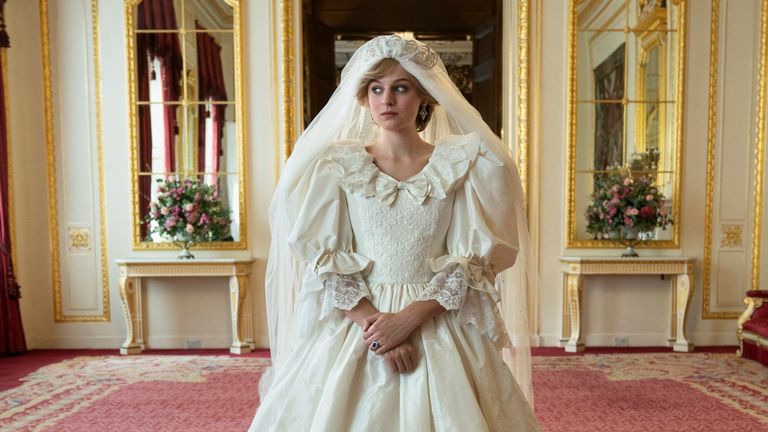