Scuffles have broken out at Dover as stranded lorry drivers clashed with police.

Several thousand lorries have been stuck near the Kent port after France stopped them crossing the Channel due to the new variant of coronavirus.

They have been lined up on the motorway and at nearby Manston airfield after the French government took action on Sunday night.

A group of drivers gathered at the port began booing and whistling masked police just after 8am this morning, before a small number started pushing officers.

UK and French governments have now reached a deal to reopen the border from Wednesday if the drivers test negative for COVID.

The military and NHS Test and Trace teams are to use quick turnaround tests on the drivers, who come from all around Europe and are desperate to get home.

The time it will take to clear the backlog is unclear however – Housing Secretary Robert Jenrick has said it will “take a few days”. 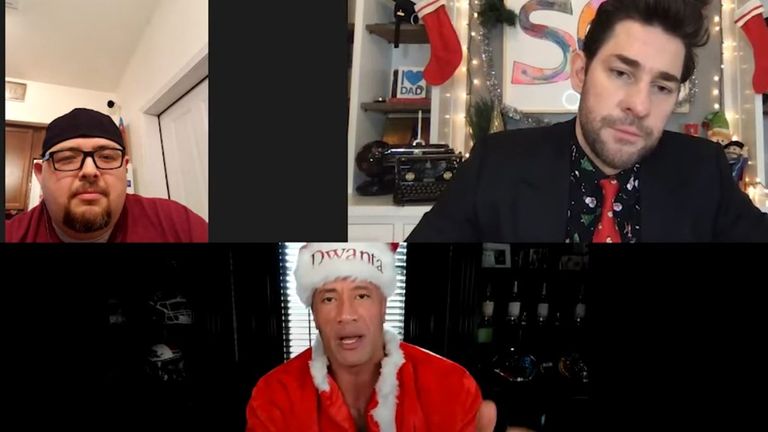