Early snowfall in East Yorkshire and Suffolk has made 2020 a White Christmas for parts of the UK.

The Met Office reported snow on the ground at 5am on Christmas Day in Leconfield, East Yorkshire and Wattisham in Suffolk.

It tweeted: “Morning everyone, we’ve just had official confirmation that this #Christmas is a white one!

“Leconfield in Humberside reported #snow falling at 5am, and Wattisham in Suffolk also reported recent snow at this time. Further updates will be issued as they become available.”

There was also snow in northeast England and over the mountains of the Scottish Highlands on Christmas Eve.

Forecasters say Christmas Day is likely to be clear and dry for most, but showers in eastern parts of England have the potential to bring sleet or snow this morning.

It comes amid widespread flooding around the country with people rescued from vehicles and evacuated from their homes following a period of heavy rain.

The arrival of Storm Bella on Boxing Day will bring further downpours and winds of up to 80mph in exposed coastal locations, the Met Office said.

“The rest of 2020 will see some unsettled weather, especially from Boxing Day as storm Bella moves in bringing spells of heavy and persistent rain across the UK and Ireland through the weekend and strong damaging winds,” Sky News weather presenter Nazaneen Ghaffar said.

“Inland gales are likely and storm force winds in exposure. As well as that there may be some snow across the high ground of the north on Saturday and Sunday.

“Once storm Bella clears colder weather will follow and likely to last into the start of 2021. In the immediate future the beginning of the new week will see showers continuing across coastal regions, these wintry and falling as snow at times.”

“So it could be a ‘white’ Christmas in as much as lots of people are going to wake up to a frost.

“They’ll be very light, scattered, not everywhere will see them by any means, and for most areas it’s going to be a pretty dry day, just cold, but there is a chance we could see a few showers of snow across eastern parts of England, particularly early on Christmas Day.”

The Met Office added that conditions across the UK would turn increasingly unsettled through to 27 December, with strong winds and heavy rain moving in from the north. 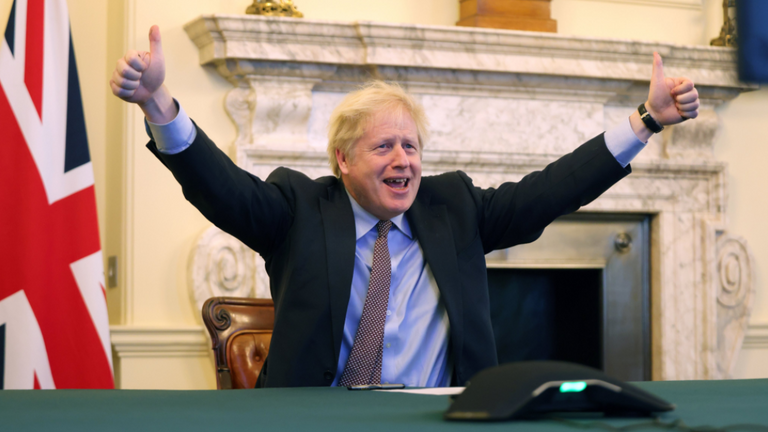