A major incident has been declared in Buckinghamshire – following in footsteps of Essex, where local authorities are now calling on the military to help deal with a surge in coronavirus cases.

Health services in both counties fear being overwhelmed by a significant rise in COVID-19 infections.

The Conservative MP for Harwich and North Essex Sir Bernard Jenkin said authorities “are submitting a request for military assistance to the civil authority.”

“They would also like armed forces help with the rollout of the vaccine to accelerate that in Essex and to assist with testing in schools,” he added.

Buckinghamshire council leader Martin Tett said cases there are soaring, adding that rates among the over-60s have increased by more than 60%.

“We think this will continue at least for the next two weeks,” he said.

Non-urgent surgery and outpatient appointments are being delayed but serious operations will go ahead.

The major incident was declared in Essex in response to a “significant growing demand” on hospitals. It will enable local leaders to seek further government support, the Essex Resilience Forum (ERF) said.

Hospital bosses in Southend and Basildon also made a plea for any clinical staff who are on annual leave to return to work immediately to relieve the pressure.

The ERF – which is made up of members of the NHS, emergency services and local authorities – added that the number of patients in Essex receiving treatment for COVID-19 had now increased to levels exceeding those seen at the peak of the first wave.

All of Essex is in tier 4 and the south of the county has some of the worst-affected districts in England, with infections expected to increase in the coming days.

Critical care and bed capacity are among areas of concern, as well as staff sickness and the ability to discharge patients quickly into safe environments.

“This involves using critical care capacity elsewhere in Essex and the eastern region and identifying additional locations and capacity to assist with the discharging of patients to reduce pressure on hospitals.”

He added: “Our strong working relationships mean we are able to respond effectively to support our local communities.”

Mr McKeever also paid tribute to his “hard-working colleagues” who are “all doing an amazing job in extremely difficult circumstances”.

Chief Constable of Essex Police and co-chair of the Essex Local Resilience Forum, BJ Harrington, said: “The people of Essex have been magnificent and are only dialling 999 or attending A&E in an emergency – we need this to continue because this will help protect the very limited capacity available at our hospitals.”

The county has the three highest COVID-19 infection rates in England. Brentwood is the highest, with 969 new cases recorded in the seven days to 25 December – equivalent to 1,258.1 cases per 100,000.

It comes after it was revealed that England’s hospitals are now treating more patients than during the peak of the first wave in April.

Data suggests the variant, known as VUI-202012/01, has most commonly been found in London, Kent and parts of east England.

The UK also reported another 53,135 cases of coronavirus on Tuesday, the highest recorded daily total since the pandemic began.

Are you in Tier 4? Find out the rules in your area with our postcode checker 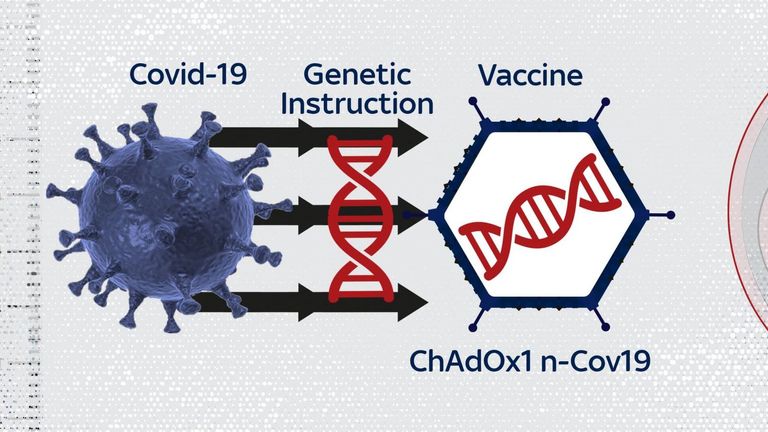