The number of people testing positive for COVID-19 in England has increased by 33%, new figures reveal.

A total of 232,169 people tested positive at least once in the week to 23 December, according to the latest Test and Trace figures.

This is up by 33% on the previous week and is the highest weekly total since Test and Trace began in May.

Just 16.9% of people who were tested for COVID-19 in England in the week ending 23 December at a regional site, local site or mobile testing unit – a so-called “in-person” test – received their result within 24 hours.

This is down from 34.1% in the previous week and is the lowest percentage since the week to 14 October.

Prime Minister Boris Johnson had pledged that, by the end of June, the results of all in-person tests would be back within 24 hours.

He told the House of Commons on 3 June that he would get “all tests turned around within 24 hours by the end of June, except for difficulties with postal tests or insuperable problems like that”.

Nightingale hospitals being ‘readied’ for use as COVID patient numbers rise

People urged to stay at home on New Year’s Eve 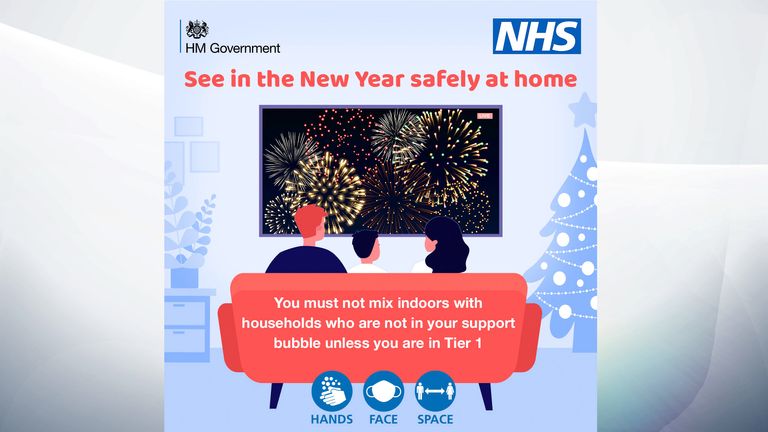