The leaders of Stoke-on-Trent City Council and Staffordshire County Council have written to Matt Hancock, the Secretary of State for Health and Social Care, to lobby for more support for the areas.

The letter, from Councillor Abi Brown and Councillor Alan White, which was sent prior to lockdown number three for England being announced by the Prime Minister last night urges the Government to support plans to ramp up vaccination measures so more residents can receive the jab and the area can ‘deliver confident suppression of the virus’ by April/May.

The government made a commitment yesterday to ensure roll out of the vaccine for the four main priority groups by mid-February to around 13 million people nationally. In Stoke-on-Trent and Staffordshire, this equates to about 25 per cent of the adult population.

The leaders explain how residents of Stoke-on-Trent and Staffordshire have shown extraordinary levels of discipline to help to stabilise and, in some cases, cut infection rates.

Early adoption of lateral flow testing, the enhancement of the national track and trace programme with a trusted local offer, and effective enforcement have all contributed to this achievement.

They write: “We do understand the wider national picture and your concerns with respect to the impact of the more transmissible variant.

“However, we hope you also understand how confusing and demoralising it is for our residents and businesses when they do everything right, have the numbers moving in the right direction, and they still get penalised with tighter restrictions. It feels very unfair.”

The letter makes the case for more support for businesses and for maximum local freedom over use of community testing.

Most importantly, it makes an offer to the Government and NHS England to throw the full weight of the local authorities behind an urgent roll-out of the vaccination programme at massive scale. It states that locally the NHS, with support from both councils, is doing a fantastic job in administering vaccines making the area one of the best in the country in terms of numbers.  It recognises the exciting plans for the next few weeks with the programme stepping up following the availability of new Oxford-AstraZeneca vaccine.

Cllr Brown and Cllr White write: “However, you will know, as we do, that the current plans aren’t sufficient. We calculate that in Staffordshire and Stoke-on-Trent we would have to be hitting around 75,000 vaccinations a week to get through sufficient of the adult population by April/May to deliver confident suppression of the virus.

“Therefore, given our area’s superb progress to date and the strength of our joint track record through this pandemic – on testing, PPE and support for the vulnerable – we want to make to you and NHS England an offer.

“We are willing to do what it takes to act as a national exemplar for a level of intensity of collective effort that has probably not been seen in this country since the Second World War. We will make available the building assets, the volunteers and logistical support, if you can supply the vaccine and the programme. Our aim would be to get through the mass of the population well before the summer.

“We make this offer with the full support of the local NHS team. It is made in all seriousness. We hope you will engage with us and grasp this opportunity.”

Increase in Covid cases across Staffordshire after festive break 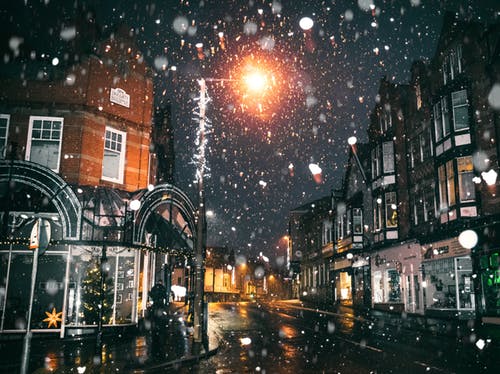