The Prince of Wales is launching an ambitious Magna Carta-style charter calling on business and industry to lead the fight against the climate crisis – or risk future generations looking back on “broken promises”.

Speaking at an environmental summit on Monday, Prince Charles will urge those within the private sector to sign up to his “Terra Carta” (or Earth Carta) – a new set of guiding principles that put “nature, people and planet at the heart of global value creation”.

The document has been described as the pinnacle of 50 years of environmental campaigning by the prince.

The name was chosen to draw parallels with the Magna Carta, the touchstone for human rights and modern democracy.

In his foreword to the Terra Carta, he writes: “If we consider the legacy of our generation, more than 800 years ago, Magna Carta inspired a belief in the fundamental rights and liberties of people.

“As we strive to imagine the next 800 years of human progress, the fundamental rights and value of nature must represent a step-change in our ‘future of industry’ and ‘future of economy’ approach.”

Charles will launch the project at the One Planet Summit, being staged in Paris, when he is expected to tell delegates: “Sustainability is a choice. If we make it a part of our core values it will define our purpose, determine our choices and drive our actions.”

Calling for urgent action and practical effort to mobilise the financial resources and innovation needed, he will add: “It is this which will determine whether or not our children and grandchildren look back on a series of broken promises or, instead, reflect on a tipping point at which the world shifted to a more sustainable, equitable and prosperous trajectory.”

This time last year, Charles launched his Sustainable Markets Initiative at the World Economic Forum in Davos, calling on the private sector to think smart and act now to tackle the climate crisis for future generations.

The likes of BP, Heathrow, the Bank of America (BoA), HSBC, and AstraZeneca have already committed to the Terra Carta and the creation of a GBP10bn fund to invest in green projects.

Brian Moynihan, CEO of BoA and one of the founding partners, has been working closely with the prince on the project and told Sky News: “That’s one of the things that people need to understand, no-one is required to join this, this is the convening power of the Prince of Wales, it’s a coalition of willing.

“It’s people who want to make action happen faster, and this document basically codifies it, it writes down the types of things we’re working on.”

“Most companies agree that this is where they’ve got to go. I think society has to help encourage them,” he added.

“It should be a series of carrots – and the people who are doing it best should be encouraged to do more and that will lead other people there, as opposed to sticks saying ‘don’t do this’ or ‘don’t do that’.

“Because at the end of the day, that may stop one participant, but we’ve got to have a broader avenue where everybody comes together, because you need the entire capital system to align to make this happen.”

In his speech, Charles will highlight the way countries around the world have mobilised to combat coronavirus as an example of what can be achieved.

Environmental campaigner Tony Juniper has worked with the prince on a number of projects over the years. He said COVID-19 has been a wake-up call for why business needs to act now.

“Whereas a few years ago some of those risks of environmental degradation hitting the economy seemed a bit abstract, we’re now living through a terrible crisis that’s causing people to lose their jobs, it’s killing many people, and you can trace its origins back into our relationship with the natural world.

“And I do think that has reset the agenda. It’s no longer a question of trading off nature versus the economy – we can now see very clearly the consequences of us degrading the health of nature… and that feeding back into the human world in a really quite dramatic and unpleasant way.”

On Monday morning, Charles will virtually co-host a One Planet Summit discussion on green investments with France’s President Emmanuel Macron – who held a telephone meeting with the prince on Friday evening.

In the afternoon, the heir to the throne will attend another virtual session, when he will give a speech to launch his Terra Carta.

‘Huge’ numbers of people waiting for ambulances as they pile up at hospitals, chief paramedic says 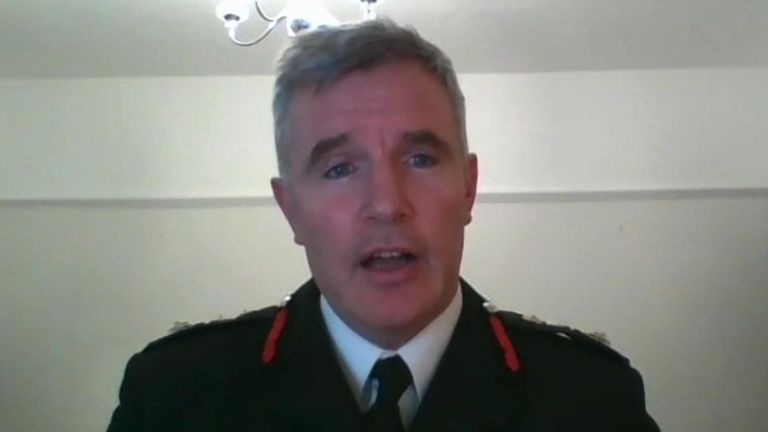