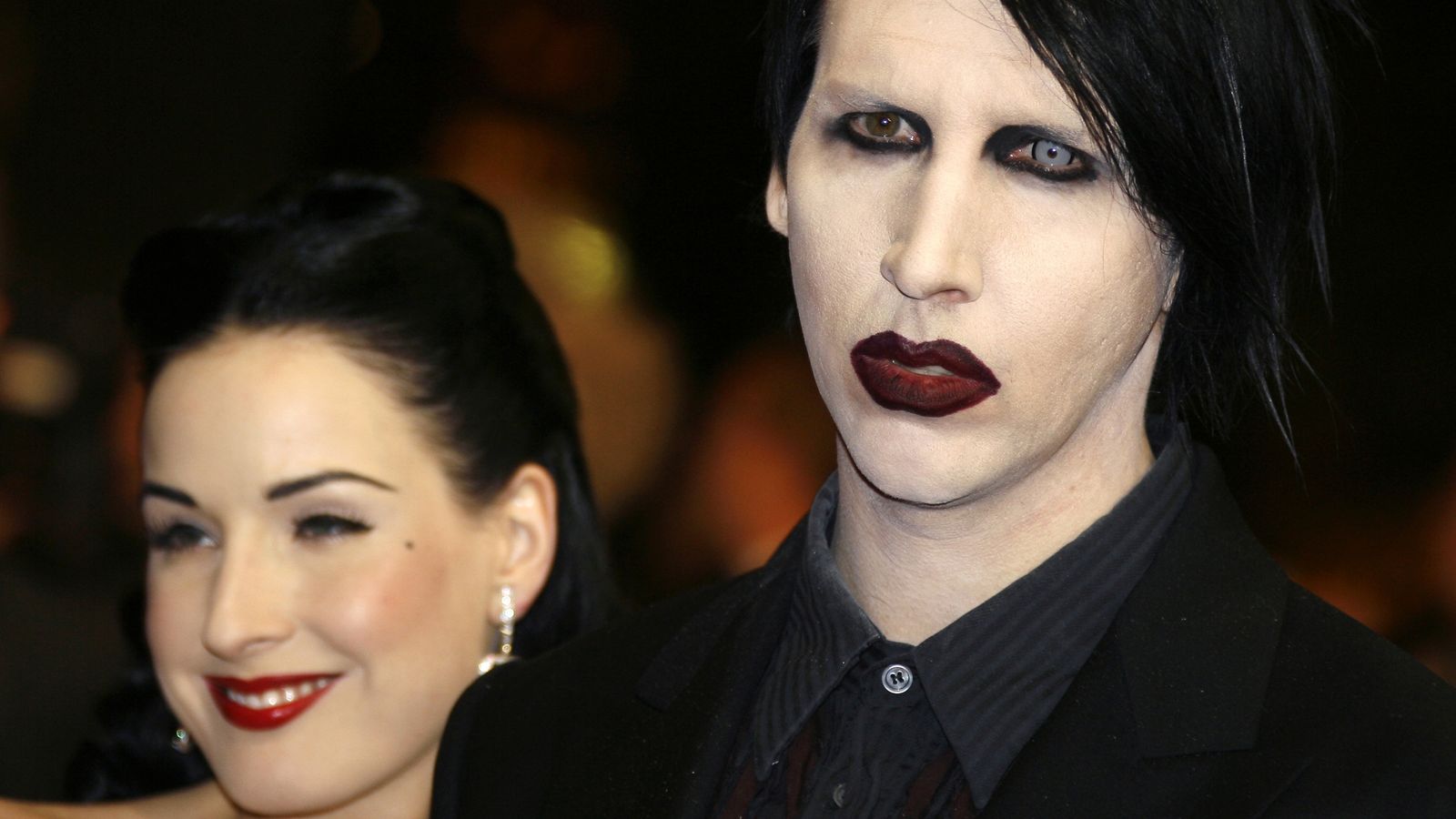 Dita Von Teese has broken her silence on abuse allegations levelled at her former husband Marilyn Manson, saying “abuse of any kind has no place in any relationship”.

The performance artist, 48, posted a short statement on Instagram in which she said the claims did not match her own experience, and she left him due to infidelity and drug abuse.

Image: Von Teese says this will be her only comment on the matter

On Monday, Westworld star Evan Rachel Wood – who was previously engaged to Manson – accused the rock star of “years of horrific abuse”, claiming the he groomed her as a teenager and “brainwashed her into submission”.

Manson – whose real name is Brian Warner – has denied the allegations – calling them “horrible distortions of reality” – and saying his “intimate relationships have always been entirely consensual with like-minded partners”.

Manson’s team has “categorically denied” similar allegations in the past.

In her social media message, Von Teese wrote: “I have been processing the news that broke Monday regarding Marilyn Manson.

“To those who have expressed your concerns of my well-being, I appreciate your kindness.

“Please know that the details made public do not match my personal experience during our seven years together as a couple. Had they, I would not have married him in December 2005.

“I left 12 months later due to infidelity and drug abuse.

“Abuse of any kind has no place in any relationship. I urge those of you who have incurred abuse to take steps to heal and the strength to fully realise yourself.”

Von Teese said this would be her “sole statement” on the matter.

Following the allegations of abuse, Manson has been dropped by his record label Loma Vista Recordings and cut from two TV shows in which he made cameo appearances.

The 52-year-old found fame in the 1990s with albums including Antichrist Superstar and Mechanical Animals and was known for his distinctive appearance and often shocking stage shows.

Image: Wood claims she was ‘brainwashed and manipulated’ by Manson – which he denies

The actress has previously spoken out about being in an abusive relationship, but never named the alleged perpetrator publicly before.

Manson was previously engaged to actress and activist Rose McGowan for two years, but the couple spit in 2001 due to “lifestyle differences”.

Sky News has contacted representatives for Wood and Manson for comment.