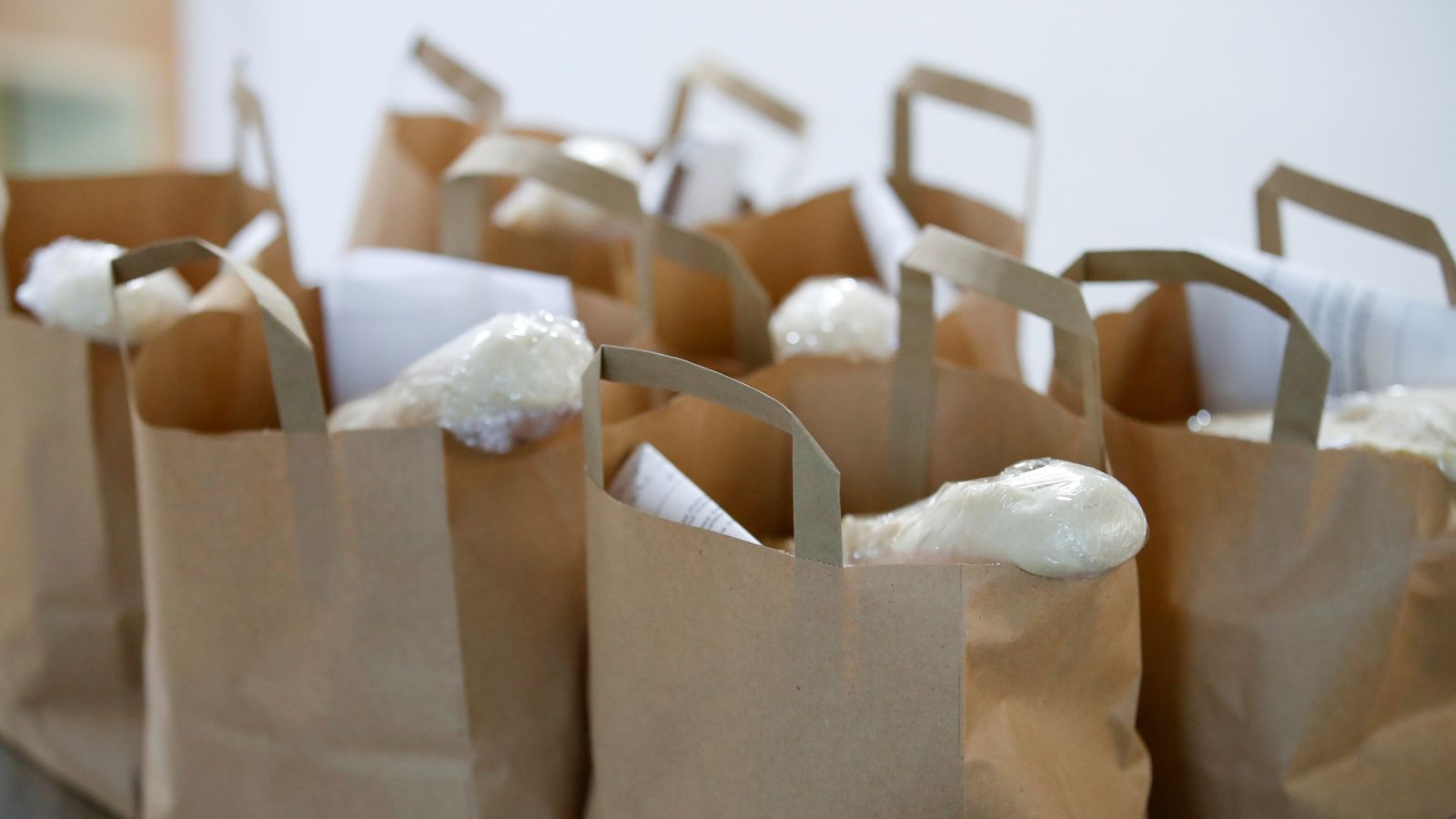 The Department for Education was “surprisingly unconcerned” about whether a private company was profiting from providing free school meal vouchers, MPs have warned.

Edenred was contracted to run the scheme during the first lockdown but struggled to cope with demand for vouchers from eligible families – causing “unacceptable” delays, according to the Public Accounts Committee.

Its report also found that “serious problems” arose because the company failed to put in place enough capacity to handle calls from schools and families at the start of the scheme last April.

An outsourced contact centre was only brought in to help the following month – and it was only in May that Edenred and the DfE realised that 40,000 eCodes that were designed to be converted into vouchers had not been delivered to families.

The Department for Education ended up extending the contract with Edenred twice – increasing the value of the deal five-fold from £78m to £425m – but the ministry failed to renegotiate the terms and secure better value for money, MPs said.

Elsewhere in the PAC report, it is suggested that the DfE did not do enough to examine how far families would have to travel to supermarkets that were accepting vouchers.

At the start of the scheme, 11.2% of all schools were more than five kilometres away from their nearest participating store.

Edenred was awarded the deal to distribute vouchers to England’s 1.44 million poorest children without going through a tendering process – with one union describing the launch as an “absolute shambles”.

Labour’s Meg Hillier, chair of the Public Accounts Committee, said: “Whether it’s getting life-saving equipment to front line workers or food to hungry kids in poorer families, government’s failure to learn from its repeated contracting mistakes, over and over, large and small, is costing this nation too dear.

“After the initial urgency we have seen the government continuing to play catch-up on how to support families whose children are entitled to free school meals, and despite the contract with Edenred growing more than five-fold there was no discussion about tendering the contract or even renegotiating it.”

Last month, the government relaunched the Edenred voucher scheme for free school meals after pictures of meagre food parcels sent to families – from catering firms operating in a separate scheme – sparked an outcry on social media.

Image: The government relaunched the voucher scheme after a mother tweeted this photo of her children’s food parcel. Pic: @RoadsideMum

Geoff Barton, general secretary of the Association of School and College Leaders, said: “The launch of the Edenred national food voucher scheme at the outset of the pandemic was an absolute shambles and it put schools under huge additional pressure at what was already an incredibly difficult time.

“It adds insult to injury to see the damning conclusion of this report that the DfE apparently missed potential opportunities to renegotiate the contract and reduce costs, and that it seems to have been pretty complacent on this front.”

An Edenred spokesman said: “With 95% of families saying the free school meal voucher scheme has worked well for them and a contract which has ensured that every pound of public money was passed on to the children and families who needed it, with no charges to the DfE or the taxpayer, Edenred has delivered a programme which has provided vital support for families through the pandemic and value for money for the DfE.

“Edenred rejects entirely any suggestion of profiteering from the free school meal voucher scheme. Edenred has handed back 1% of the contract value to the government in rebates since the beginning of the scheme. This means the taxpayer paid less than the total value of vouchers distributed to families.”

A Department for Education spokesperson said there was no evidence of “profiteering” from the national voucher scheme, adding: “We have already made further improvements to the scheme which take account of the recommendations in this report, including improving the terms of the contract to ensure the better value for money for taxpayers.

“The scheme has been tested extensively and extra support for schools and parents has been provided, resulting in an efficient system with £47m worth of eCodes redeemed as of Wednesday – 96% of parents say they are happy and satisfied.”

Catering giant Compass has confirmed it will cover the cost of free school meal parcels to children over February half-term after its Chartwells division was criticised over poor-quality hampers.

The group said: “Since 25 January, Chartwells has been providing breakfasts to all children currently receiving a lunch parcel from us for the duration of school closures.

“We will also provide those same children with lunch and breakfast parcels through the February half-term break. The costs of these initiatives will be covered by Compass.”

The government has repeatedly bowed to pressure from Manchester United player Marcus Rashford, who has campaigned to ensure the country’s poorest children continue to receive free school meals during school holidays.