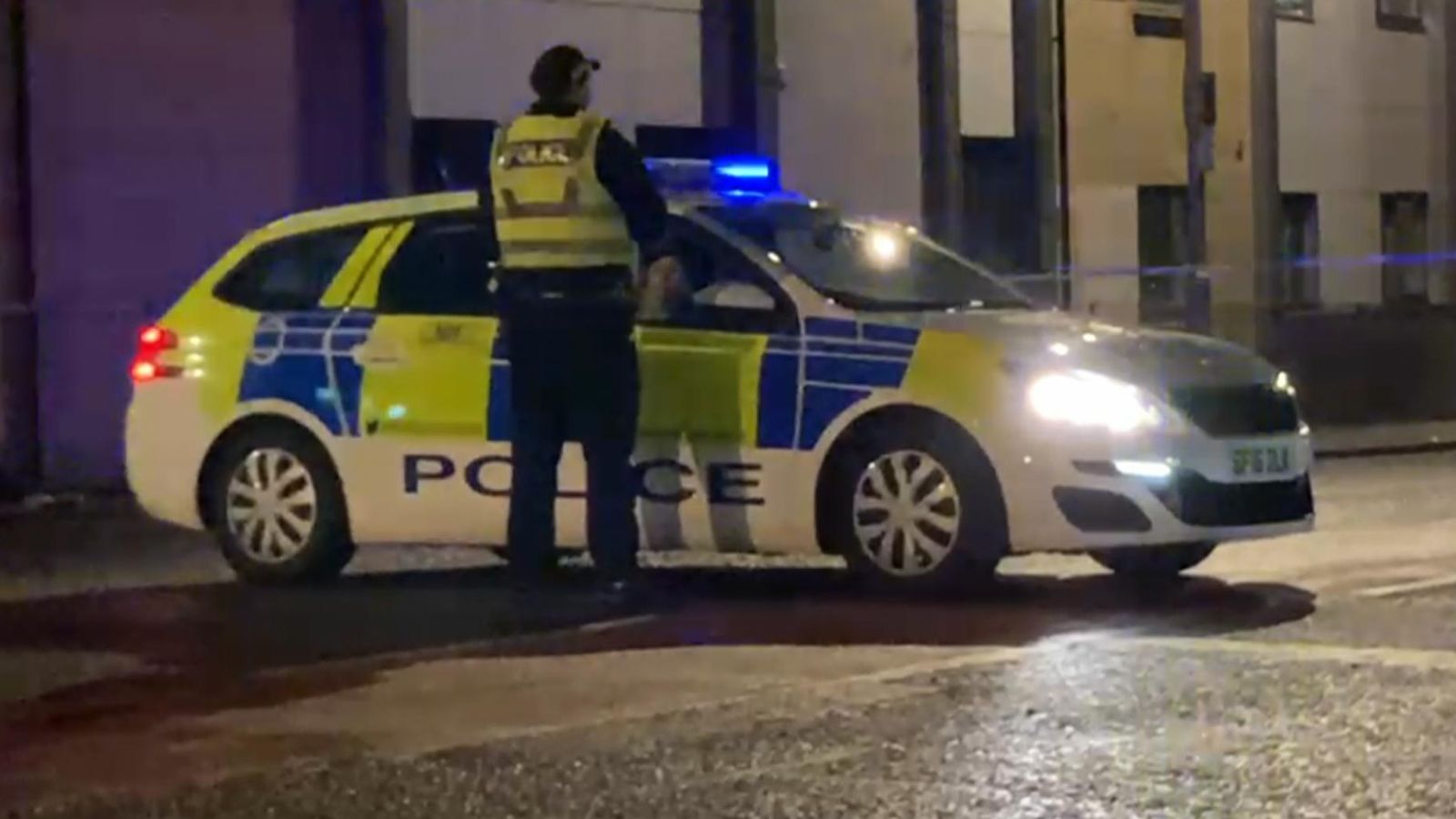 A member of staff at a hospital in Kilmarnock has been the victim of a stabbing, Sky News understands.

It’s one of three “serious incidents” in the town that are thought to be linked, police say.

Crosshouse Hospital was forced to lock down for about three hours on Thursday evening.

Image: One incident happened on Portland Street in Kilmarnock, while a second unfolded at Crosshouse Hospital

The extent of the victim’s injuries are not known.

Police Scotland said the second incident happened on Portland Street in nearby Kilmarnock, and a third on the A76.

“The first occurred around 7.45pm outside Crosshouse Hospital, the second around 20 minutes later on Portland Street, and the third, a serious road crash, on the A76, around 8.30pm.

“Enquiries into these incidents are at an early stage and these areas have been cordoned off at this time. There is no cause for concern for the wider community.”

Police Scotland has confirmed the incidents are not being treated as terror related.

Image: The lockdown at Crosshouse Hospital was later lifted

An earlier statement said that the incidents at the hospital and on Portland Street were being treated as “serious” and asked the public to avoid the areas.

The hospital was placed into lockdown, but this was later lifted.

“Police Scotland have confirmed the risk to patients, staff and visitors to the hospital is minimal, and so this lockdown has been lifted.

“There remains a large police presence on the grounds of the hospital.

“We would like to reassure anyone coming to the hospital, in particular to any patients or staff coming on shift, that Police Scotland have confirmed it is safe to do so.

“However, if you are worried, please speak to the onsite Police Scotland officers.

“As this is a Police Scotland incident, we are unable to comment any further at this time.”

Climate change: Future heatwaves in the UK could put the health of 12m at risk, report warns