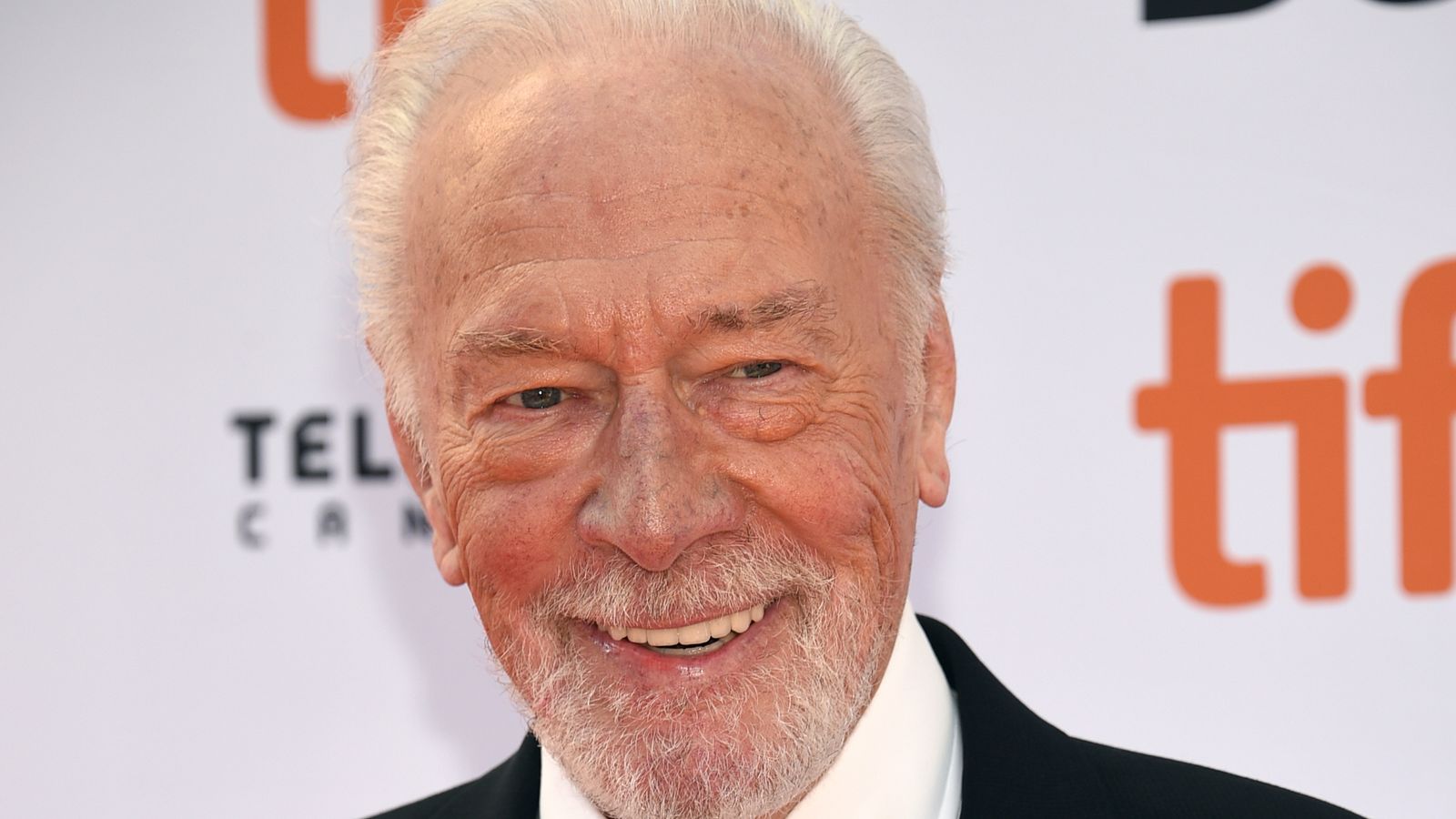 Dame Julie Andrews has led tributes to The Sound Of Music and Knives Out actor Christopher Plummer, who has died at the age of 91.

Dame Julie, 85, who starred alongside Plummer in the iconic 1965 musical, said: “I treasure the memories of our work together and all the humour and fun we shared through the years.

“My heart and condolences go out to his lovely wife Elaine and his daughter Amanda.”

She added: “The world has lost a consummate actor today and I have lost a cherished friend.”

Image: Plummer and Julie Andrews at the 50th anniversary screening of Sound Of Music in 2015

Plummer passed away peacefully at his home in Connecticut with his wife Elaine Taylor at his side, Deadline Hollywood reported.

Lou Pitt, his long-time friend and manager of 46 years, said: “Chris was an extraordinary man who deeply loved and respected his profession with great old fashion manners, self-deprecating humour and the music of words.

“He was a national treasure who deeply relished his Canadian roots. Through his art and humanity, he touched all of our hearts and his legendary life will endure for all generations to come.”

The Canadian star was best known for his role as Captain von Trapp in The Sound Of Music, which won five Oscars including best picture.

He said he had never sung before in his life – “not even in the shower” – before taking the role that included crooning the song Edelweiss.

He famously disliked the film, calling it the “The Sound Of Mucus” in interviews. But he changed his mind in later life, saying it was a “terrific movie” that made him proud.

Plummer had a varied career across film, television and theatre, starring in productions on Broadway and with the Royal Shakespeare Company.

But his career particularly flourished with a succession of standout roles from his 70s onwards.

Some of his most famous movies include 1999’s The Insider, 2019’s Knives Out alongside Bond star Daniel Craig, The Girl With The Dragon Tattoo, A Beautiful Mind, and Pixar animation Up.

Amongst the most decorated in his field, Plummer won an Oscar, two Primetime Emmys, two Tony Awards, a Golden Globe, a Screen Actors Guild Award and a Bafta during his career.

Image: Christopher Plummer at the premiere of Knives Out, which he starred in in 2019. Pic: AP

In 2012, aged 82, he became the oldest actor to win an Academy Award for his supporting role in Beginners, where he played a man who comes out as gay in later life.

In 2017, it was announced he would replace Kevin Spacey as frugal billionaire J Paul Getty in All The Money In The World, after allegations of sexual misconduct emerged against the House Of Cards actor.

The following year he was nominated for an Oscar for his role, breaking another age-related record to become the oldest actor to be nominated, after being enlisted at the 11th hour.

The official Twitter account for The Oscars said Plummer had “beguiled audiences across generations” with his film roles. “He will be missed,” it said.

Image: Plummer accepts the Oscar for best supporting actor for his role in Beginners at the 84th Academy Awards in Hollywood

Sir Ridley Scott, who worked with Plummer on All The Money In The World, also paid tribute to the late actor.

In a joint statement with his wife Gianna, the director said: “What a guy. What a talent. What a life.

“And I was fortunate enough to work with him less than two years ago and had a wonderful experience.

“My heartfelt condolences go to Elaine. He will be really missed.”

Plummer’s Knives Out co-star Chris Evans said on Twitter: “What an unbelievable loss. Few careers have such longevity and impact.

“One of my favorite memories from Knives Out was playing piano together in the Thrombey house between set-ups. He was a lovely man and a legendary talent.”

The film’s director, Rian Johnson, hailed Plummer as “a living legend who loved his craft” and “an absolute gentleman”.

“So lucky to have shared a set with him,” he added.

Lord Of The Rings actor Elijah Wood tweeted: “So sad to hear that Christopher Plummer has passed. What a legend.”

And Netflix described Plummer as “a master of the craft whose films will live on forever”.