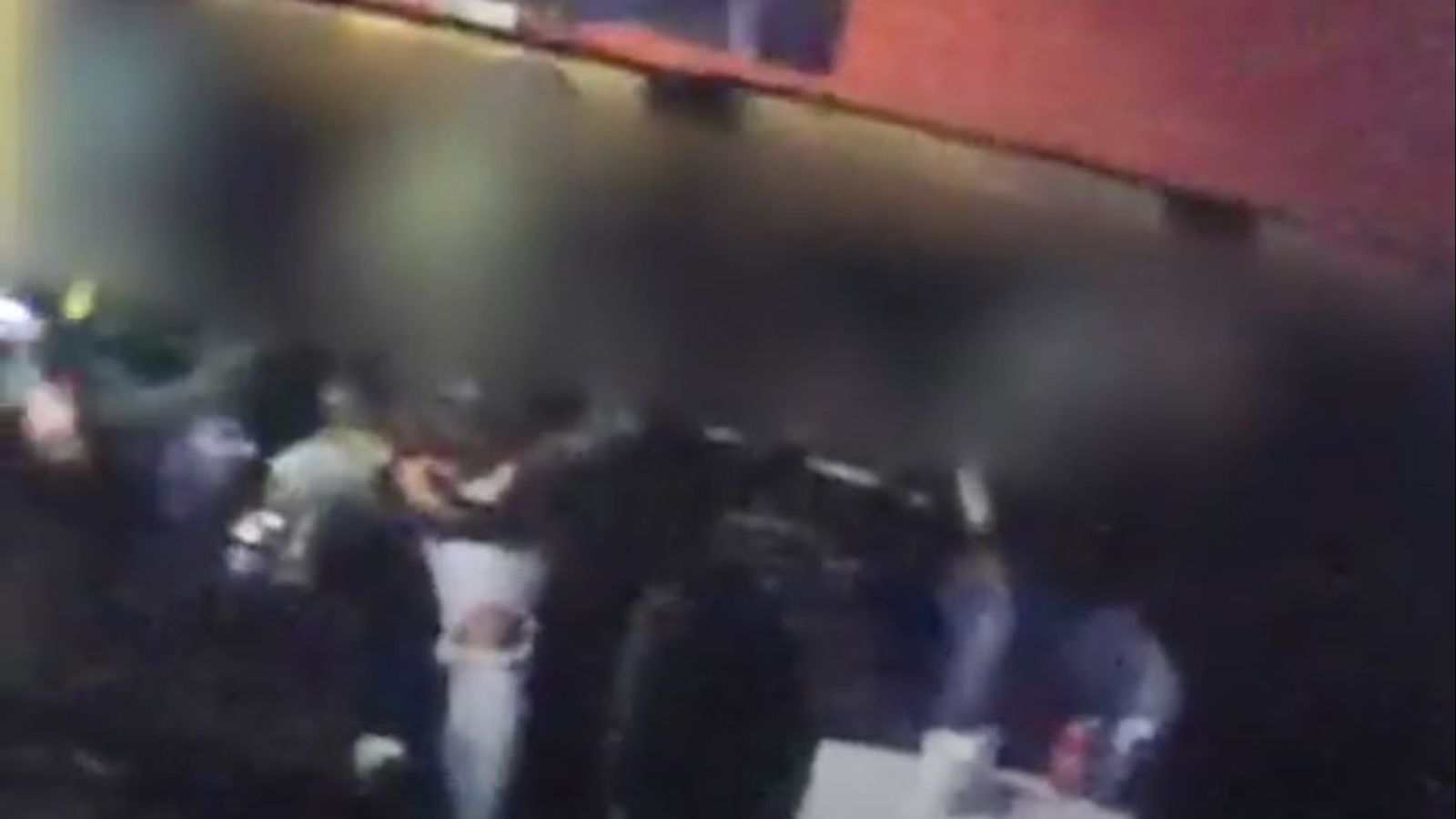 Nearly £30,000 in fines have been handed out to a group who had an illegal shisha gathering in Birmingham.

They were each handed £800 fines, the new standard amount that was introduced at the end of January for gatherings of more than 15 people.

Image: Each person at the shisha party was given an £800 fine. Pic: West Midlands Police

The breach was just one of 74 reported to the force on Saturday night, with a total of £33,400 fines handed out.

Officers entered the premises that had been converted into an open plan shisha lounge, with beer and soft drinks on offer.

Card games were being played and football was on the TV.

Officers had to call for backup units to deal with the numbers of people.

“It was a blatant breach of the social distancing laws designed to stop the spread of coronavirus,” a police spokesman said.

Image: The group was holding a shisha party with 36 people above a food shop. Pic: West Midlands Police

As well as the £28,800 in fines to that group, West Midlands Police issued 23 £200 fines to other people breaching the restrictions on Saturday night.

The night before, they found a group of nine people playing pool in a salon on Lodge Road, Winson Green.

In police bodycam footage, one person claimed they were “in the same group”.

An officer then said: “But you don’t live together, do you?

“There’s no mixing of households at all. It’s been on the telly for months now.”

Nine people were issued with £200 fines, and a further 52 reported breaches on Friday night resulted in 36 £200 fines.

Assistant Chief Constable Mark Payne said he knows “most people are sticking to the rules” but “sadly some people are still not getting the message that we are in a pandemic which has killed thousands of people, and continues to kill hundreds daily”.

“Our officers are working long hours in really difficult circumstances to keep people safe, and blatant breaches such as these are really disheartening to see,” he added.

“Officers are having to go home to their families after breaking up large gatherings such as this, not knowing if they have contracted coronavirus while trying to protect others.”