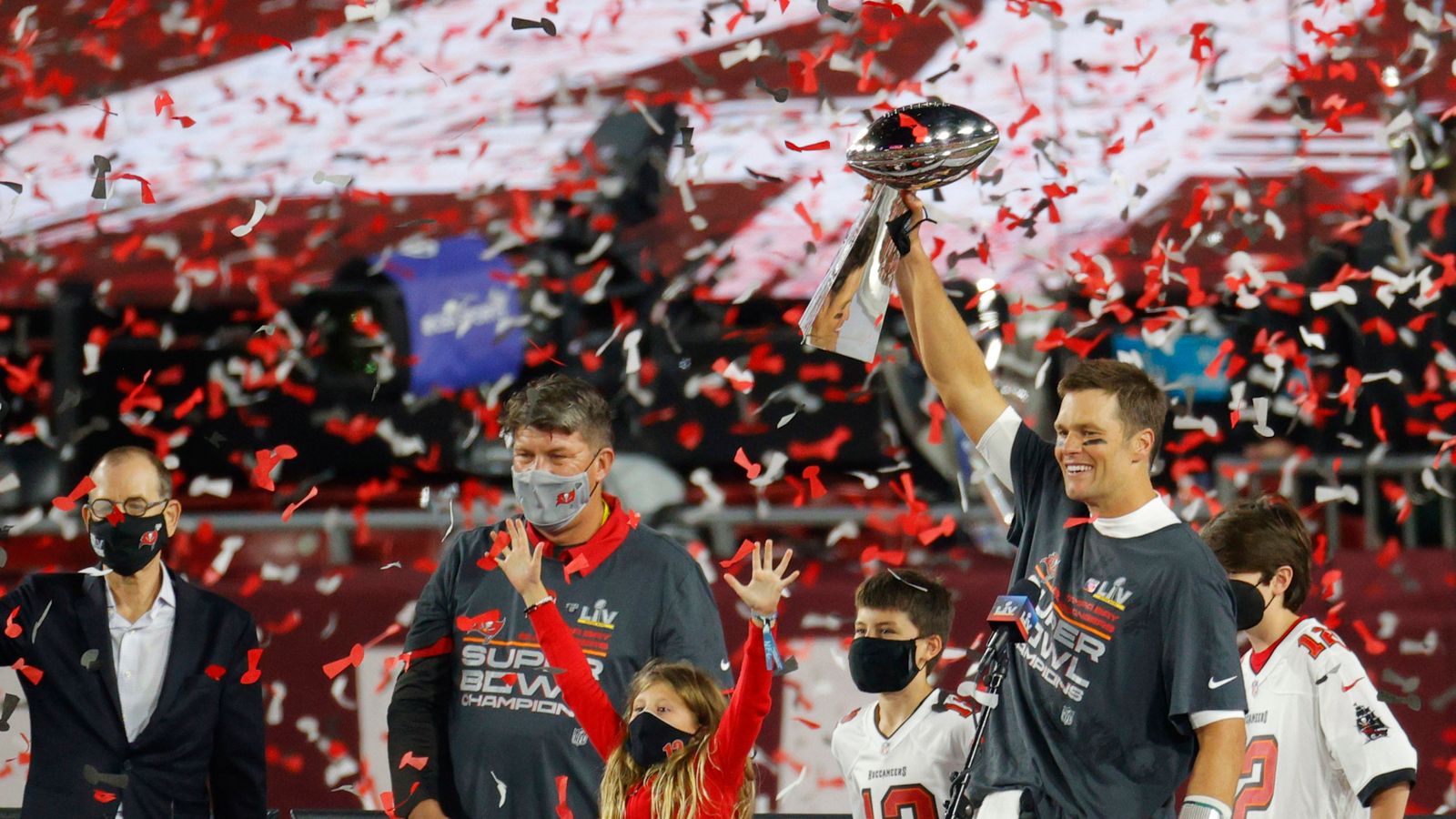 The win means legendary quarterback Tom Brady, who was also named the game’s Most Valuable Player (MVP), walks away with his seventh Super Bowl victory – a record for the sport, after winning his first six with the New England Patriots.

The 43-year-old set up three touchdowns before half-time, all but sealing the win against the reigning champions, with the team wrapping up the victory in the third quarter with a fourth trip over the line.

After the win, Brady said: “I’m so proud of all of these guys out here, everything we dealt with all year. We had a rough month of November but BA (Bruce Arians, head coach) had all the confidence in us, the team had a lot of confidence and we came together at the right time.

“I think we knew this was going to happen, didn’t we? We ended up playing our best game of the year.”

It is the second time Tampa Bay have lifted the Vince Lombardi Trophy, after first winning the event in 2003 in San Diego.

The Kansas City Chiefs’ talisman Patrick Mahomes failed to make an impact in a game he was expected to dominate for the 2020 champions, after a season that saw him become one of the youngest quarterbacks in Super Bowl history.

The huge event, which took place at the Raymond James Stadium in Tampa, was held in front of a reduced crowd and thousands of cardboard cut-outs amid the COVID-19 outbreak in Florida.

Across the entire NFL, more than a million coronavirus tests were carried out during the season in an effort to keep the sport going despite the pandemic.

Much of the season was played behind closed doors, with some games later allowing a limited number of fans in the stands.

And while the game is the main focus of proceedings for the Super Bowl, the halftime show and commercials also come under the spotlight.

Canadian singer The Weeknd had the honour of performing at the halftime show, blasting his hits such as Can’t Feel My Face and Starboy backed by violinists and dancers.

His appearance hit its climax on the pitch, where he was joined by an army of masked dancers to perform his mega-hit Blinding Lights.

Mike Myers and Dana Carvey reprised their roles from Wayne’s World alongside Cardi B for Uber Eats, while rapper Drake alongside actor Paul Rudd appeared in a commercial for State Farm insurance.

Before the event singer H.E.R performed America The Beautiful, while country star Eric Church was joined by Jazmine Sullivan for the national anthem.

Amanda Gorman, the 22-year-old poet who shot to global stardom after appearing at Joe Biden’s inauguration, also performed ahead of the game.

Usually, members of the winning team would yell “I’m going to Disney World” down the camera before heading over to nearby Orlando the next day to take part in a Super Bowl parade at the Magic Kingdom – but COVID-19 has put a halt to that this year, with Disney deciding against the annual event so as not to attract crowds to the park.