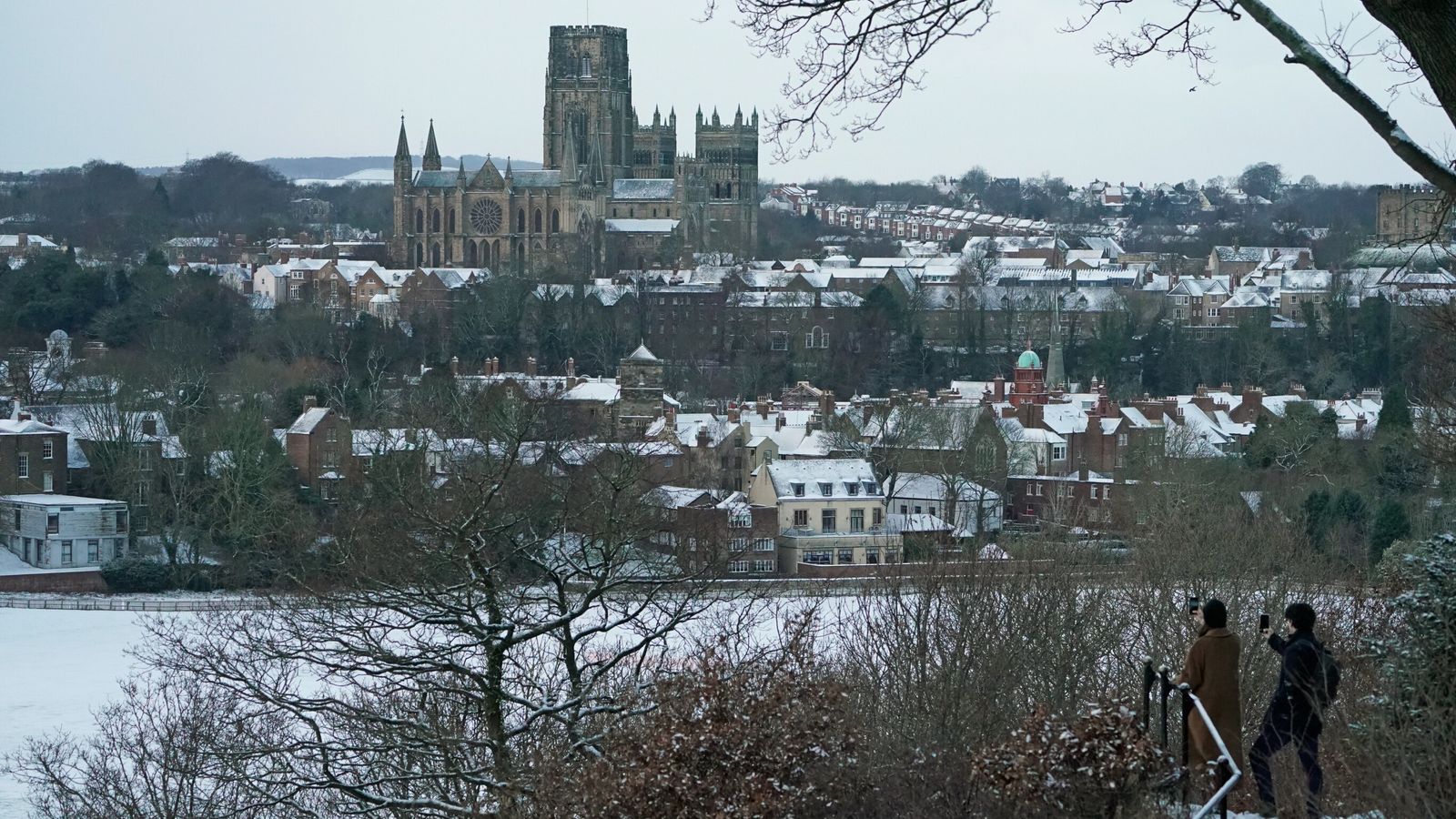 The cold weather is set to carry into this week with gusts, which made Sunday feel sub-zero in some places, to whip into Monday.

The Met Office says it has been “bitterly cold” as a result of strong easterly winds from Ukraine and the Black Sea.

London, the east and the southeast are covered by an amber weather warning for snow through until Monday lunchtime.

Image: People take pictures from Pelaw Wood of a snow covered Durham Cathedral Image: A man walks to work along a road covered in snow in Great Chart, near Ashford in Kent

There is also an amber warning for snow across parts of the East Midlands and Yorkshire and Humber until 2pm.

Both warnings said power cuts are likely, along with interruptions to mobile phone services.

Another amber warning covers central parts of Scotland on Tuesday, with up to 25cm of snow forecast.

Less serious yellow warnings for snow and ice are in place across other parts of the UK, with some lasting until Wednesday.

The warnings, stretching across northern England to Belfast in Northern Ireland and down to the southeast of England, say “rural communities could become cut off”.

There’s some #sunshine in the west but further #snow showers in many areas, these heaviest in the east ️ ️ pic.twitter.com/Ke5wO7u4Yl

Temperatures across the nation will remain mostly below freezing.

The Met Office said: “Strong easterly winds will make it feel bitterly cold across much of the UK, with further snow showers feeding westwards.

“These showers merging into some longer spells of snow over some eastern areas, whilst always drier and brighter further west.”

It added that Storm Darcy is the low-pressure system that is bringing the extreme weather, particularly to parts of the East Midlands, East Anglia and southeast England.

“Very strong easterly winds with gusts of 40-45mph inland and 50-55mph along northeast facing coasts will also lead to drifting of lying snow.

“During Monday morning the snow will turn more intermittent before gradually easing.”

Storm Darcy has been dubbed by some as a second “Beast from the East”, which caused havoc in 2018 – although this week’s weather is not expected to be as widespread.

However, police forces in parts of Suffolk, Norfolk and Essex warned drivers not to travel as roads became “impassable” on Monday.

Suffolk Highways said conditions were “worsening”, while people in Kent were told to expect slower traffic and road closures were announced in Norfolk, Lincolnshire, Cumbria, Derbyshire and Hertfordshire.

The AA said the “treacherous driving conditions” had already led to “numerous” accidents on UK roads by early Monday morning.

Image: A member of the public is seen walking in the snow towards The Angel of the North in Gateshead

A number of schools were closed across the southeast of England and Lincolnshire.

Meanwhile in Kent, Southeastern Rail advised customers against travelling on its network, after it closed several train lines on Sunday and Monday. Southern Rail announced service cancellations in south-east London.

National Rail has told train passengers that services across the country are likely to be affected by the conditions.

The firm said “it may be necessary to close some routes” urging customers to travel “later in the morning”.

Elsewhere, cliff falls were triggered by rainy weather in Dorset, Kent and Norfolk, with people being warned to stay away from seaside areas.

Public Health England (PHE) has issued a cold weather alert for the whole of England into Wednesday and urged people to check in on their vulnerable neighbours, friends and relatives.

Dr Owen Landeg, of PHE, said: “For older people and those with heart and lung problems, it can increase the risks of heart attacks, strokes and chest infections.”

Sven Badzak killing: Mother of man who was fatally stabbed pleads with PM for help 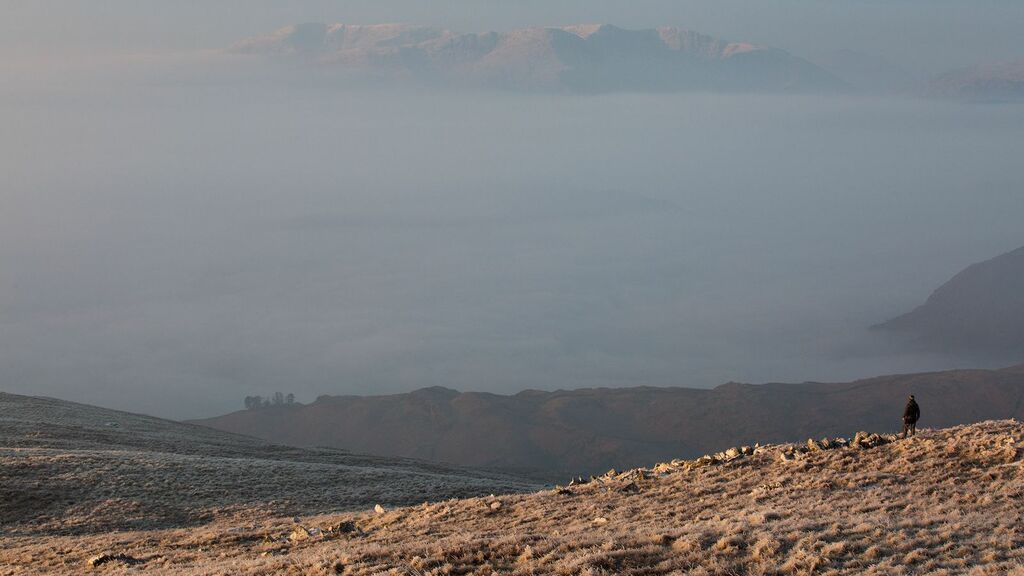