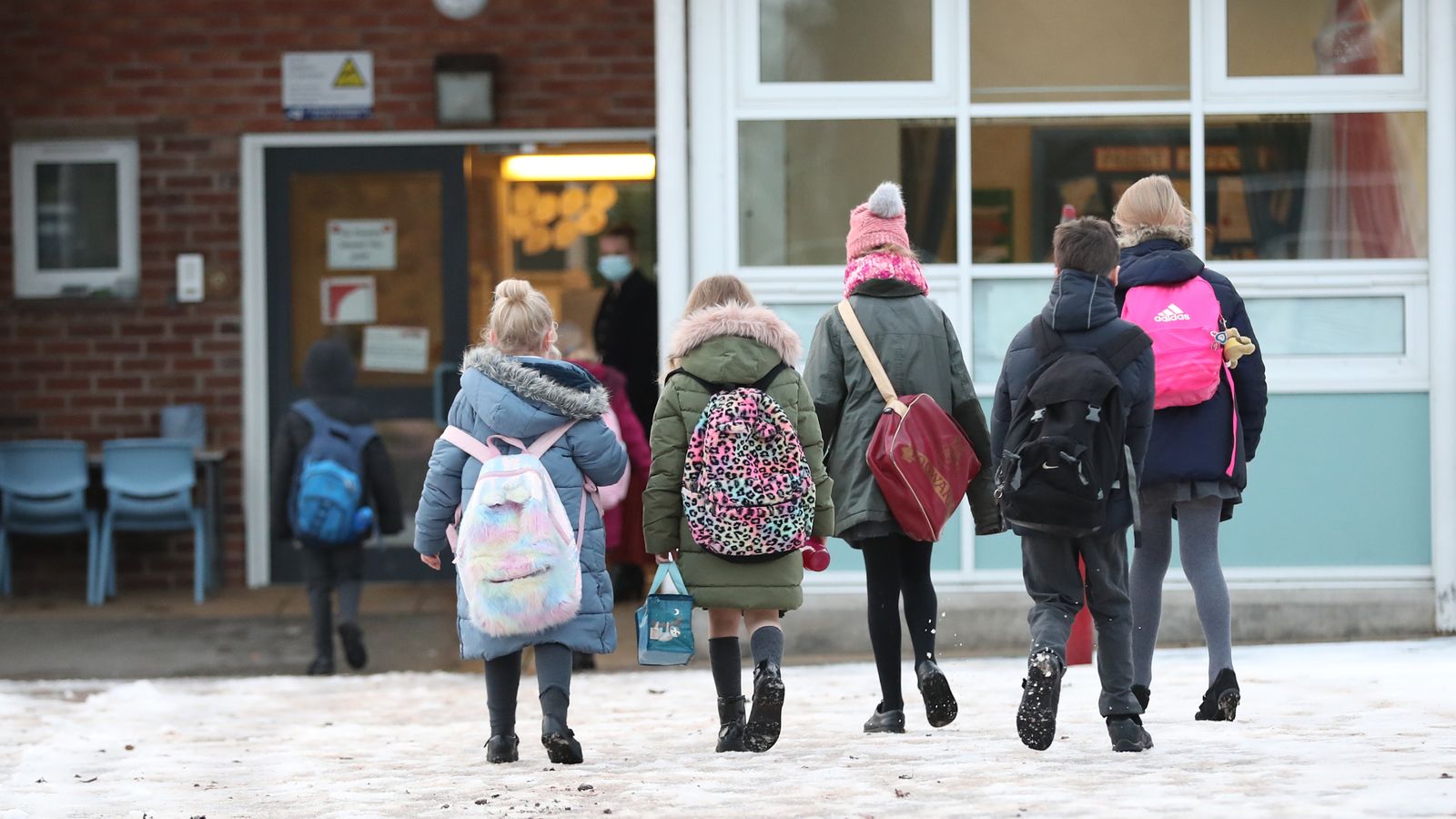 Boris Johnson has not ruled out a shake-up of the school calendar as part of a “flat out” bid to help pupils catch up from missed classroom time.

The prime minister on Monday said the government’s “single biggest priority” now was to overcome the loss of learning suffered by children during the coronavirus pandemic.

In the week of 22 February, Mr Johnson is due to unveil his roadmap for lifting England’s current lockdown restrictions.

It has been reported that among the proposals being considered by ministers is a change to the school calendar.

According to The Sunday Times, one idea is for schools in England to stay open for two weeks longer in the summer, when doors and windows can be left open to reduce the risk of virus transmission.

The holidays at autumn half-term and Christmas would subsequently be extended by a week each, the newspaper said.

Asked on Monday whether school terms could be extended into the summer holidays, Mr Johnson declined to rule out such a move.

“In the week of 22 February we will be setting out much more about what we’re going to do to help pupils catch up, to help kids catch up for the learning that they’ve lost,” he said.

“As I said last week, this is the single biggest priority now for the government.

“We can do things at great pace to try and remedy the gaps in provision for healthcare, the loss of healthcare that people have suffered, we can speed up court cases.

“But we’ve got to work flat out now as a country, as a society, to remedy the loss of learning that kids have had.”

The prime minister highlighted how the government had already committed to a £1bn programme to help children catch up from lost teaching time.

And he added Education Secretary Gavin Williamson would “also be setting out in more detail, exactly what we want to do to help kids catch up and bounce back from this pandemic, because it’s going to take a while to do that.”

Mr Johnson has previously said that 8 March is the “earliest” by which the government could allow schools in England to fully reopen from the current national lockdown.

However, the announcement that all of Scotland’s youngest pupils could return to classrooms from 22 February has increased pressure on Mr Johnson from Conservative MPs to firm up his plans for reopening all schools in England.

Tory MP Robert Halfon, the chair of the House of Commons education committee, supported a change to the school calendar.

“We have to reform the school year,” he told The Sunday Times.

“There has to be change; things cannot carry on the way they did pre-COVID. From my discussions with Number 10, everything is up for debate.”

Geoff Barton, general secretary of the Association of School and College Leaders (ASCL), said: “It’s nice to think about doing things differently, and this is the moment to rethink them.

“But anyone trying to force that through this summer will find people are just craving getting back to normal.

“Parents will want to meet grandparents and people will want a holiday. I think this is a medium-term solution.”

Over three nights Sky News will host a series of special programmes examining the UK’s response to the pandemic. Watch COVID Crisis: Learning the Lessons at 8pm on 9, 10 and 11 February.