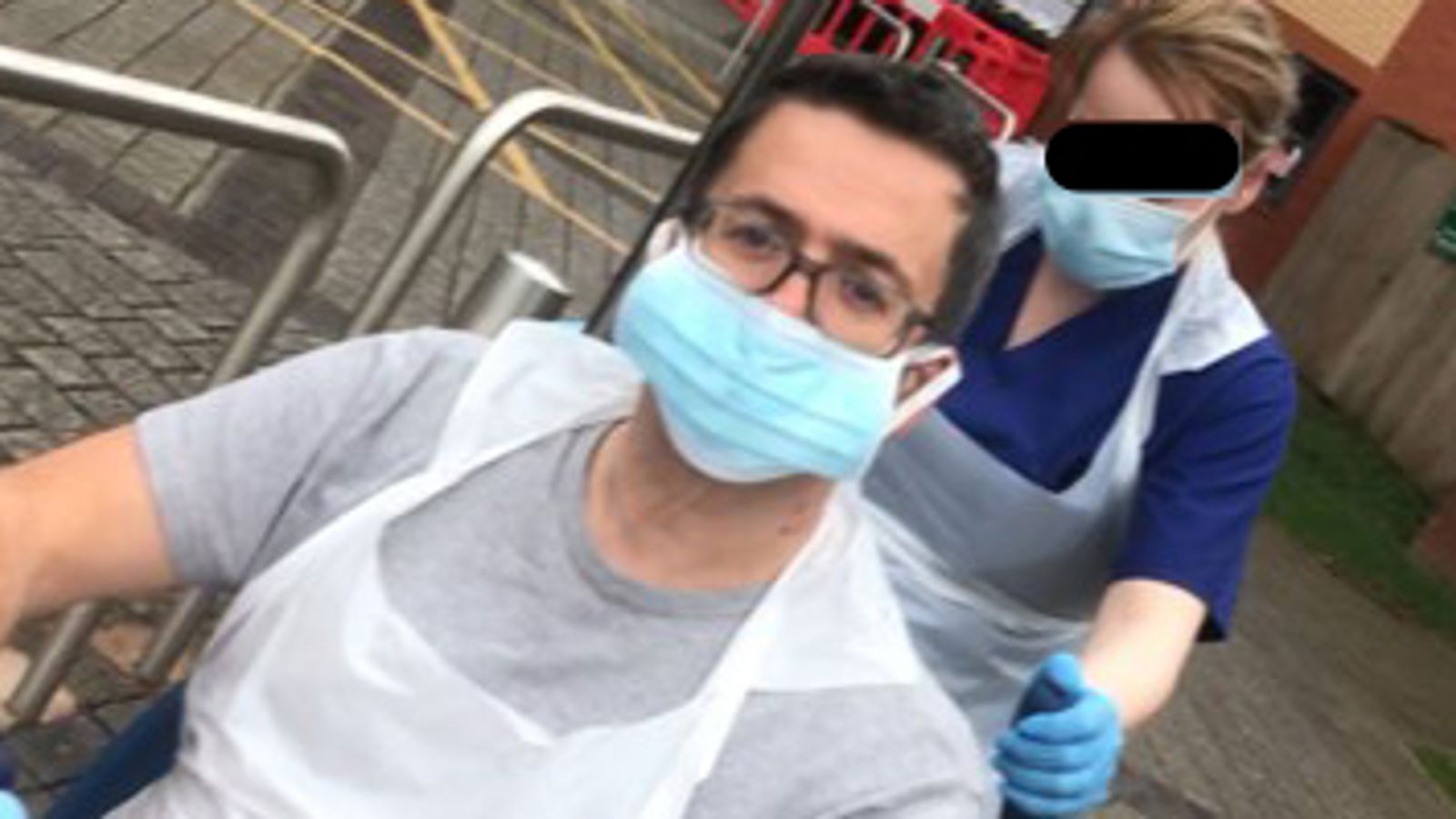 After contracting COVID-19 last April, Peter Julian spent 17 days in hospital – nine of them on a ventilator.

The illness and the medication he was given caused him to hallucinate, on top of the mental and physical discomfort.

“I can’t remember much about being on the ventilator,” Mr Julian said.

“But once I was off it, the best way to describe how it feels is like someone’s holding a damp cushion over your face, and occasionally they remove it just long enough for you to snatch a breath. It was horrible.”

His hallucinations were vivid. Some of them were pleasant, like seeing fireworks displays from his ward window every night. Others were terrifying: seeing Samurai warriors coming to kill him, or fellow patients on the ward dying.

After he was allowed home, Mr Julian began to show symptoms of post traumatic stress disorder, or PTSD – a condition which is not uncommon in both ICU patients and, according to a recent survey, staff too.

It also found 16% of patients given medical help at home showed extensive symptoms, as did 11% of those who experienced breathing problems at home without needing medical assistance.

Dr Adrian James, president of the Royal College of Psychiatrists whose journal BJPsych Open commissioned the survey, said: “It is clear that COVID-19 can have serious mental health consequences.

“This virus isn’t just a threat to our physical health. It also poses significant risks to mental health during and following the illness.

“Over 400,000 patients have been hospitalised with COVID-19 in the UK and sadly there will be more to come. Many of those fortunate enough to survive their ordeal will experience a significant impact on their mental health.”

Nine months after leaving hospital, Mr Julian still experiences the flashbacks that are a common symptom of PTSD.

“One of the things I get flashbacks about is being on a trolley, going into ICU, and a doctor anaesthetising me,” he said.

“I saw a TV show last week that showed a hospital-style ceiling, and that takes you back. And when that happens you get the physical feelings back too, like the shallow breathing and stress.”

Mr Julian said he has received some psychiatric care and physiotherapy from the NHS, but has also benefited from reaching out to charities such as ICU Steps, which provides help and mental health support for intensive care patients.

“Effective and joined up follow-up care must be provided after discharge and mental health services must be adequately expanded to treat increasing numbers of people with PTSD symptoms,” he said.

The Royal College of Psychiatrists, and many patients like Peter, say more support is urgently needed. If it isn’t provided, then they fear that a mental health crisis may be hot on the heels of the current pandemic.

UK weather: People in some areas warned not to travel as Storm Darcy shows no sign of relenting