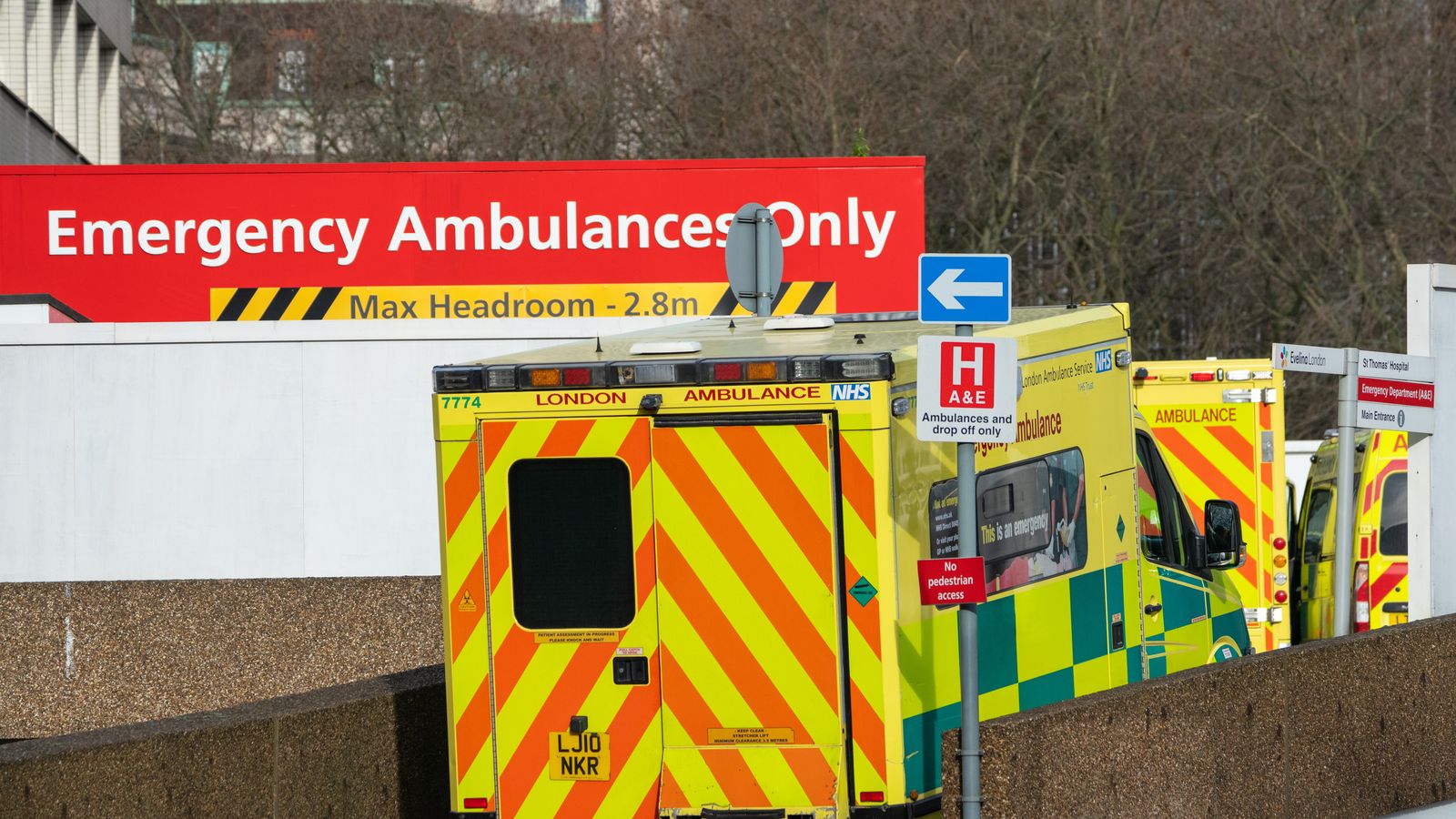 Another 333 coronavirus-related deaths have been reported in the UK in the last 24 hours, according to the latest government figures.

The number is down from the 373 fatalities confirmed on Sunday.

Since the pandemic began a year ago, a total of 112,798 people have now died in the UK within 28 days of a positive COVID-19 test.

A further 14,104 infections were also confirmed on Monday, compared to the 15,845 cases reported yesterday.

There are currently 29,326 people in hospital with coronavirus across the UK.

The seven-day rolling average of first doses administered in the UK is now 428,130.

Based on the latest figures, an average of 386,571 first doses of vaccine would be needed each day to meet the government’s target of 15 million first doses to the four most vulnerable groups by 15 February.

The news comes on the day a trial suggests the Oxford/AstraZeneca jab reduces mild-to-moderate COVID by just 22% in people who have the strain that first originated in South Africa.

There are now 147 cases of that strain in the UK.

Separate figures published by the UK’s statistics agencies for deaths where COVID-19 has been mentioned on the death certificate, together with additional data on deaths that have occurred in recent days, show there have now been 130,000 deaths involving COVID-19 in the UK.

Over three nights, Sky News will host a series of special programmes examining the UK’s response to the pandemic.