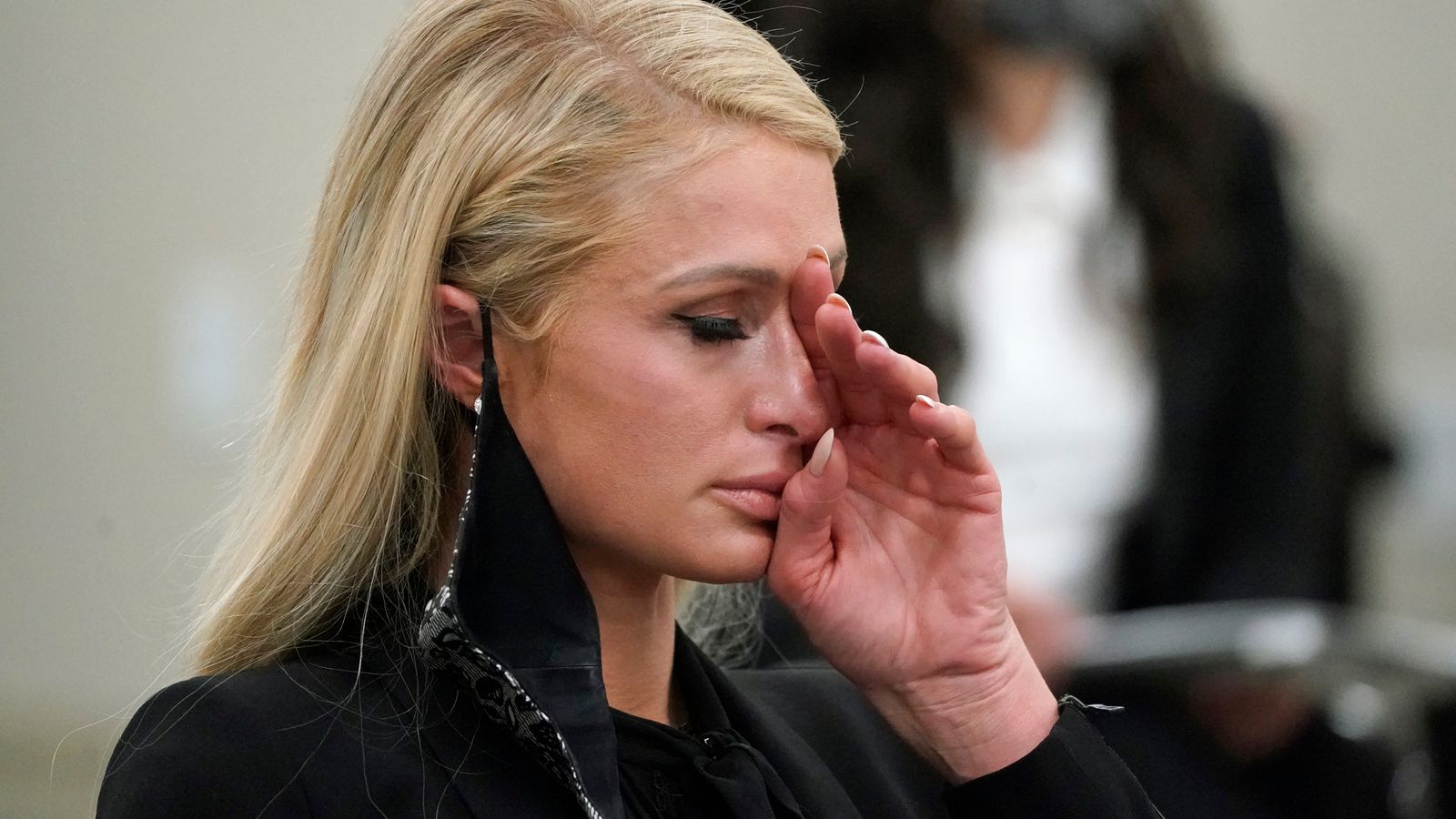 Paris Hilton has testified about abuse she says she suffered as a teenager at a boarding school, including being forced into solitary confinement naked, made to take mystery pills, and subjected to beatings.

She has previously spoken to Sky News about her treatment during her childhood, and has also released a documentary about it called This is Paris.

The businesswoman and socialite, 39, was speaking to the Utah state senate on Monday as politicians considered legislation regulating the “troubled teen industry”.

But there is little regulation of the practice in Utah, in the west of the United States, and Ms Hilton provided her own experience as evidence supporting greater legislation over the industry.

Ms Hilton was sent to Provo Canyon School – south of Salt Lake City – when she was 17 years old.

She stayed for 11 months and during that time said she was abused mentally and physically by staff.

“I could not report this because all communication with my family was monitored and censored.

“And what is disgusting is the programme doesn’t just censor communication with family, but also with the entire outside world, so there was no way we could call for help.”

Paris Hilton – ‘I don’t have a perfect life’

She spoke in favour of a bill that would require more government oversight of youth residential treatment centres and require them to document when they use restraints.

Following the testimony – from Ms Hilton and others – the new measures were passed unanimously.

“Talking about something so personal was and is still terrifying,” Ms Hilton told the committee.

“But I cannot go to sleep at night knowing that there are children that are experiencing the same abuse that I and so many others went through, and neither should you.”

Image: Ms Hilton has called on the top levels of the US government to makes changes in the “troubled teen industry”

The Provo institution has changed ownership since Ms Hilton was there, and the current owners say they cannot comment on what happened before their tenure.

Since Ms Hilton released her documentary, other celebrities – like Michael Jackson’s daughter Paris and tattoo artist Kat Von D – have spoken about their experiences at Provo or similar places.

During her testimony, Ms Hilton called on the national government, including President Joe Biden and Vice President Kamala Harris, to make changes at a national level.

Speaking after her appearance, she said: “This is just the first step.”

“This bill is going to definitely help a lot of children but there’s obviously more work to do, and I’m not going to stop until change happens.”