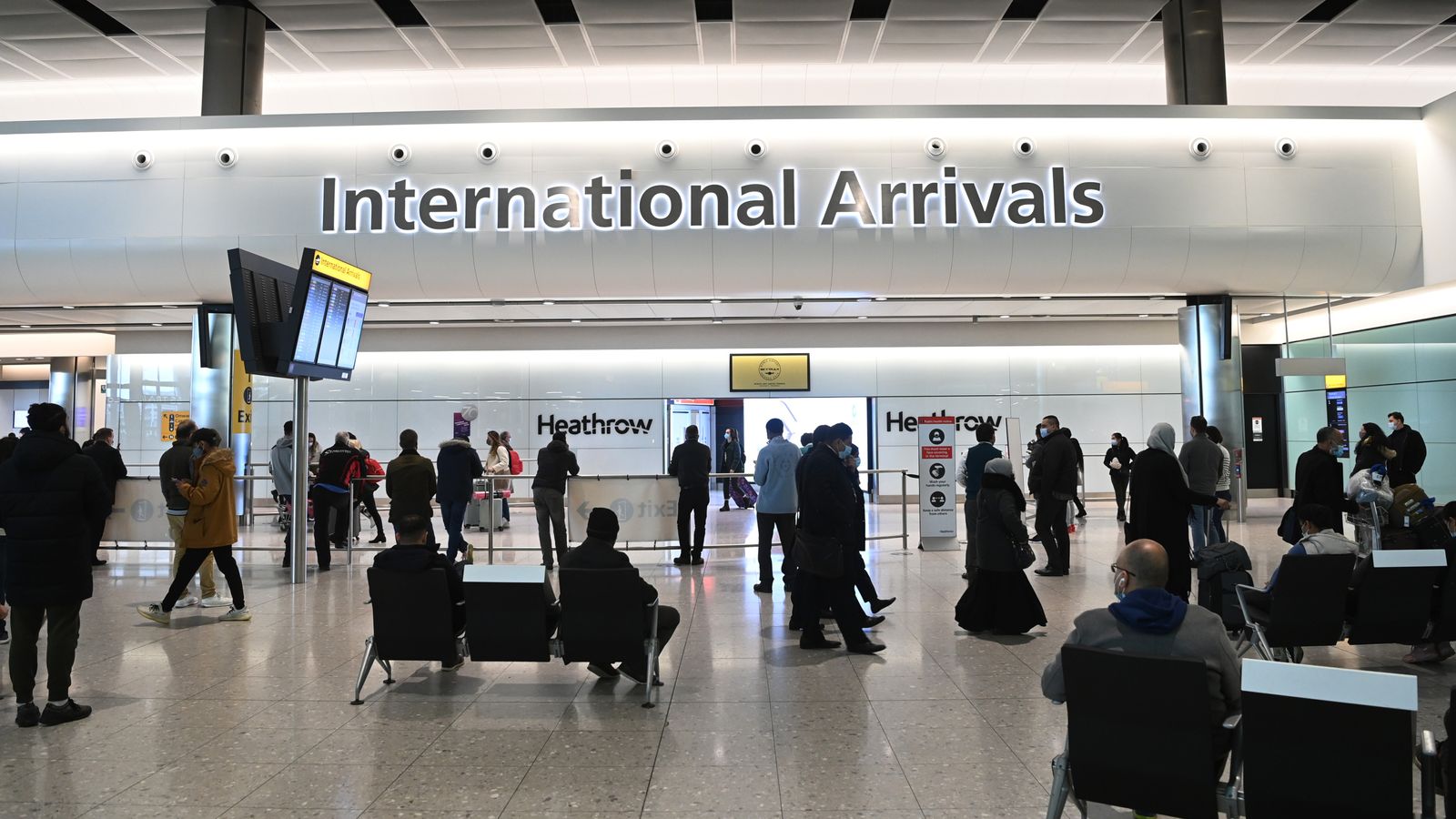 Transport Secretary Grant Shapps has defended the introduction of 10-year jail sentences for those who lie about their travel at the UK border as “appropriate”.

Under new measures due to come into force from Monday, UK and Irish residents arriving in England from 33 “red list” countries will have to pay up to £1,750 to quarantine for 10 days in government-managed hotel rooms.

As part of the enforcement of the new action, anyone who tries to conceal they had been in a “red list” country in the 10 days before their arrival will face a prison sentence of up to 10 years – a penalty which has caused concern among some MPs and former judges.

Mr Shapps explained how the fresh restrictions are being introduced due to the government’s concerns about new coronavirus variants being imported, or becoming more widespread, in the UK.

“What we’re dealing with now are the variants and, with variants, we cannot risk it in these final stages – where we’ve got the vaccine rolled out – that we might end up with a difficulty from variations, although we think so far that we’ll be able to take care of them through the vaccines,” he told Sky News.

“And, because of that, we think… things like prison sentences for lying about being in one of those red list countries are appropriate.”

The government has more than 5,000 hotel rooms immediately available for people to quarantine in, he said.

“By next week, when people will have to pay to do this, £1,750 package on top of their costs of getting here via an indirect route, I think we’ll find the numbers are actually pretty small,” the transport secretary added.

Mr Shapps also cast doubt on whether Britons would be able to enjoy a summer holiday this year, either in the UK or abroad, amid the concerns about new COVID variants.

“I’m afraid I can’t give you a definitive ‘will there or will there not be’ the opportunity to take holidays this next year, either at home or abroad,” he said.

Labour has criticised the government’s new border measures as too limited and called for a more comprehensive hotel quarantine system for international arrivals – not just those from “red list” countries.

Shadow home secretary, Nick Thomas-Symonds, also told Sky News he was “very concerned” about the introduction of long prison sentences for those who try to deceive border officials.

He backed the need for a “significant penalty” for lying on a Passenger Locator Form, describing it as “a very serious thing to do” which has “profound consequences”.

But Mr Thomas-Symonds demanded the government to produce more details on the punishment, including how it interacts with existing laws and whether there would be a “sliding scale” for lesser offences.

“Crucially, what we can’t do is allow an announcement of an eye-catching figure on a prison sentence to detract or distract away from what is actually required here, which is that comprehensive hotel quarantine system that needs to be introduced,” he told Sky News.

“Ten years is the maximum sentence for threats to kill, non-fatal poisoning or indecent assault,” he wrote in an article for the Daily Telegraph.

“Does Mr Hancock really think that non-disclosure of a visit to Portugal is worse than the large number of violent firearms offences or sexual offences involving minors, for which the maximum is seven years?”

In Scotland, all international travellers arriving into Scotland – not just those from “red list” countries – will have to stay in a quarantine hotel.

There are currently no international flights operating to Wales or Northern Ireland.

Persimmon sets aside £75m to fund cladding work on its buildings