COVID-19: Government failed to contact 375,000 to tell them to shield, watchdog finds 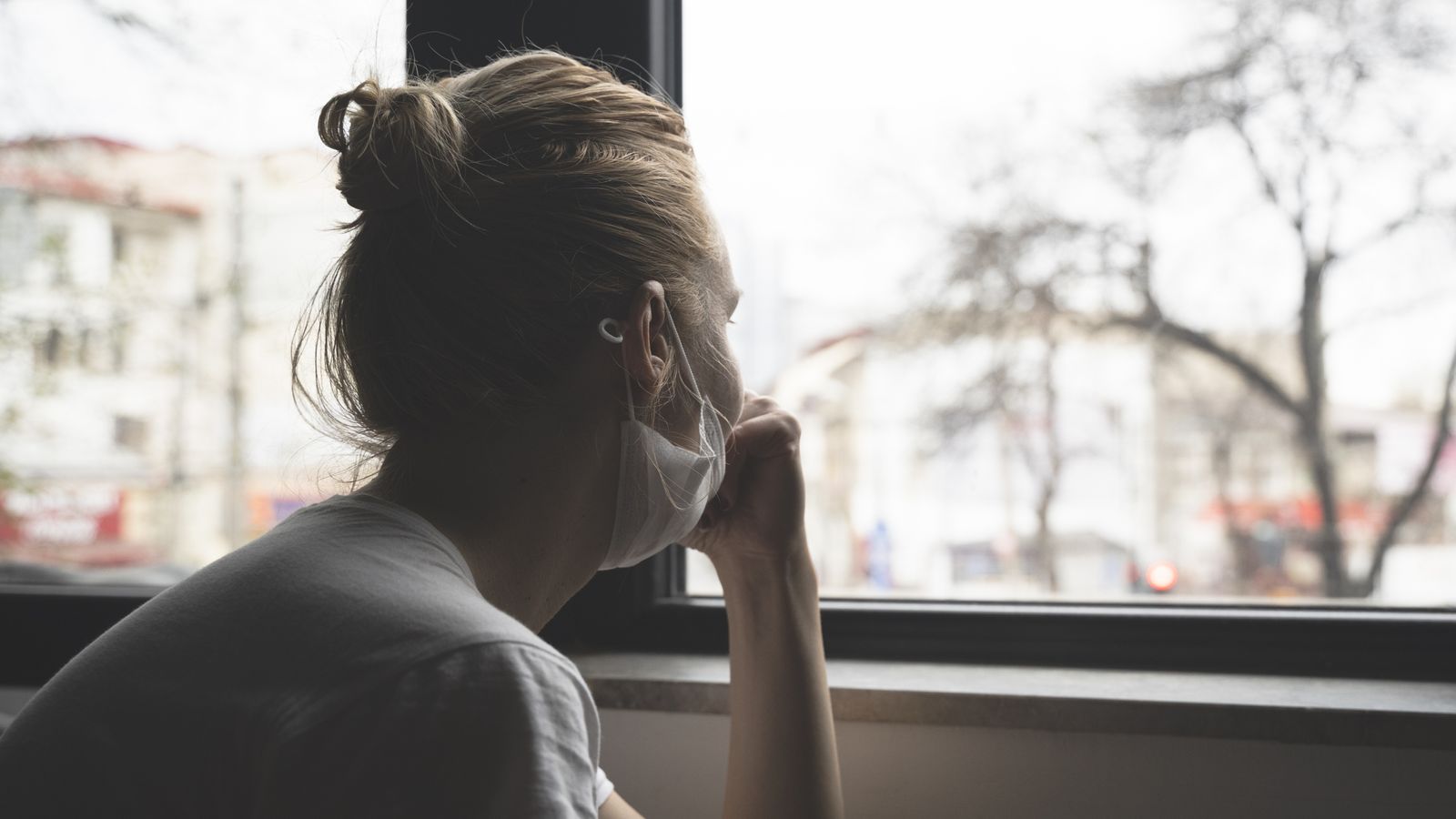 The government had difficulty contacting hundreds of thousands of clinically vulnerable people who were told to shield at the start of the pandemic, a watchdog has discovered.

A lack of contingency planning meant officials scrambled to develop a system to find those who might need support while they were unable to leave the house, according to the National Audit Office (NAO).

It meant they had to rely on out of date hospital records with missing or inaccurate information, leading to some having to wait weeks to get food deliveries or medicines.

A contact centre was set up to try to reach those who had not already registered for the scheme, but it was unable to get in touch with 375,000 people.

At the same time, it was discovered that 126,000 people were contacted in error and told to shield when they did not need to.

It was announced on 22 March last year that around 1.5 million people considered “clinically extremely vulnerable” would have to shield for the subsequent 12 weeks – but there had been no system in place to allow a “sweep” across patient data to see who should be on the list.

An initial list by NHS Digital identified 870,000 people as being vulnerable and were sent letters, while another 420,000 were found through GP records by 12 April.

The government commissioned a contact centre in an effort to reach those people who had not yet signed up for support, but of the 1.8 million names handed over, 375,000 were unable to be contacted due to missing data and a further 440,000 refused to sign up – in some cases hanging up the phone in the belief it was a nuisance call.

Some 510,000 people were supported by the government to shield to the start of August, costing around £305 million – £200 million of which was spent on food parcels.

The NAO says that the Department of Health and Social Care was unable to say whether shielding had led to fewer deaths or cases of serious illness among those who did shield, but said it was “likely” that it helped.

The head of the NAO, Gareth Davies, said: “The shielding programme was an important response to support clinically extremely vulnerable people asked to shield.

“However, challenges pulling together data meant it took time to quickly identify those needing to shield, and therefore eligible for support.”

Meg Hillier, the chair of the Commons Public Accounts Committee, said: “Government quickly identified the need to support vulnerable people at the onset of the pandemic. But with nothing prepared, government had to build its shielding programme from scratch.

“Nearly a million people were not eligible for support for weeks while the government scrambled to gather basic information. Meanwhile, too many vulnerable people were left confused by government’s mixed messages.”

A government spokesman said: “As the NAO acknowledges, we worked swiftly to protect the clinically vulnerable from the start of the pandemic – building a support system of unprecedented scale from scratch.

“But we’ve of course learnt lessons since our initial response, such as updating the shielded patient list on an ongoing basis and working with local authorities to refine what is offered, and continue to provide the best possible support for vulnerable people during this difficult time.”

Eight Britons arrested over hacking phones of US celebrities