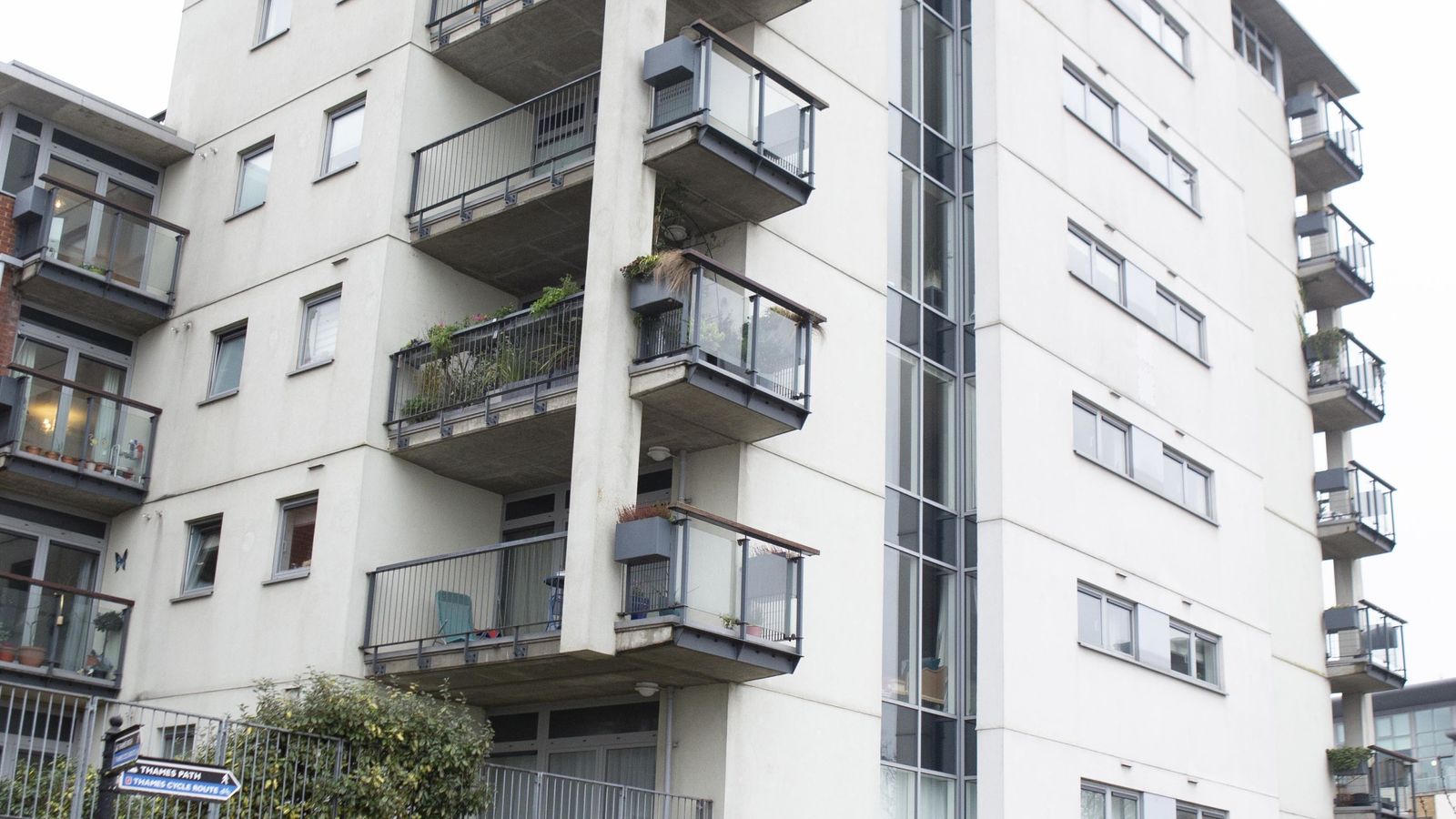 A long awaited bailout package worth billions of pounds for homeowners affected by the cladding scandal is being announced by the government.

Nearly four years after the Grenfell fire tragedy, in which 72 people died, Housing Secretary Robert Jenrick is unveiling a rescue plan which could benefit more than a million people.

In a Commons statement, he is expected to promise help for leaseholders who have been unable to sell, re-mortgage or insure homes since the Grenfell inferno in June 2017.

The announcement will come hours after housebuilder Persimmon revealed that it had identified 26 buildings, including nine high-rises, it had built in the past that may require work to make them safe.

Mr Jenrick is expected to announce a £5bn bailout fund to help owners who are trapped in flats cased in potentially lethal cladding and facing repair bills averaging £40,000.

But in moves that will be attacked by MPs, grants to remove cladding are likely to be limited to buildings higher than 18 metres and people in smaller buildings may have to make do with loans.

Labour is already claiming Mr Jenrick’s proposals are “too little, too late” and one Tory MP has denounced a move to force some householders to take out loans as “a disgraceful betrayal”.

Since Grenfell, the government has already provided a £1.6bn building safety fund and £30m to pay for alarm systems, but MPs and campaigners have claimed this is grossly inadequate.

Image: Seventy-two people died in the Grenfell Tower disaster in 2017

Faced with a growing demands for action from MPs of all parties, Mr Jenrick is said to have reached a deal with the Chancellor, Rishi Sunak, about finding the funds needed for repair bills.

Treasury insiders have insisted Mr Sunak has been “working around the clock” to help the people trapped in homes at risk of fire and up to three million who cannot sell flats because of the safety issues exposed by Grenfell.

The crisis is said to have left many homeowners bankrupt and distraught and prompted claims from MPs that some have become suicidal because of their distress and financial hardship.

But ahead of Mr Jenrick’s statement, Labour’s Shadow Housing Secretary Thangam Debbonaire, said: “Whatever is announced will be too late for those first-time buyers who have already gone bust.

“The government should protect leaseholders and the taxpayer, by providing upfront funding and pursuing those responsible.”

And leading Tory campaigner Stephen McPartland, MP for Stevenage, told The Times: “It’s clear they don’t have a grip on the situation and their incompetence is creating this problem.

“Millions of leaseholders are facing financial ruin and we will not accept loans. They are not a solution, they are a disgraceful betrayal.”

Mr Jenrick’s Commons statement also comes as the government attempts to prevent a big Tory rebellion and a Commons defeat on its Fire Safety Bill, currently going through parliament.

More than 40 Conservative MPs are backing an amendment which would bar freeholders of blocks of flats from passing the costs of removing cladding or other fire safety work on to their leaseholders.

Last week, challenged by the Labour leader Sir Keir Starmer at Prime Minister’s Questions, Boris Johnson told MPs: “We are determined that no leaseholder should have to pay for the unaffordable costs of fixing safety defects that they didn’t cause and are no fault of their own.”

Asked by Mr McPartland to rule out loans to leaseholders, he replied: “Yes… we’re absolutely clear that leaseholders should not have to worry about the cost of fixing historic safety defects that they didn’t cause.”

Earlier, in a Commons debate initiated by Labour, the Housing Minister Chris Pincher vowed to bring forward a solution “very shortly” and said it was “wrong and unjust” that leaseholders should bear the costs of removing combustible cladding.

But senior Tory MP Bob Blackman, MP for Harrow East, later told The Times: “Three and a half years after the Grenfell tragedy, we still have leaseholders living in unsaleable, un-mortgageable, uninsurable, unsafe properties, and that is a disgrace that we have to put right.”

COVID-19: Government failed to contact 375,000 to tell them to shield, watchdog finds