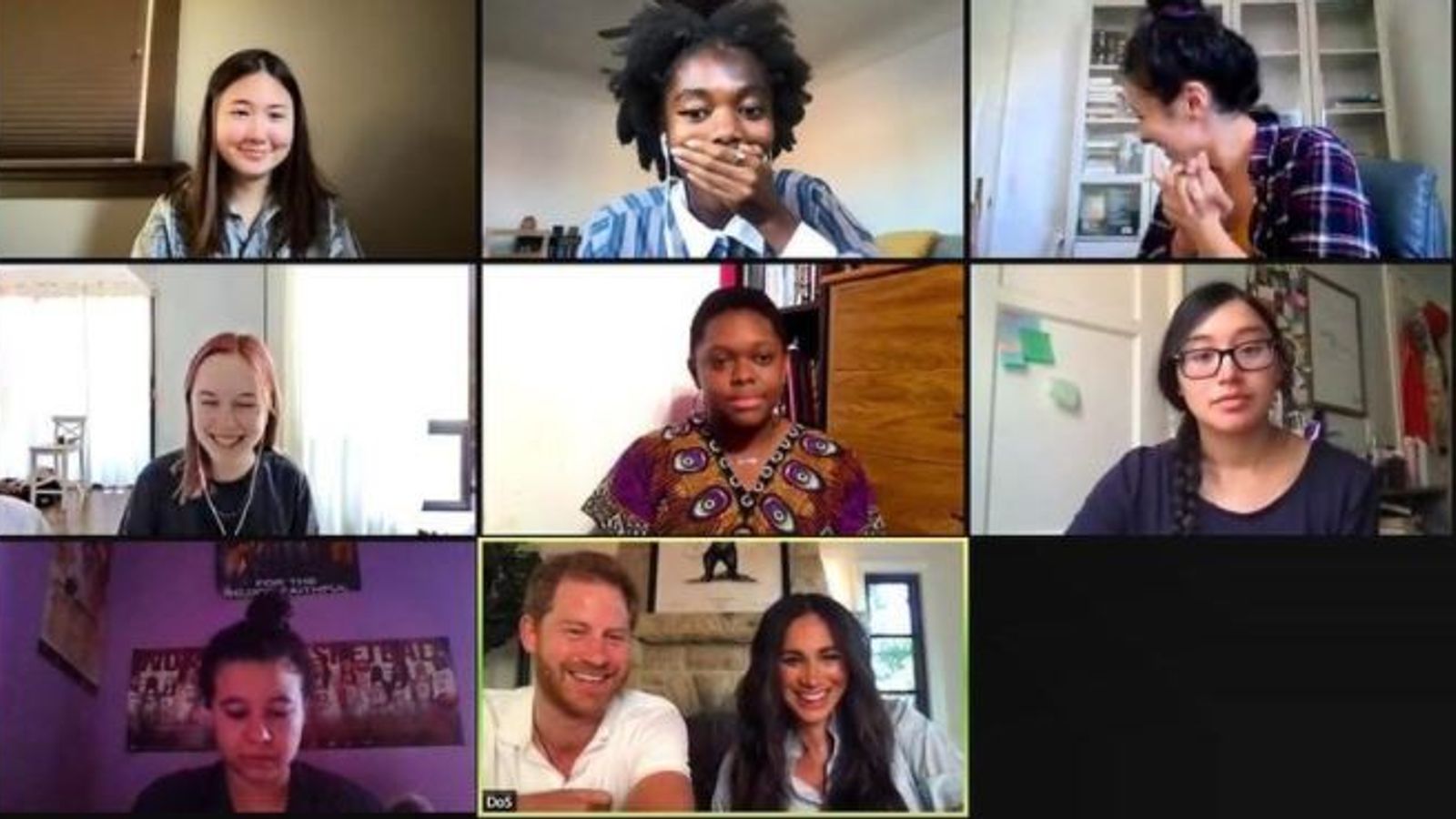 A group of young poets were left stunned by a guest appearance from the Duke and Duchess of Sussex, who dropped in to a Zoom class to say hello.

Meghan delighted the online gathering of Get Lit – Words Ignite, a non-profit arts education organisation based in California, by sharing some of her favourite poetry lines.

Posting about their surprise visitors on social media, the organisation said the couple were “magic and kind and interested in poetry” and had given the group the “most epic experience” in its history.

It is understood Harry and Meghan, who were pictured sitting side-by-side during the online class, wanted to back the organisation in honour of Black History Month in the US.

Get Lit is supporting the Black Lives Matter movement with a 2020-2021 anthology of suggested poems featuring only black authors and poets.

Mason Granger, the group’s manager of public outreach, shared the same Zoom picture on Instagram, and said the Sussexes spent 45 minutes chatting with the teenagers and had taken time to learn about each of the students beforehand.

“Soooo Prince Harry and Meghan dropped into my poetry class on Saturday and kicked it with the Get Lit Players for a multitude of minutes,” he said.

“My favourite part of it all was Meghan echoing so many sentiments we’ve talked about in class, about this particular moment in time/history to be a young person and the ripple effect of a single voice.

“The root of them deciding to come is because at some point in their lives, they were moved by a poem.”

Mr Granger described the experience as “pretty surreal” and added: “My kids shared poems, they asked questions, the kids answered and asked questions back, they responded authentically.”

Get Lit did not say which poem Meghan quoted, but the duchess has previously described poet and civil rights activist Maya Angelou as “incredible”.

She quoted Angelou in a rousing speech during the couple’s tour of South Africa in 2019, saying: “Each time a woman stands up for herself, without knowing it, possibly without claiming it, she stands up for all women.”

A Note From The Beach, by Matt Haig, written from the perspective of the beach telling a sunbather it does not care about their body, was also included as a “personal favourite” verse when she guest edited British Vogue in 2019.

And if you’re thinking about inviting the couple for any future Zoom poetry sessions, they have Get Lit’s seal of approval – Mr Granger said he “10/10 would recommend”.