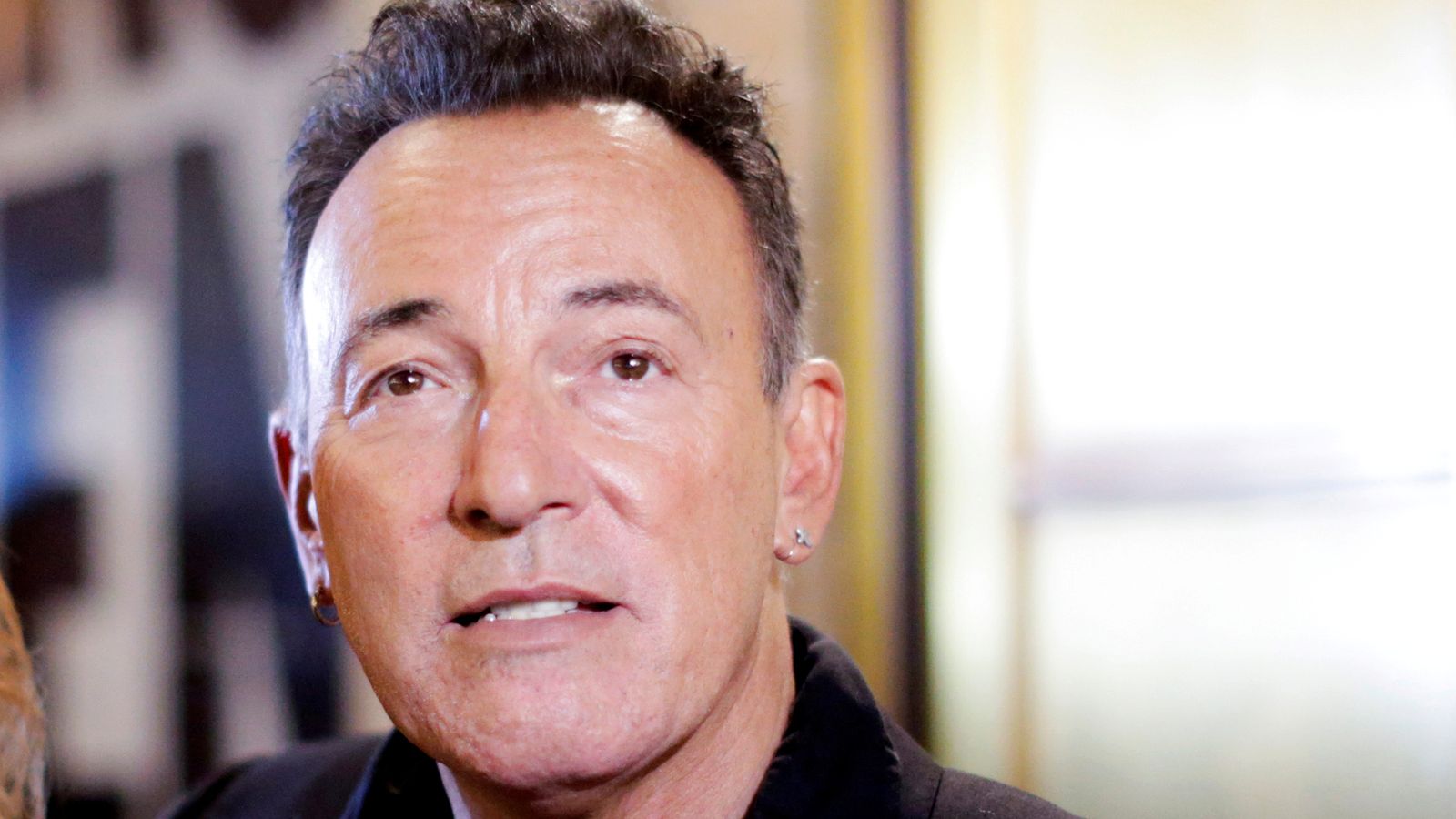 Bruce Springsteen is facing a drink-driving charge, it has emerged.

The rockstar was arrested on 14 November in a part of the Gateway National Recreation Area on the New Jersey coast, according to the US National Park Service.

He has been accused of driving while under the influence, reckless driving and consuming alcohol in an enclosed area.

Image: The musician’s Jeep advert has been pulled

After the news surfaced, a Jeep advert featuring the musician was pulled from YouTube as the car giant said “drinking and driving can never be condoned”.

“It would be inappropriate for us to comment on the details of a matter we have only read about and we cannot substantiate,” a representative for the car manufacturer said.

“But it’s also right that we pause our Big Game commercial until the actual facts can be established.”

It was the 71-year-old’s first-ever advert and had promoted a message of national unity during Sunday’s Super Bowl.

Jeep only learned of the arrest on Wednesday, PA news agency understands.

A spokesperson for the US National Park Service said Springsteen was co-operative when arrested.

He lives about 12 miles from the site of his arrest.

The Dancing in the Dark singer recently made a high-profile appearance at President Joe Biden’s inauguration, singing Land of Hope and Dreams in front of the Lincoln Memorial.