COVID-19: Disabled women up to 3.5 times more likely to die from coronavirus 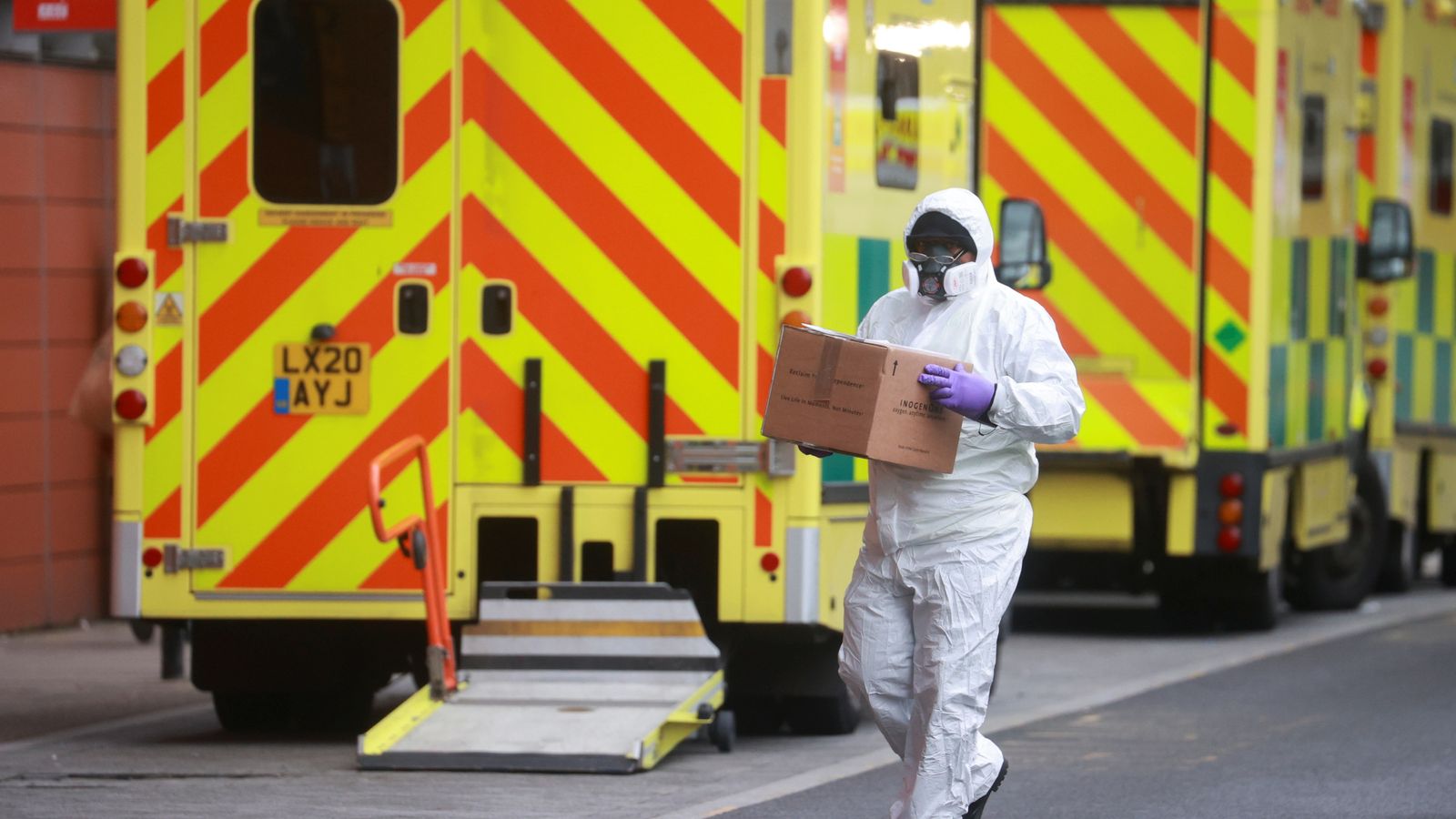 Disabled women are up to three-and-a-half times more likely to die from COVID-19, figures show, as numerous key statistics released today reveal the impact of the pandemic on the UK’s health system.

Between 24 January and 20 November last year, the risk of death was 3.5 times higher for disabled women whose day-to-day activities are limited a lot compared with non-disabled women, according to the Office for National Statistics (ONS).

The risk was two times higher for women whose daily activities are limited a little.

Disabled men were also at higher risk, although slightly less so than women.

Meanwhile, the number of people waiting more than 52 weeks to start hospital treatment in England is at its highest level since 2008, NHS England figures show.

A total of 4.52 million people were waiting to start treatment at the end of December last year, the highest number since records began in August 2007.

Some 345,664 patients were waiting more than six weeks for one of 15 standard tests, including an MRI, non-obstetric ultrasound or gastroscopy in December last year – up from 41,906 in the same month in 2019.

Tim Mitchell, vice president of the Royal College of Surgeons of England, said: “COVID-19 continues to take an enormous toll on hundreds of thousands of people across the country left waiting for an operation.

“Many are waiting ‘in limbo’, reliant on painkillers, and unable to get on with day-to-day family life or work.”

He added that by Christmas, some surgeons were having to call cancer patients waiting for operations to tell them they weren’t sure when they would have enough beds or staff to operate.

NHS England said cancer services have continued to recover after they were badly hit during the first wave of the pandemic.

A total of 25,199 people started treatment for the disease in December, 555 more than in the same month the previous year.

Urgent cancer referrals were also up 7% over the same period.

But the data also shows 2020 saw the lowest number of people starting cancer treatment in England for 10 years, reflecting the number of diagnoses that are likely to have been missed over the last year.

Responding to the data, Macmillan’s head of policy Sara Bainbridge said it had been a “devastating” year for cancer patients.

“Even in January, when hospitals admitted almost a third of all the COVID patients they have treated during the pandemic, they were treating twice as many patients with other conditions as they did for those with the virus over the month.”