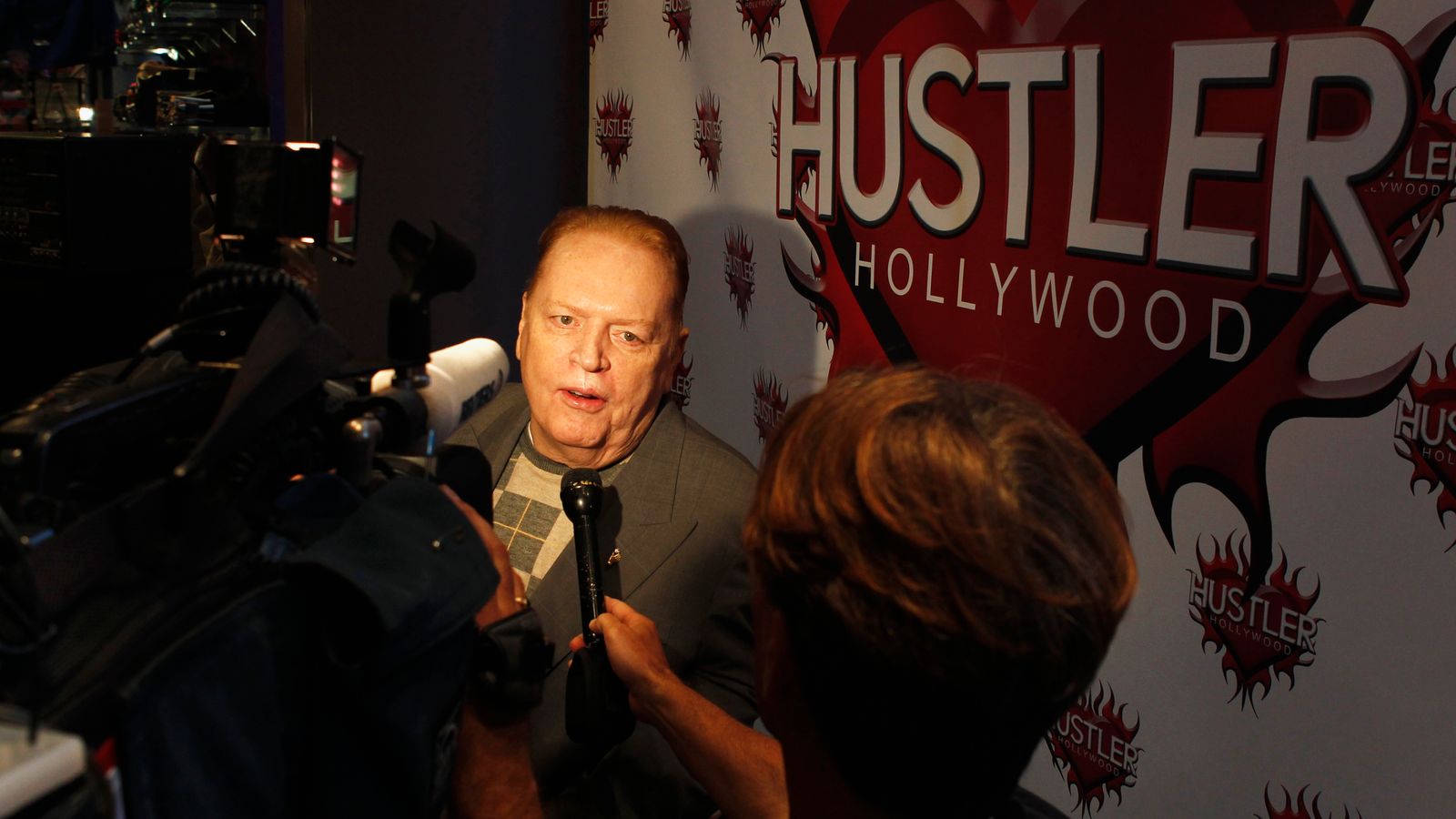 His brother told Associated Press that Flynt passed away from heart failure at his home in Los Angeles on Wednesday morning.

Flynt was one of the biggest names in pornography, founding Hustler magazine in 1974.

From there, he built a portfolio of clubs, publications, adult films and casinos – but attracted a number of lawsuits involving the right to free speech.

He became embroiled in several legal battles over the regulation of pornography in relation to the First Amendment, notably in 1974, when he criticised an obscenity exception to the amendment.

He was later prosecuted on obscenity and organised crime charges in 1976 by the head of an anti-pornography committee. He was given up to 25 years in prison – but only served six days with the sentence being overturned.

This became the subject of the 1996 film The People vs Larry Flynt, starring Woody Harrelson in the title role.

In the same year, Kathy Keeton, publisher of Penthouse magazine, filed a libel suit against Flynt over the publication of a cartoon in Hustler – a court battle he eventually lost.

He was reported to have shouted “f*** this court!” during proceedings, before calling the presiding Supreme Court justices “nothing but eight a******* and a token c***”.

In 1983, he was jailed for six months for desecration of the flag after turning up at a court hearing wearing an American flag as a nappy.

Image: Flynt (in wheelchair) poses with Courtney Love and Woody Harrelson (R) – the cast of the film about a court trial that saw him jailed for six days

Not only did Flynt enjoy winding up his critics, he was also a keen politician, and ran in the recall race for governor of California in 2003, where he placed 7th in a field of 135 candidates.

In 2016, he notably endorsed Hilary Clinton and a year later put up a $10 million reward for evidence that would lead to the impeachment of Donald Trump.

In 1978 Flynt was left paralysed after being shot outside a courthouse in Georgia by a gunman who claimed he was offended by an interracial photoshoot in one of his magazines.

It left Flynt in a wheelchair and in constant pain.

Despite his controversies, he was estimated to, at one point, have a turnover of more than $150 million a year.

He is survived by his fifth wife, Elizabeth Berrios, and four children.