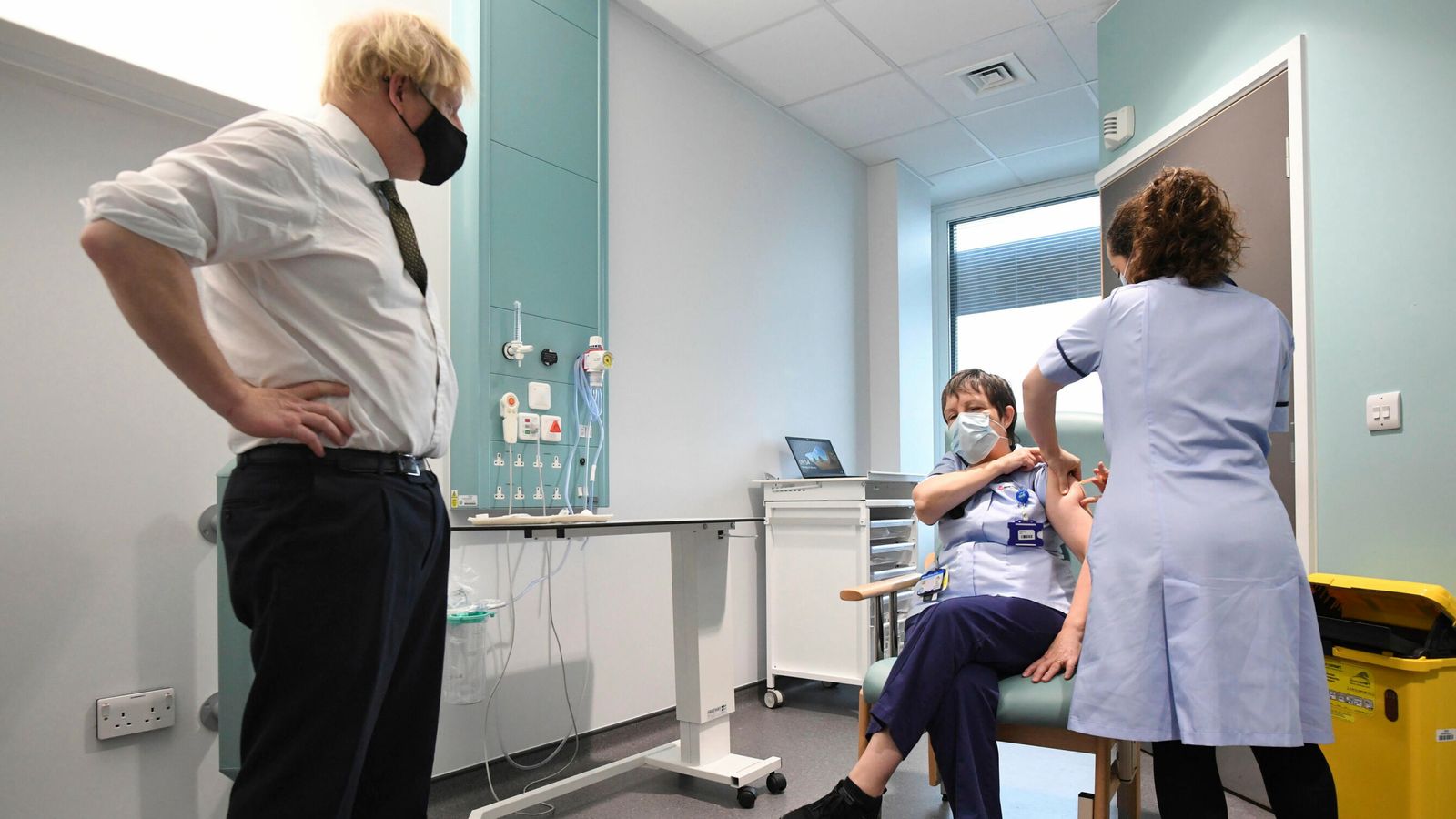 Boris Johnson is being accused of undermining the fight against COVID-19 by launching a re-organisation of the NHS in the middle of the pandemic.

The Health Secretary Matt Hancock is announcing an NHS shake-up in England that he claims is based on lessons learned from COVID and will slash red tape.

But the government has been accused of a power grab – by scrapping health quangos and regulators and taking direct control of NHS bodies – and using COVID as an excuse.

The shake-up, in a controversial white paper which will be followed by legislation, rips up the NHS reforms introduced by David Cameron’s Coalition government in 2012.

Those reforms, implemented by then Health Secretary Andrew Lansley, brought in the most wide-ranging reforms of the NHS since it was founded by Labour’s Aneurin Bevan in 1948.

Mr Hancock now plans to replace Public Health England with a new National Institute for Health Protection (NIHP) and claims the new system will be less bureaucratic, more accountable and more joined up.

Conservative MPs have suggested that the prime minister’s plan to take back overall control of health policy was triggered by frustration over the initial NHS response to COVID-19.

It has been claimed that when the first wave of coronavirus struck the UK last year, Mr Johnson and senior ministers would issue orders to the health quangos but be left waiting for results.

But the timing of the shake-up has been attacked by the British Medical Association, whose vice-chair, Dr David Wrigley, told Sky News: “I think it’s unfortunate that this comes at the time we’re in the middle of a pandemic.

“NHS staff across the country have worked so hard for the past year, intensive treatment units are still full, we’re still seeing dreadful statistics and the government decides to bring out yet another NHS reorganisation.

“I think some of my colleagues think it sort of beggars belief really, that this is happening at this time when the NHS is in turmoil. You know, we don’t need reorganisation we need a period of stability and investment.”

COVID Crisis: A timeline of events

The government says the coronavirus pandemic has also revealed inequalities in public health and the proposals in the white paper will tackle these through measures to address issues like obesity.

So as well as re-organisation, the proposed legislation will include new requirements about calorie labelling on food and drink packaging and the advertising of junk food before the 9pm watershed.

Ahead of a Commons statement, Mr Lansley said: “The NHS and local government have long been calling for better integration and less burdensome bureaucracy, and this virus has made clear the time for change is now.

“These changes will allow us to bottle the innovation and ingenuity of our brilliant staff during the pandemic, where progress was made despite the legal framework, rather than because of it.

“The proposals build on what the NHS has called for and will become the foundations for a health and care system which is more integrated, more innovative and responsive, and more ready to respond to the challenges of tomorrow, from health inequalities to our ageing population.”

Backing the proposed shake-up, NHS chief executive Sir Simon Stevens said: “Our legislative proposals go with the grain of what patients and staff across the health service all want to see – more joined-up care, less legal bureaucracy and a sharper focus on prevention, inequality and social care.

“This legislation builds on the past seven years of practical experience and experimentation across the health service and the flexible ‘can-do’ spirit NHS staff have shown in spades throughout the pandemic.”

How can the govt restructure the NHS better?

And speaking on Sky News’ COVID Crisis: Learning the Lessons, former Health Secretary Jeremy Hunt said: “I think we need to make this a big moment in NHS history. As a country we haven’t got everything right.

“We need to put in place a long-term plan to sort out workforce shortages. We’ve never been good an increasing training places. What NHS staff would like to know is that there was a proper plan in place so that over time we can start to deal with some gaps in the workforce.”

But Labour’s Shadow Health Secretary Jonathan Ashworth responded: “Boris Johnson must explain why a reorganisation in the midst of the biggest crisis the NHS has ever faced is his pressing priority.

“With 192,000 patients now waiting over a year for treatment, our cancer survival rates shamefully low by European standards and mental health services stretched to the limits, ministers need to outline how an NHS reorganisation at this point in time will deliver the standards of care patients deserve.”

And a former Tory Health Secretary, Stephen Dorrell, told Sky News: “Downing Street has been briefing heavily that ministers need more power to handle more day-to-day decisions in the health service. I don’t think that’s true, I think that’s wrong, I think they should be careful what they wish for, in that respect.”

Despite the white paper’s title, Integration and Innovation: working together to improve health and social care for all, there are no proposals in it on social care.

The government says it intends to bring forward separate proposals on social care reform later this year, a delay criticised by the Labour leader Sir Keir Starmer in a Sky News interview.

“The Health Service needs protection,” said Sir Keir. “Obviously the pandemic has hit it very, very hard and I think waiting lists and the staffing issues are vital to this.

“So we want to see reforms that actually go to those issues. I’m disappointed there’s almost nothing on social care in the proposals, we will look at the details, but to leave out social care I think is to fail again to address what’s been a very, very real problem in this pandemic.”

COVID-19: One of UK’s longest-suffering coronavirus patients ‘may need ventilator for rest of his life’