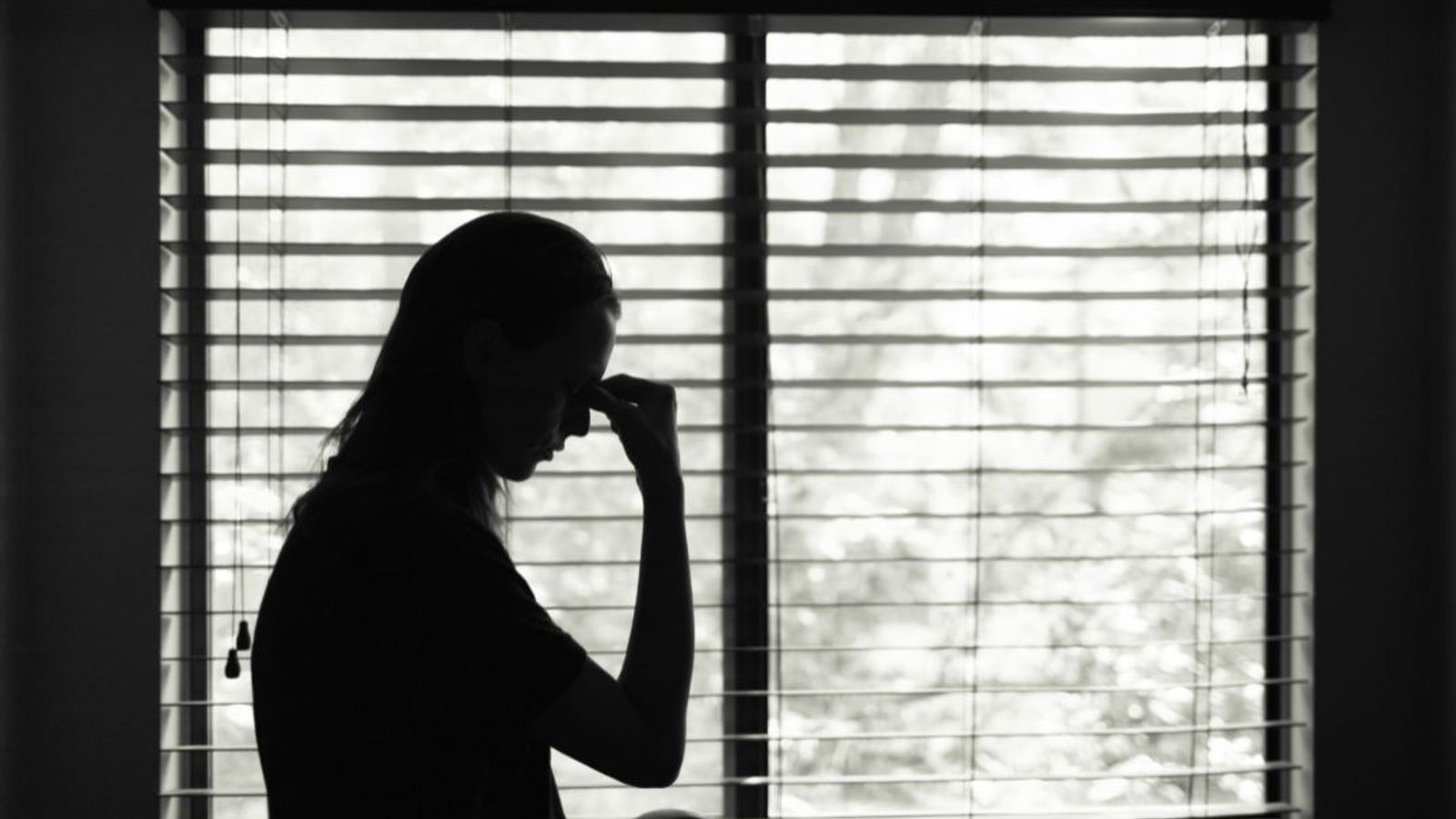 Campaigners have welcomed moves to make the threat of sharing naked, sexual or explicit pictures and videos of another person with consent a criminal offence.

Ministers are thought to broadly support plans to criminalise those who threaten to leak sex tapes or other explicit content of their partners.

During a debate in the House of Lords this week, it was said a change in the law “would protect millions of women and victims of domestic abuse”.

The moves follow a campaign by the charity Refuge and backed by the victims commissioner and the domestic abuse commissioner.

Image: The survey found one in 14 adults in England and Wales had experienced threats to share intimate images or videos

Currently, a person can be sentenced to a maximum of two years in prison if they are found guilty of committing image-based sexual abuse by sharing explicit pictures or video without the subject’s consent, with the intent to cause distress.

Baroness Morgan pressed the case for a law change during the debate, saying: “The police and everyone else need to know and be clear in their own minds that the making of threats is an offence and should be prosecuted, in the same way as the actual sharing of intimate images was made a crime by this government.”

She said creating the law, in an amendment to the Domestic Abuse Bill, “would protect millions of women and victims of domestic abuse sooner than some indefinite date in the future”.

Refuge spokesperson Lisa King said: “We have been working around the clock, over many months to bring this to the government’s attention.

“The success of The Naked Threat campaign has only been possible thanks to the survivors with whom we work, our dedicated tech abuse team, the many supportive politicians such as Baroness Nicky Morgan, Caroline Nokes, and Lord Ken Macdonald and supporters such as Olivia Colman and Zara McDermott.

“This commitment shows that the government is willing to listen to their needs and experiences and put them front and centre of their efforts to tackle domestic abuse.”

Domestic Abuse Commissioner for England and Wales, Nicole Jacobs, says threatening to share intimate images without consent “has a devastating impact, leaving victims and survivors feeling like there is no escape”.

She said: “There is a significant gap in the law that allows abusers to threaten to share intimate images as a way of controlling and frightening survivors both during relationships and following separation.

“I urge the government to seize the opportunity presented by the Domestic Abuse Bill to make the threats to share intimate images a criminal offence.”

Image: Professor Clare McGlynn says a change in the law was “long overdue”

“The wider ramifications are not just in the domestic abuse context, but in a wider range of relationships as well,” she said.

She explained that through her research she has found some victims “do start to feel suicidal” and that threats to share explicit images are like a “weight that hangs on people”.

Professor McGlynn added: “It’s a very important change in the law, it is long overdue and it is great to see change is finally coming.

“Once you have adopted a criminal law the next step is enforcement, we definitely need to see more action taken by the police when they receive reports.”

A survey commissioned by Refuge previously found one in 14 adults in England and Wales had experienced threats to share intimate images or videos.

The poll suggested threats to share intimate images are most prevalent among people aged 18-34, with one in seven young women experiencing such threats.

The matter is due back before MPs in the coming weeks.

:: Victims suffering abuse should call 999 and press 55. If you can’t press 55 remain silent and it will automatically connect to the police. For those seeking support there is also a 24-hour domestic abuse helpline number – 0808 2000247.