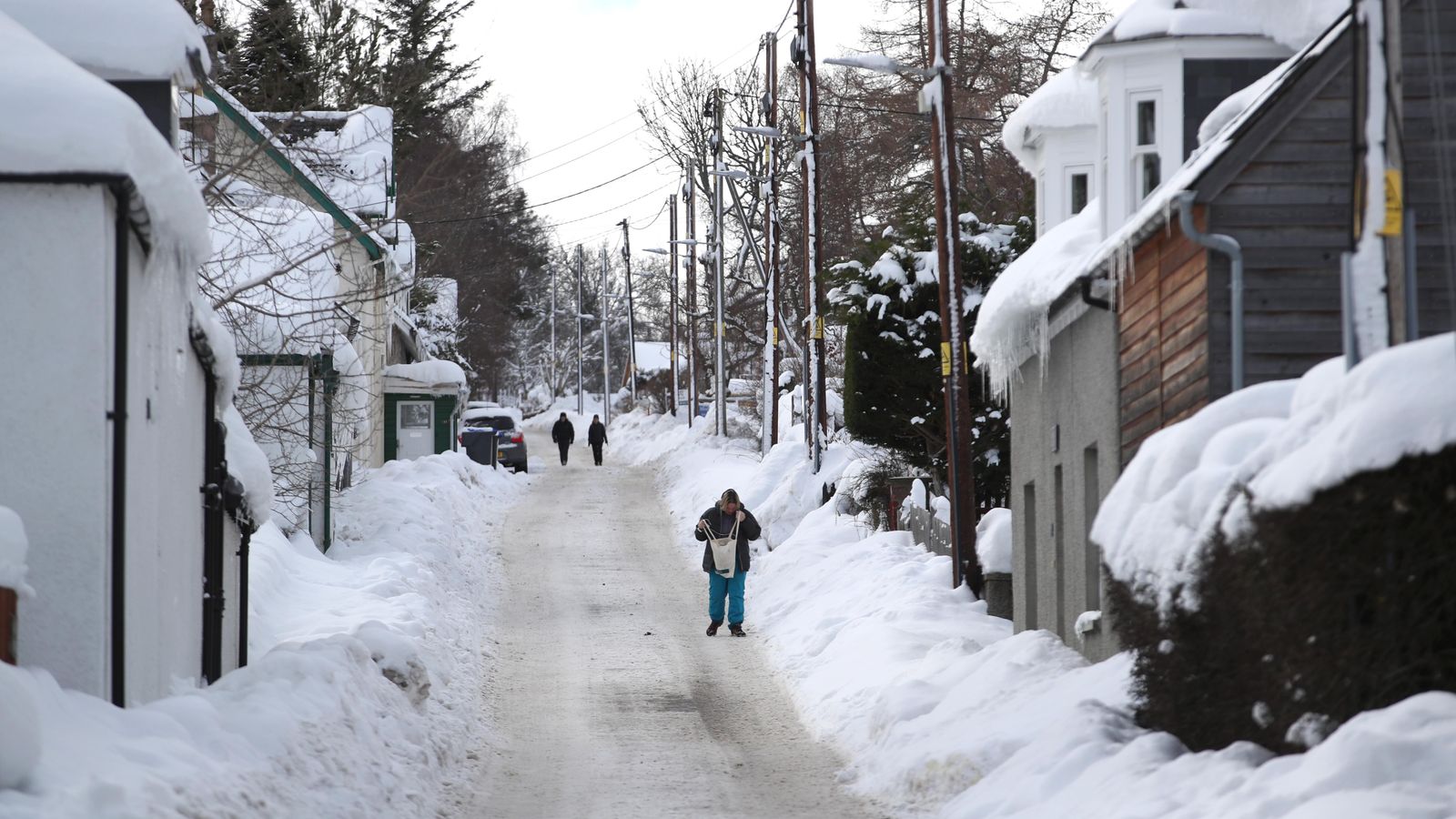 The UK has recorded what is thought to be its lowest temperature in more than 25 years, after the mercury plummeted to nearly -23C in northern Scotland.

The Met Office recorded a low of -22.9C in Braemar in the Scottish Highlands overnight.

Forecasters believe it was the coldest night since temperatures dipped to 27.2C on 30 December 1995.

Earlier on Thursday, the Met Office had recorded a low of -20.5C at Kinbrace and -21.4C in Braemar in the Scottish highlands overnight – those were the lowest temperature recorded in the UK since 23 December 2010, when the thermometers plunged to -22.3C.

The record-breaking temperatures come after a freezing night for much of the UK, with temperatures seeming reluctant to climb in the aftermath of Storm Darcy.

However, following what the Met Office calls an “extreme freeze”, large parts of the UK will face scattered snow showers and some sunshine, and could become “quite pleasant outside with the sunshine, although still bitterly cold” in western areas.

Across the South, East and North East of the UK, a yellow snow and ice weather warning remains in place for Thursday, meaning disruption on the roads and railways is likely, and that people could become injured on icy patches.

There are also yellow warnings in place for Friday across the South West, the south of Wales and the North East.

As well as the freezing temperatures, there are nine flood warnings in place in England, as well as 88 flood alerts, suggesting that widespread flooding could be possible.

Local councils across England have warned residents to take “extra care” over the coming days while the cold snap continues.

Things do not look to be improving by Friday either, with the Met Office warning conditions will turn “quite hazardous”, as an “area of cloud and rain”, along with extremely cold air, brings further risks of snow or “perhaps even of freezing rain”.

COVID-19: ‘We’re doing everything we can’ to allow summer holidays this year, says Hancock