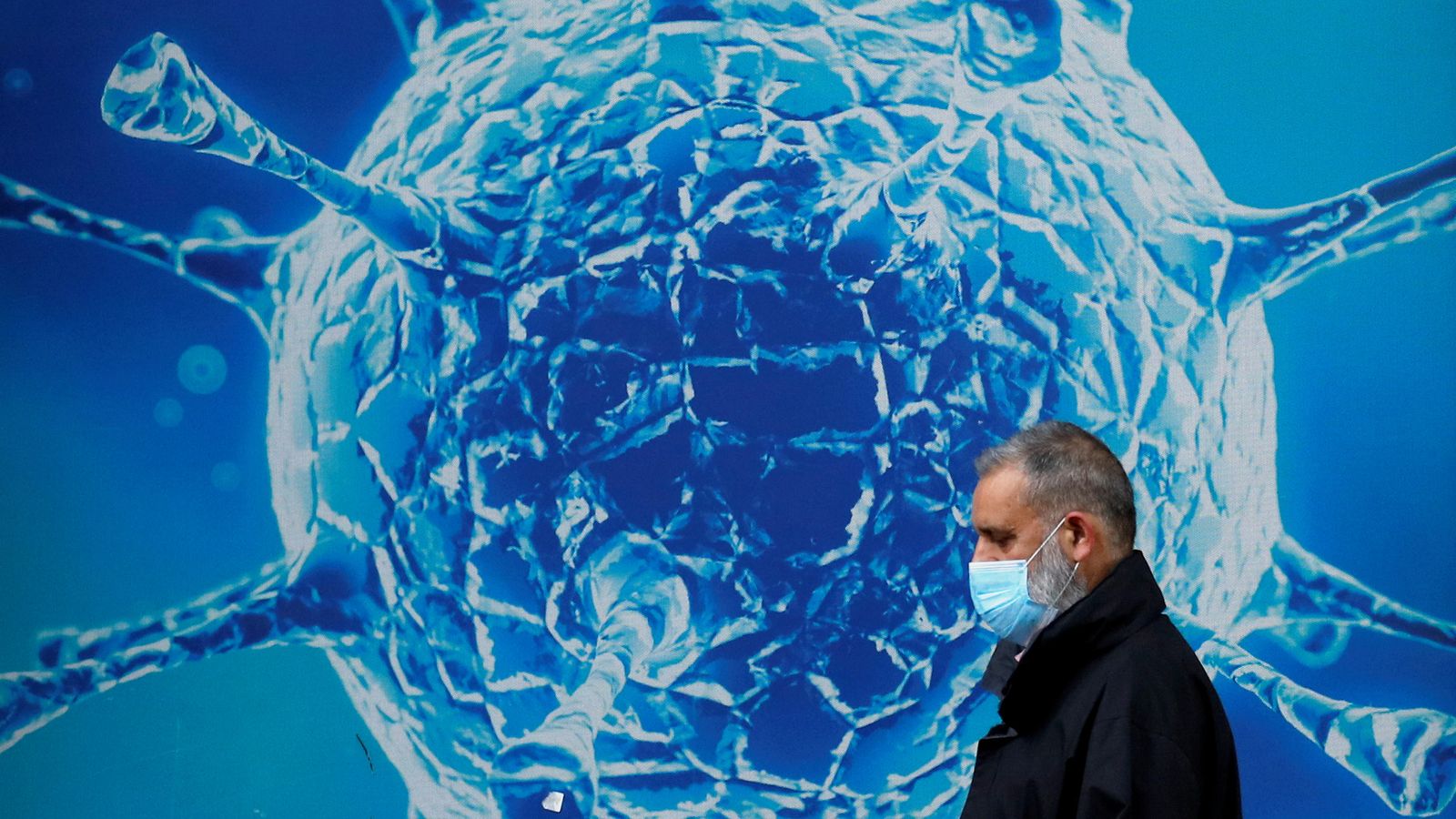 Around one in 80 people in private households in England had COVID-19 between 31 January and 6 February, according to estimates from the Office for National Statistics (ONS) – the equivalent of 695,400 people.

This is down from around one in 65 people for the period 24 January to 30.

Infections were also down in Wales where around 1 in 85 people (35,300) had the virus, and Scotland too, with 1 in 150 there testing positive during the same period, the equivalent of 35,400 people.

The percentage of people testing positive for COVID also decreased in Northern Ireland, where around 1 in 75 had the virus – equating to 24,400 people.

London continues to have the highest proportion of people testing positive for coronavirus in England, with around one in 60 estimated to have had the virus. Though this is down from one in 45, previously.

One in 70 had coronavirus in eastern England, the East Midlands, northwest England and the West Midlands.

The other estimates are one in 95 for Yorkshire and the Humber; one in 100 for northeast England and southwest England; and one in 105 for southeast England.

The figures from the ONS COVID-19 Infection Survey do not include people in care homes, hospitals or other institutions.

The study comes with the UK set to begin the next phase of its vaccination programme.

The over-65s will begin receiving letters inviting them to get COVID vaccines from early next week, Sky News understands.

So far, more than 13.5 million people in the UK have received a first dose of a COVID vaccine, with nearly 525,000 having also had a second dose.

Vaccines: When will we see an effect?

Home Office minister Victoria Atkins told Sky News on Friday that the government was “absolutely confident” of meeting its target of offering jabs to the 15 million people in the four most vulnerable groups by Monday 15 February.

Downing Street has said the plan to ease the lockdown in England will be set out on 22 February.

However, a Number 10 spokesman on Friday did not rule out that one option being considered is social distancing being maintained until the autumn.