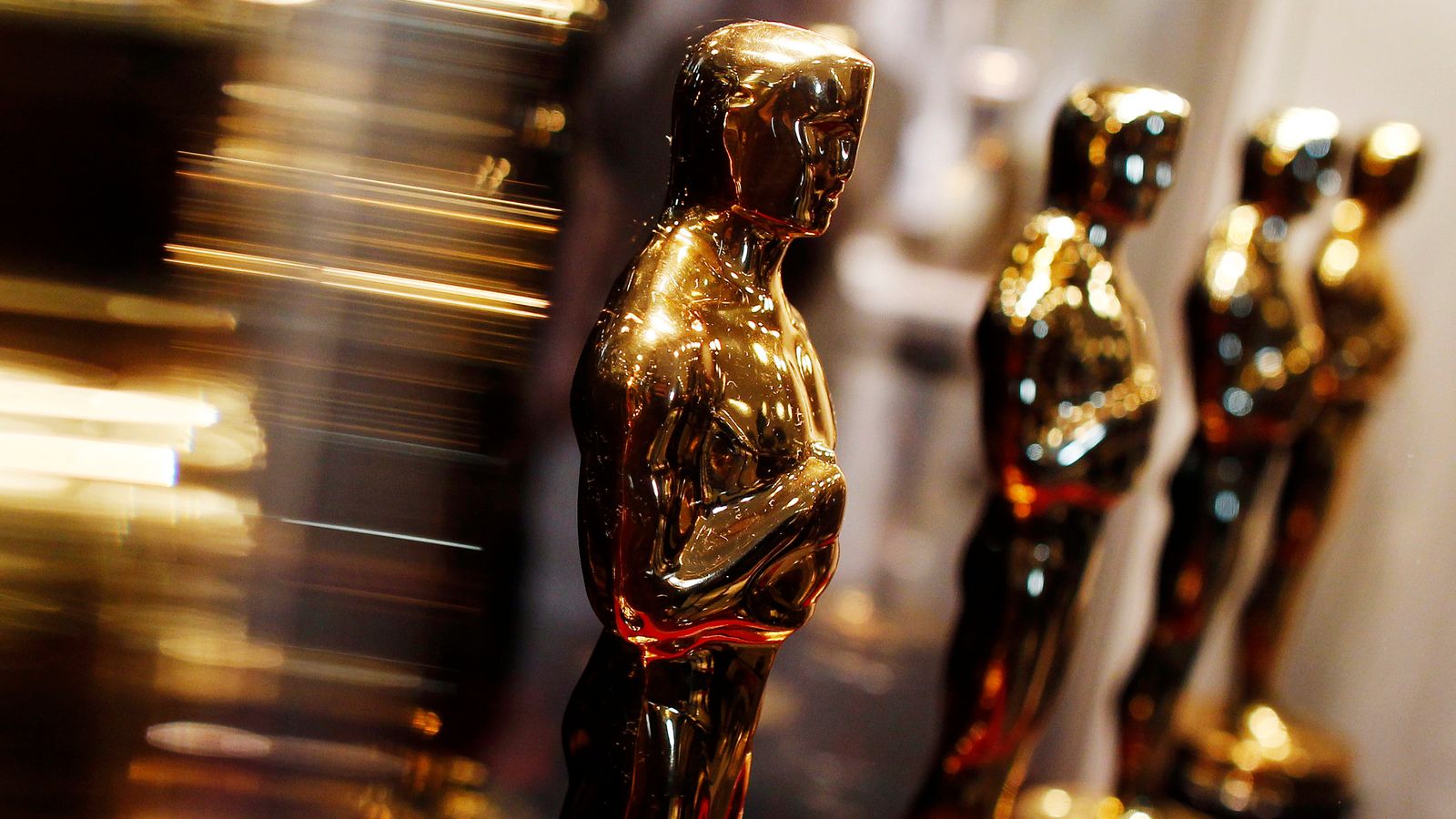 This year’s Oscars will take place – at least partly – in physical form and will be broadcast from “multiple locations”, the Academy says.

The biggest ceremony in showbusiness has been held in Hollywood’s Dolby Theatre for the last 20 years, but due to COVID-19 there will now be changes to its normal production plans.

The Academy of Motion Picture Arts and Sciences is yet to reveal where the other locations might be, or whether there will be a host this year (the last two-years have been hostless).

It said in a statement: “In this unique year that has asked so much of so many, the Academy is determined to present an Oscars like none other, while prioritising the public health and safety of all those who will participate.

“To create the in-person show our global audience wants to see, while adapting to the requirements of the pandemic, the ceremony will broadcast live from multiple locations, including the landmark Dolby Theatre. We look forward to sharing more details soon.”

The Academy revealed the shortlists for nine of its so-called below-the-line categories – less high-profile ones – earlier this week, including nods for movies Soul, Mank and Da 5 Bloods.

While the great and good of the acting world – along with their management teams and journalists from around the world – usually descend on Los Angeles for the weeks around the event, this year will clearly be a very different prospect.

Debate over the length and relevance of the ceremony, along with disappointing viewing figures (last year’s ceremony attracted a US audience of just 23.6 million which is an all-time low), have also been rumbling for quite some time.

The ceremony – which is normally held at the end of February – had already been moved to the end of April due to the virus, and many feared it could be forced to take place in a purely virtual capacity.

Los Angeles – the world’s entertainment capital – has been particularly badly hit by coronavirus and has recently seen a surge in cases.

The Golden Globes, which often help form a strong prediction list for forthcoming Oscar frontrunners, announced their shortlist earlier this month, and will take place on 28 February.

That ceremony too will happen across multiple locations and will be hosted bi-coastally by Amy Poehler from The Beverly Hills Hotel in Los Angeles and Tina Fey from Rainbow Room in New York.