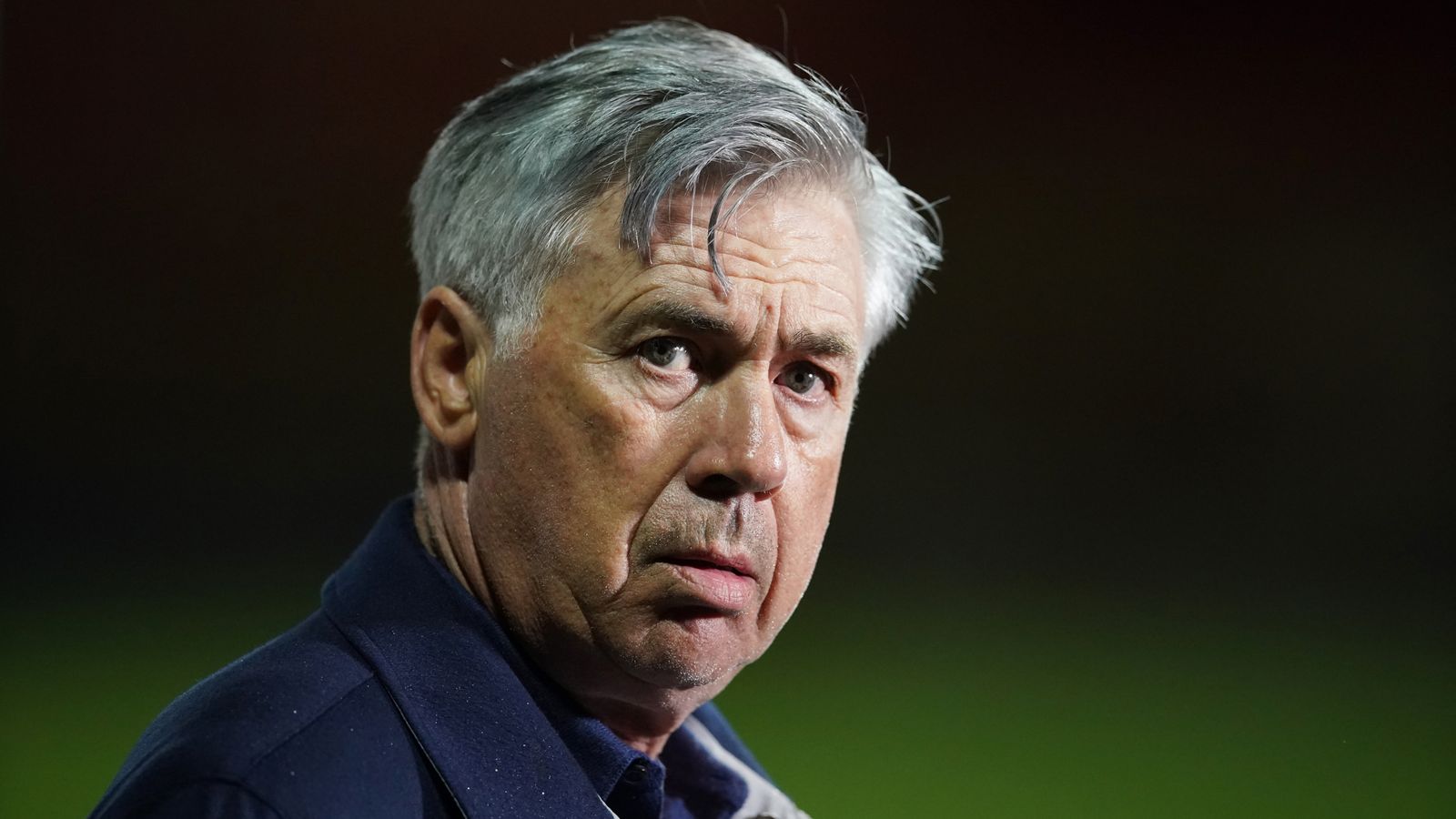 Masked burglars have stolen a safe from the Merseyside home of Everton manager Carlo Ancelotti, according to reports.

According to the Liverpool Echo, Ancelotti’s daughter was home alone at the time of the burglary and disturbed the two men during their raid.

Merseyside Police did not mention the football manager in their statement, but confirmed two men wearing black waterproof clothing and balaclavas entered a property in Crosby at about 6.30pm on Friday night.

The force added: “Officers attended and enquiries into the incident are ongoing. The property will be forensically examined and CCTV opportunities are being explored.”

Detectives added that “the occupants of the house were unharmed”.

Ancelotti, 61, is originally from Italy and joined the Premier League club in 2019. He previously managed Real Madrid and Chelsea.

Image: Fabinho was celebrating his team’s Premier League win when his home was burgled

High-profile figures in football are often targeted by criminals, amid warnings that gangs see the multimillionaires as easy pickings.

A string of players have had valuables worth hundreds of thousands of pounds stolen in recent years, as criminals scour their social media and fixtures lists to find opportune moments to strike.

Last summer, the home of Liverpool midfielder Fabinho was burgled as he celebrated the team’s Premier League win.

Jewellery and a grey Audi RS6 were stolen, and the car was later recovered in Wigan.

Image: Dele Alli was struck in the face when his north London home was targeted last year

In May last year, Dele Alli was held at knifepoint by robbers who stole items of jewellery, including watches, before fleeing.

The Spurs star had been self-isolating with his brother, their partners and a friend at the time. He later tweeted: “Horrible experience but we’re all okay now. Appreciate the support.”

COVID-19: Eligible Britons urged to come forward for vaccine as govt closes in on 15 million target

COVID-19: Oxford vaccine to be tested on children as young as six in world-first trial