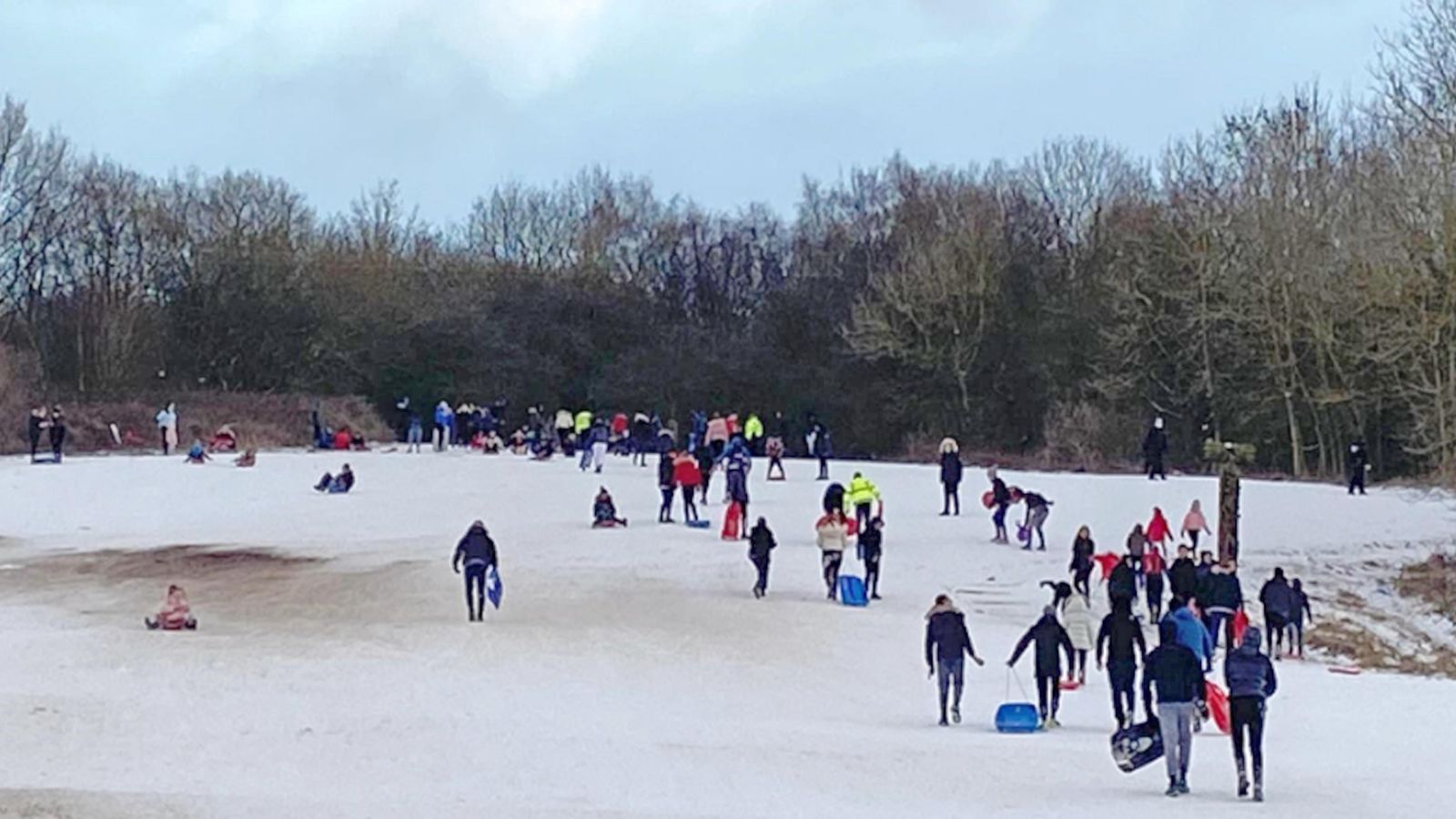 The public has been warned of the COVID-19 risks posed by large crowds after hundreds of people gathered to go sledging or drink in parks this week.

Officers responded to busy scenes in Middlesbrough and Newcastle, while police in Leicester also cracked down on a “pop-up pub”.

In a Facebook post on Thursday, the force said: “People are allowed to exercise in the local area, but we would ask that they have due consideration when there are large numbers of people in the same location, and the risks this could pose.

Image: Leicestershire Police fined seven men after a raid on a ‘pop-up pub’

“We have been in a worldwide pandemic for almost a year now, and we all know that we have a part to play in keeping people safe and stopping the spread of the virus.

“The sheer volume of people in the park yesterday could have put people at risk.”

A force spokesman said officers had attended the park throughout the day after reports of “large crowds” the previous night.

One witness told the website there was “a good 300” people present and “no social distancing”.

No fines were issued and no arrests were made, the force said.

Leicestershire Police fined seven men after officers discovered a “pop-up pub”, complete with a bar, large screen television and a pool table, inside premises on Morris Road, Leicester on Wednesday.

Under lockdown rules in England, people are only allowed to leave home if they have a “reasonable excuse” to do so, such as shopping for essentials or permitted childcare.

People should limit outdoor exercise to once per day, which can be taken alone, with their household, or one person they do not live with.

Leaving home for recreational or leisure purposes, such as for a picnic or a social meeting, is not allowed.