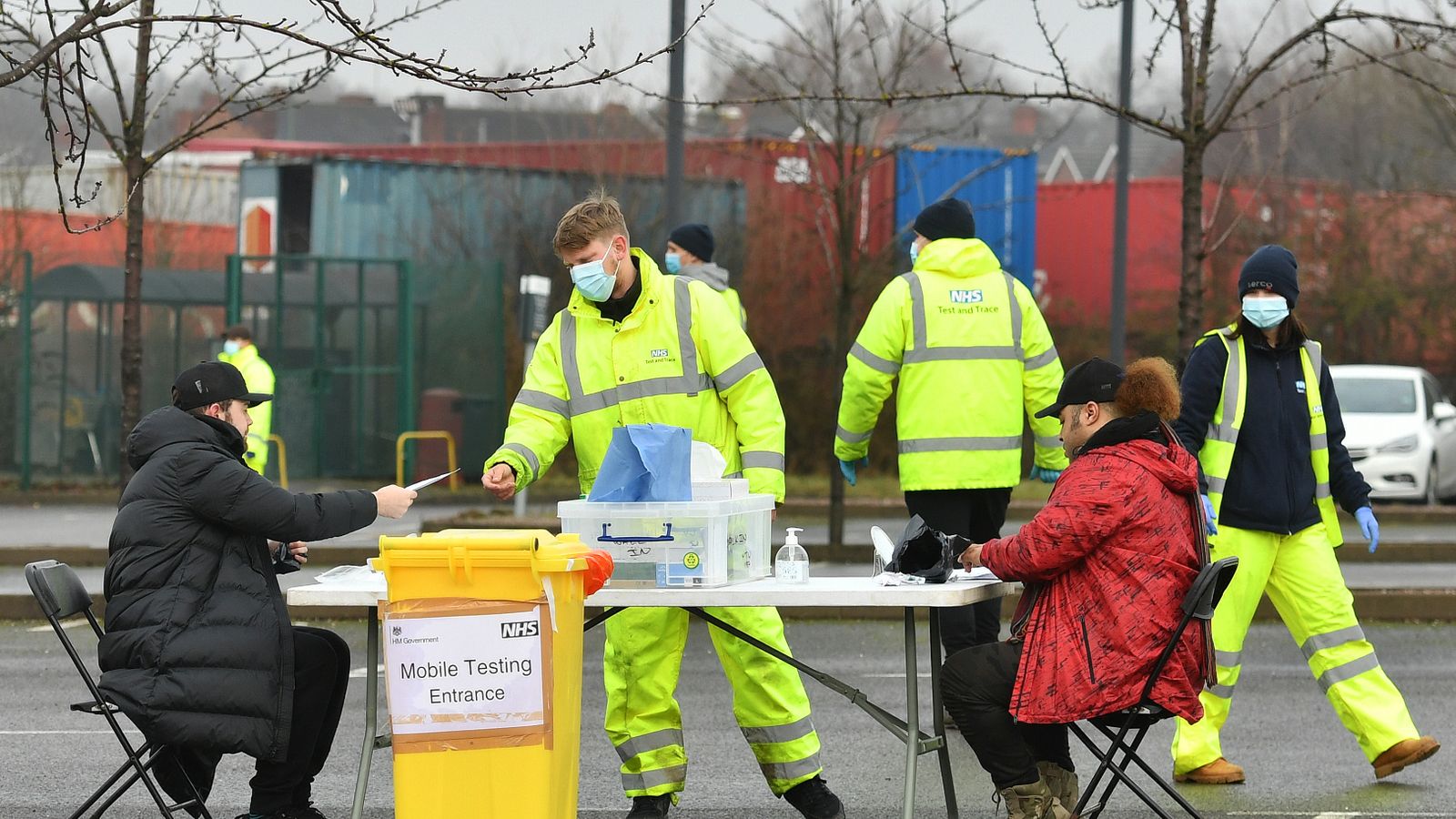 Surge testing is being introduced in more areas of England after a few more cases of the coronavirus variant first discovered in South Africa were detected.

The testing will be deployed in:

People in these areas are strongly encouraged to take a COVID test this week, whether or not they have symptoms.

The South Africa variant is believed to be more resistant to vaccines, but experts are still hopeful they will provide protection against serious illness.

LIVE – Latest coronavirus updates from the UK and around the world

Public Health England says 202 confirmed or probable cases of the variant have been found so far, with surge testing deployed in those areas to root out any more infections.

Middlesbrough Council said a test centre was now in place at the Parkway Centre in Coulby Newham.

Anybody over 16 from the Marton and Coulby Newham areas – where the single case of the variant was detected – is being urged to get a test. No appointment is needed.

The city’s mayor, Andy Preston, said: “New variants are popping up in different towns and cities around the country.

“What’s really important now is that we establish whether the variant has spread further around Middlesbrough.”

The surge testing in Walsall comes after a second case of the South Africa variant was found and not linked to travel.

Testing in relation to the first case began at the start of the month and has been completed.

Any positive cases will be sequenced for genomic data to help understand the variants and how they spread.

Sophy Ridge looks back at the pandemic

Localised surge testing has also been rolled out recently in areas of London, Manchester, Kent and Surrey.

He said it was unlikely to become the dominant variant as it did not appear to have an advantage over the Kent variant, which spreads more easily and is by far the most widespread in the UK.

A small study found the AstraZeneca vaccine was less effective at stopping mild and moderate disease in the South Africa variant, but Professor Van-Tam said it was “still rather likely to have an effect on severe disease”.

Oxford University and AstraZeneca have already started adapting the vaccine and say an updated version will be ready for autumn if needed.

Ministers have said regular boosters could become the norm to protect against new variants.

Cumbria: Couple arrested on suspicion of murder after death of baby they were adopting