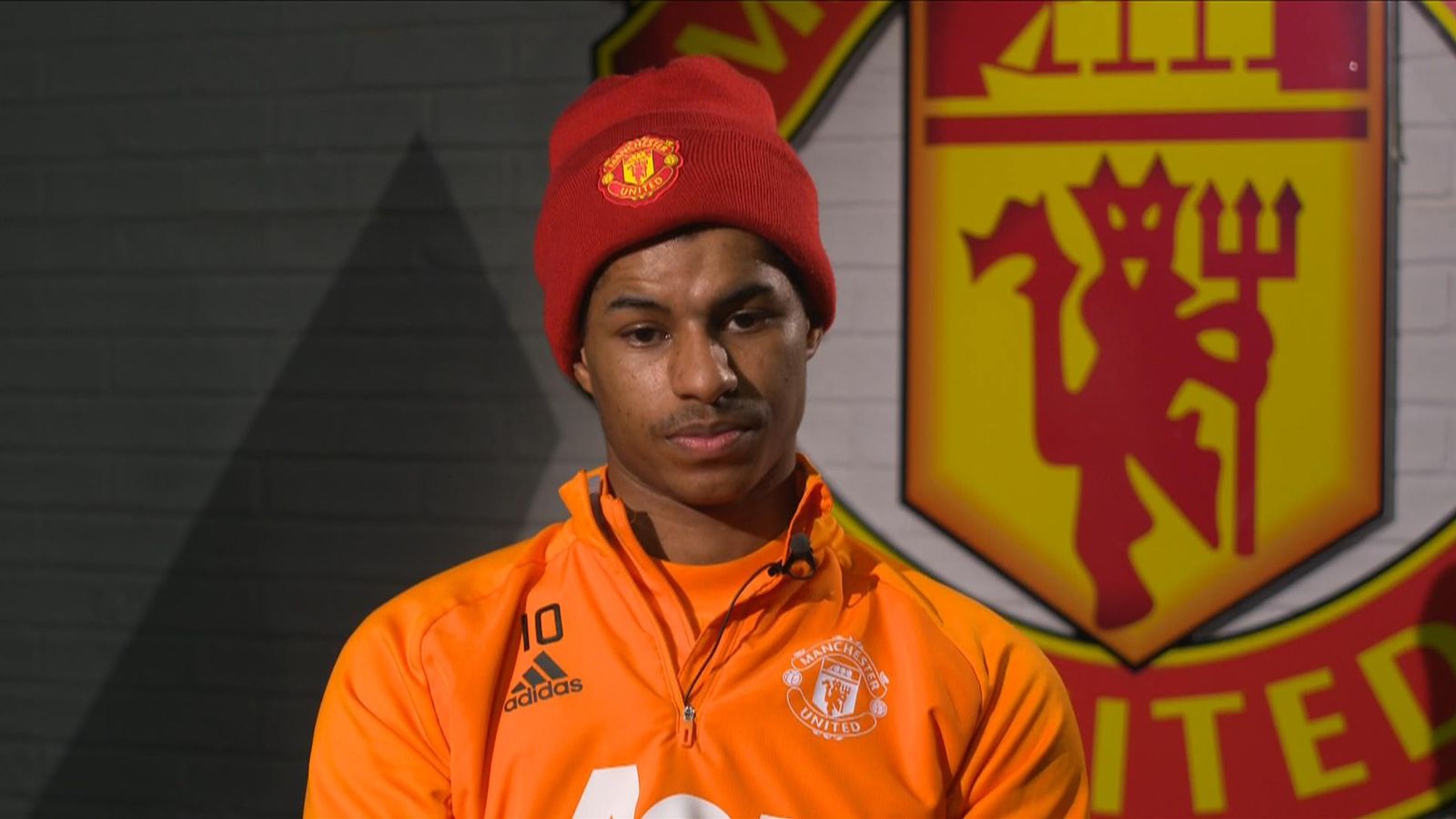 The England forward was subjected to online racism following United’s 0-0 draw at Arsenal a fortnight ago, comments he described as “humanity and social media at its worst”.

And that came amid widespread racist abuse for several high-profile players in both the men’s and women’s game.

Chair of Kick It Out Sanjay Bhandari responds to Marcus Rashford becoming the latest player to be targeted by online racist abuse.

Facebook-owned Instagram announced new measures, including the removal of accounts to prevent abusive messages on its platform, while Twitter vowed to work closely with the football community to tackle the problem.

But many have criticised the firms over the length of time it takes them to act when racist abuse is posted and Rashford suggested deleting accounts should be a more straightforward process.

“Online abuse – it should be easy to stop, just deactivate the accounts,” he told Sky Sports News.

“That’s on the social media companies themselves. If they see anyone being abusive in any way, their account should be deleted immediately, that’s how you’d deal with it.

Image: Rashford raises his fist as he kneels in support of the Black Lives Matter campaign

“I feel like it doesn’t affect me as much as other people because I’m not actively on social media so half the stuff that goes on there, what people are saying about me and other people, I’m not really on top of and I don’t see it.

“But it’s a place people should enjoy. Ten or 15 years ago it wasn’t there and we’re lucky to have it, to be able to connect with people all over the world and from different cultures and religions.

“For it to be used in a negative light is stupid and hopefully they can sort out that issue and it can be a place of good.”

“Axel is a tough lad. It’s not nice to hear those things but he’s bounced back. He’s always happy and smiling and works hard.”

“When we find content that breaks our rules we remove it, and we deactivate accounts who continue to break our rules.

“This week we announced tougher action on people breaking our rules in Instagram DMs and we will also deactivate accounts created to get around these restrictions.”