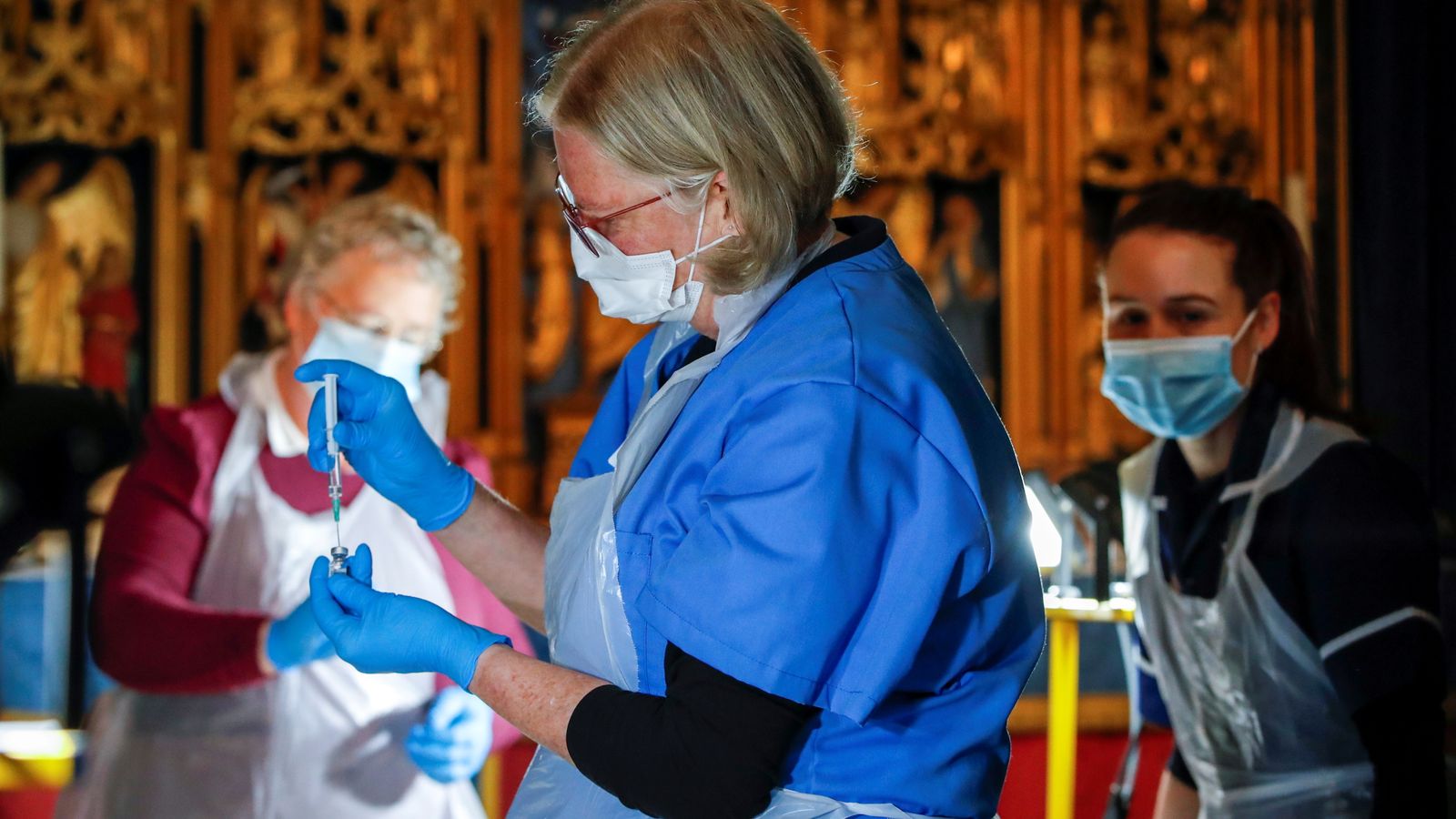 More than 15 million people in the UK have received a first dose of a coronavirus vaccine, the prime minister has said.

Boris Johnson released a video in which he called it an “extraordinary feat” and a “significant milestone”.

He said it has been a “truly national UK-wide effort”, adding: “We’ve done it together. And I want to thank each and every person who has helped make it happen.”

Mr Johnson went on: “In England, I can tell you we have now offered jabs to everyone in the first four priority groups, the people most likely to be severely ill from coronavirus, hitting the first target we set ourselves.”

Latest government figures showed a total of 15,062,189 people have received a first dose of a vaccine, and 537,715 people have had two doses.

While the 15 million figure was a key indicator of the vaccination target Mr Johnson set on 4 January, it is not yet known whether the aim to offer a first jab to everyone in all UK nations from the four most vulnerable groups has been met – despite Wales’s First Minister Mark Drakeford saying the target had been met there on Friday.

The first four target groups are:

• Care home residents and their carers

Mr Johnson said the vaccines had been “delivered by the most extraordinary army of vaccinators who have jabbed like there’s no tomorrow”.

Vaccines minister Nadhim Zahawi tweeted that the government would “not rest” until the vaccine was offered to all over-50s by the end of April, and then all adults.

The target has been reached in under 10 weeks and one in every four adults was “starting to receive protection from this dreadful disease”, said Health Secretary Matt Hancock.

He added: “The NHS vaccination programme is the biggest and fastest in Europe, and in the health service’s history, and that is down to the skill, care, and downright hard work of our fantastic staff, supported by local communities, volunteers and the armed forces.

“On behalf of the whole country it’s right to mark this successful first phase with a huge thank you to everyone involved in this extraordinary team effort.”

Ministers have been praised for the speed of its vaccine rollout, way ahead of European neighbours.

More than half a million people each day had the jab on Thursday, Friday and Saturday, with the seven-day average for the first shot running at over 435,000.

Margaret Keenan, 90, was in the media spotlight on 8 December when she became the first person in the world to get the Pfizer vaccine outside of a clinical trial.

Image: Margaret Keenan made world headlines when she got the jab at the start of December

The AstraZeneca-Oxford vaccine was also approved on 30 December, helping to dramatically boost the number of shots available.

Last month the programme expanded rapidly to include larger vaccination centres, smaller GP-run centres, as well as some pharmacies and hospitals.

Mosques, museums, rugby grounds and cathedrals are now also among more than 1,500 sites across the country.

From Monday, vaccinations will start on over-65s and more clinically vulnerable people.

Almost 1.2 million letters were due to arrive on Saturday asking people to register for their jabs as part of the next phase of the programme.

People who receive a letter will be able to choose where they receive their vaccine from more than 100 large-scale vaccination centres or almost 200 pharmacy services.