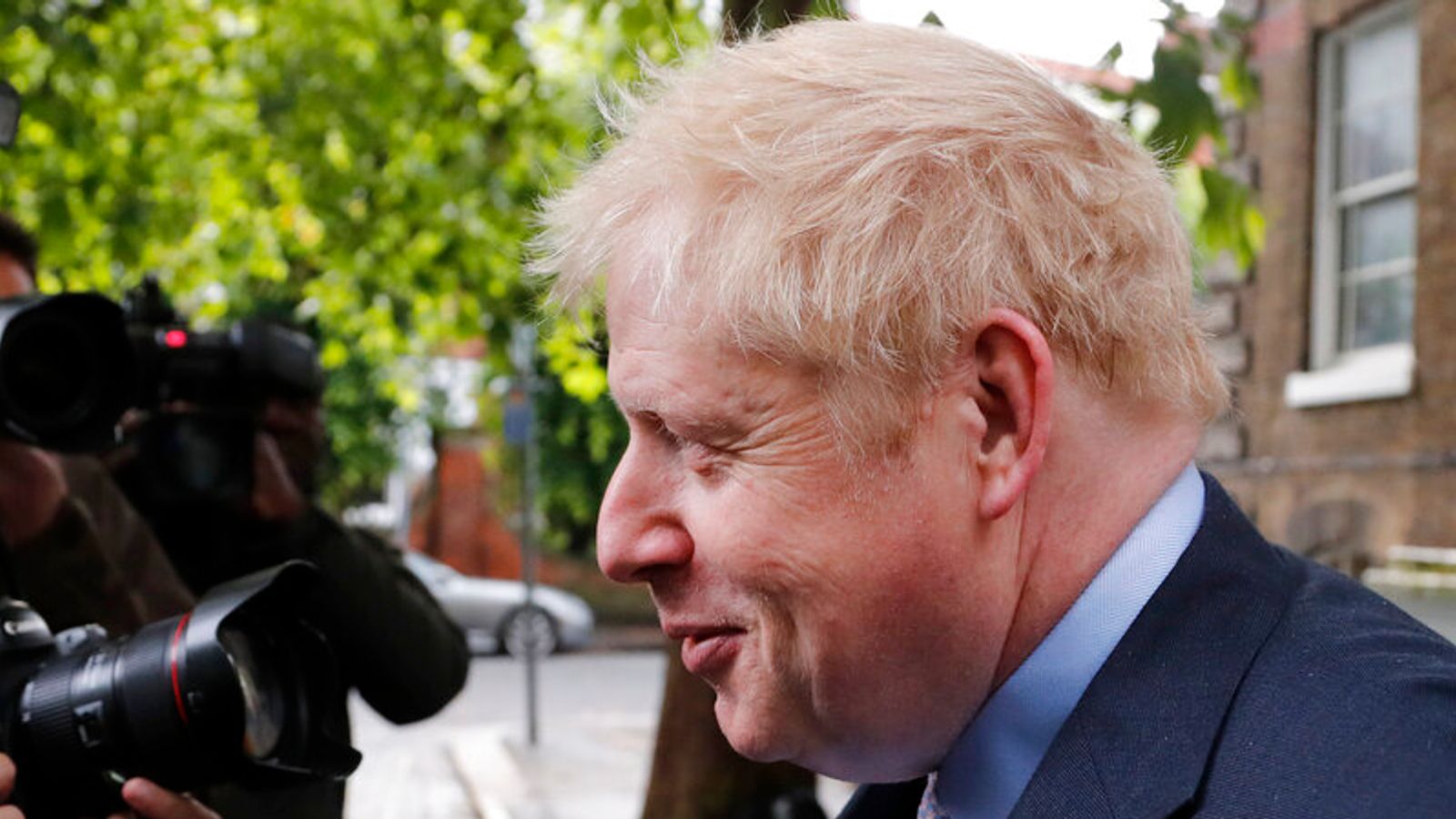 Boris Johnson is to urge world leaders to unite and work together to defeat the “common foe” of the COVID-19 pandemic.

The prime minister will host his first meeting of the G7, a virtual one, with the UK occupying the organisation’s rotating presidency this year ahead of a major summit scheduled to be held in Cornwall in the summer.

He will call for an end to the “nationalist and divisive politics” which typified the early response to the pandemic, as he chairs the virtual gathering on Friday.

Image: The UK will host a G7 summit in Cornwall this summer. Pic: AP

“As the most prominent grouping of democratic countries, the G7 has long been the catalyst for decisive international action to tackle the greatest challenges we face,” Mr Johnson previously said of the group.

“From cancelling developing world debt to our universal condemnation of Russia’s annexation of Crimea, the world has looked to the G7 to apply our shared values and diplomatic might to create a more open and prosperous planet.”

According to Downing Street, the prime minister will stress how the value of international cooperation can be demonstrated in the rollout of vaccines.

The World Health Organisation has warned that a “me first” policy towards vaccines by rich nations could leave the poorest and most vulnerable at risk, while also allowing a situation in which the virus could continue to spread and mutate.

The online meeting will be the first featuring US President Joe Biden, and will mark the new American president’s first major multilateral engagement – something he pledged his administration would approach with greater vigour than his predecessor’s.

The Press Association reported that those involved with the G7 were relieved “at the prospect of dealing with a president committed to upholding the international order after the turbulent years of Donald Trump”.

Speaking ahead of the online meeting, Mr Johnson said: “The solutions to the challenges we face – from the colossal mission to get vaccines to every single country, to the fight to reverse the damage done to our ecosystems and lead a sustainable recovery from coronavirus – lie in the discussions we have with our friends and partners around the world.

“Quantum leaps in science have given us the vaccines we need to end this pandemic for good. Now world governments have a responsibility to work together to put those vaccines to the best possible use.

“I hope 2021 will be remembered as the year humanity worked together like never before to defeat a common foe.”