COVID-19: The East Sussex village stepping in to help drive up vaccination numbers 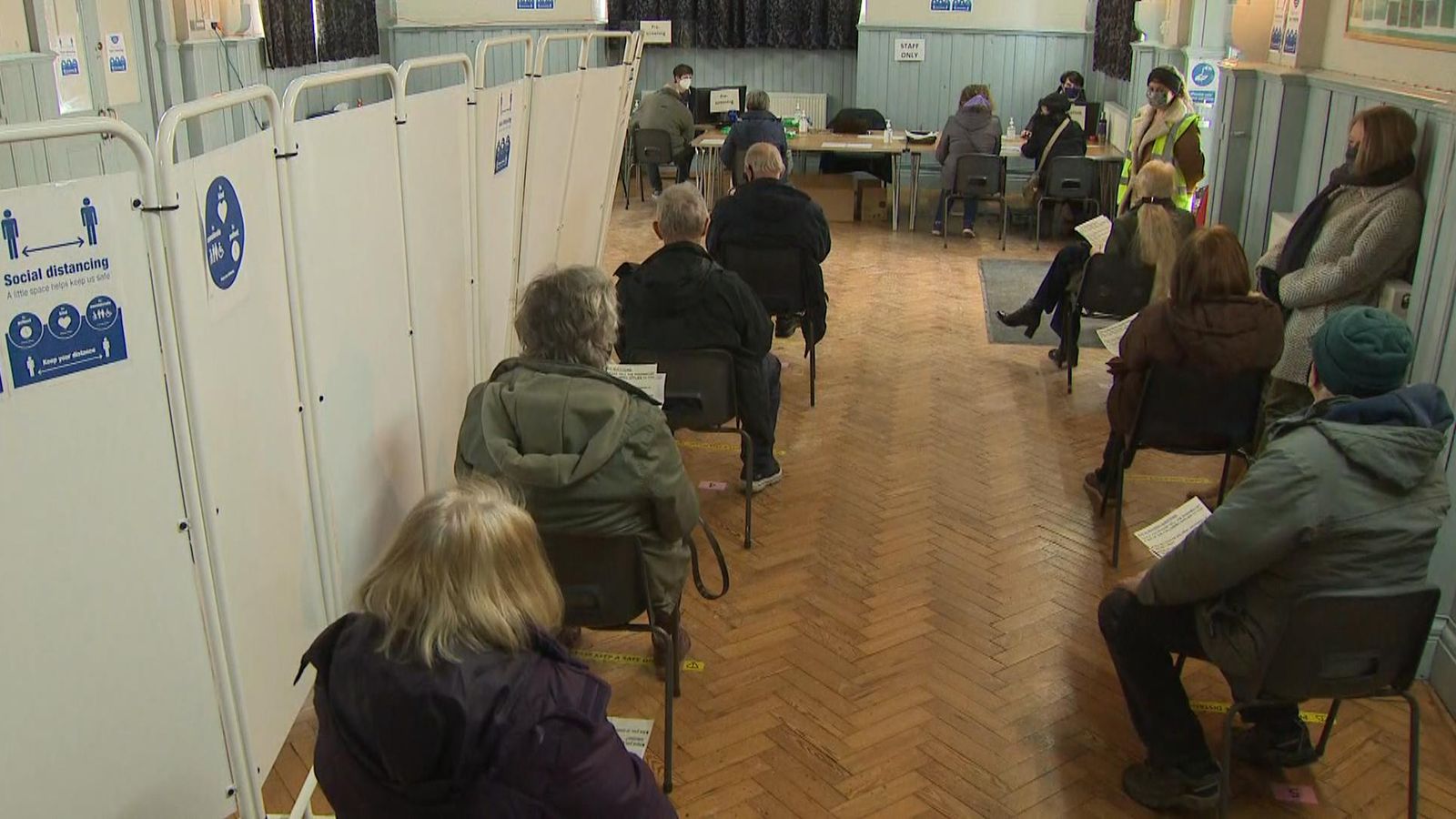 The main village hall in Ticehurst, East Sussex, was once filled with a community buzz – but now it stands as a vaccination centre for nearby village residents.

However, it’s far from just another vaccination pop-up as seen across the country.

It’s a prime example of how a community-led approach has enabled local residents to be vaccinated at a local site, instead of having to travel further afield to a hub elsewhere in the country.

“Every single person willing to help has been so generous,” she says. “One local shop donated a screen for our pre-registration section. Another, loaned a shed for the guy manning the freezing-cold car park.

“Everyone working here has been thought of, and residents have stepped in and helped where they can.”

After the site completed a risk assessment, there were safety concerns which meant the centre might not be able to open. These were mainly problems with lighting, and crumbling footpaths that would hinder those who need wheelchair access.

But people were quick to roll up their sleeves and get involved with the initiative. Local electrician, Daniel Studholme, inserted new lights to aid the safety of elderly people visiting the village hall.

“I came up with the idea of putting bollards in for a gentle light, so people can walk across the pathway,” he says. “I have also taken the liberty to start a Go Fund Me page. We’ve now raised around £7,000 in three days. It’s money we can use to put back into other community projects.”

Ticehurst village hall currently vaccinates 350 residents each day. It’s a step towards speeding up the NHS’s efforts, and helping the government reach their 15 million target in the next few days.

The local pharmacist leading the centre, Hardik Desai, believes this could not have been possible without the help of the community, who have rallied together in times of need. Commuting every day from Hastings, he spends 14 hours a day at the clinic.

“I am indebted to this community. I couldn’t have done it without them. Transforming this village hall means people won’t have to travel far for their vaccines, and makes people’s lives easier. I had to do my bit for the community and I’m glad it’s become a collective effort.”